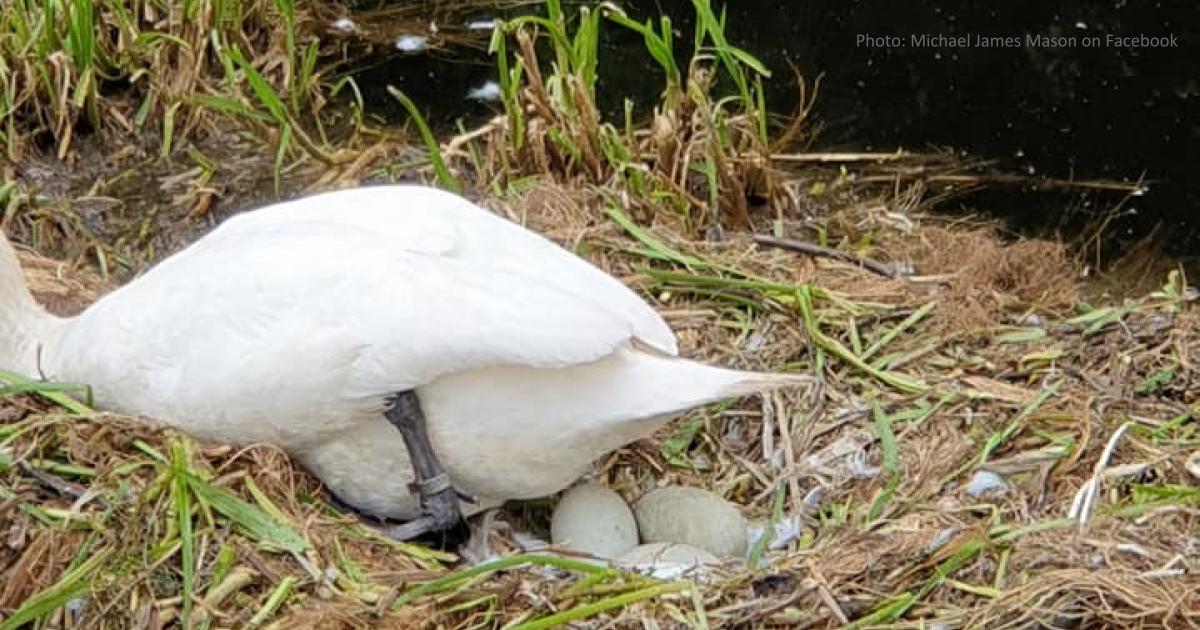 Swans are known to be very emotional creatures and, like humans, they grieve too. What’s more interesting is that they can die of a broken heart.

A mother swan died last Thursday supposedly from a ‘broken heart‘ after teenagers destroyed her nest and broke her eggs.

The swan’s nest was hurled with rocks and bricks by teenagers last month in Bolton, United Kingdom, damaging the nest and breaking three of the six unhatched eggs.

Moorhens, ducks, and a dog have since harassed the female swan since the first attack.

The father swan left two weeks ago and has not returned since. Wildlife enthusiasts believe that the male swan left due to tremendous stress from the teenager’s attack.

Since the first attack, several eggs were lost. The female swan was found lifeless in its nest with just one surviving egg last Thursday, June 18.

San Woodrow, a wildlife activist, explained that a “broken heart” has caused the female swan’s demise, as its partner left after losing their unborn cygnets.

A Facebook post by one Micheal James Mason in a Facebook Group named “All About Bolton” showed several photos of the swan and its nest. Mason posted that he felt like crying when he learned about the fate of the mother swan,  ”Just feel like crying as [I] have followed her progress for about 12 weeks.”

Meanwhile, the Royal Society for the Prevention of Cruelty to Animals was saddened by the development and will be investigating the unfortunate incident.  The group urged anyone with information to contact the group.

Wildlife and Countryside Act of 1991 mandates the protection of the nest, eggs, and the swans.

Like humans, surviving swans also go through a grieving process when they lose their partner and may even die of a broken heart.