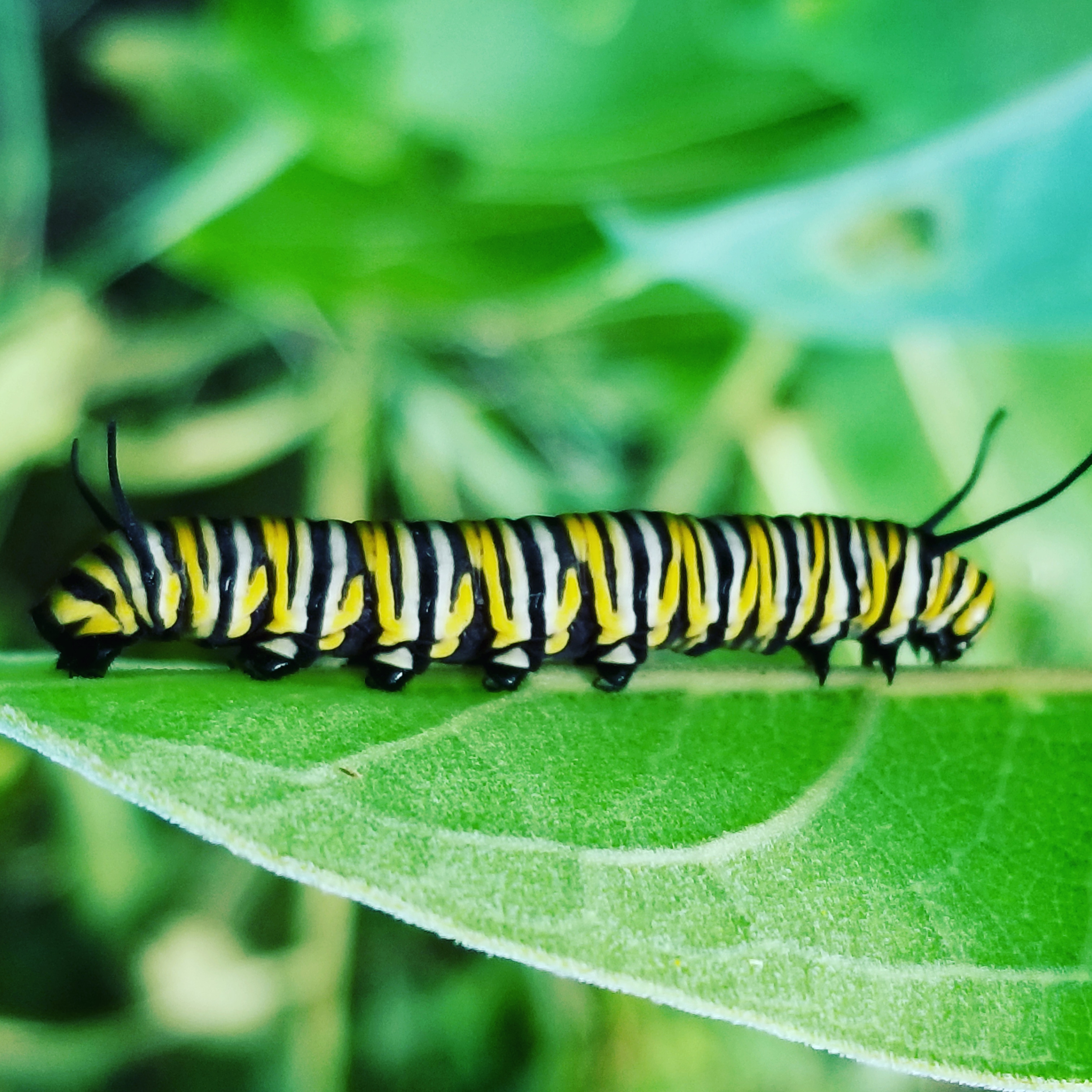 Monarch caterpillars have been demonstrated to head-butt one another as they fight for scarce milkweed food supply.

The dwindling food source causes the insects to become aggressive towards others, as observed by scientists in laboratory experiments.

To become a butterfly, Monarch caterpillars need to gain enough body mass by eating a lot prior to forming their chrysalis. If not, they will never successfully metamorphose into butterflies, which comprises their final and adult life stage.

Scarcity of space and food causes aggressive competition, bringing out the worst behavior seen in these animals.

Researchers set up a laboratory experiment wherein they observed roaming caterpillars. These animals searched for scarcely-available food, and they began to head-butt and lunge at other fellow caterpillars when they saw them eating some limited milkweed leaf.

According to the research team who conducted the study, the seeming purpose of this aggression is to interrupt the other competitor insects and get their food away from them.

The study was led by Alex Keene, a Florida Atlantic University, Jupiter neuroscientist and biologist. They published their report last November 19 online in the journal iScience.

READ ALSO: Milkweeds and Butterfly Gardens to Save Butterfly Monarchs

Keene’s usual subjects for study are cavefish and fruit flies. However, he started adapting his laboratory for the study of monarch caterpillars after he had a chance of observation that piqued his curiosity.

According to Keene, his wife brought two monarch caterpillars to his attention in their backyard, because they were fighting with one another.

He then looked at YouTube for videos of the behavior they observed. He discovered afterward that monarchs had not been documented by science to exhibit such behavior. In other instances, however, other species of caterpillars have been observed to show the same aggression.

When Hurricane Dorian hit Florida in 2019, the plants in the monarch garden of the laboratory were blown away. It became difficult to look for milkweed that was pesticide-free for the study caterpillars to eat. When the required plants were obtained, the research team filmed the animals’ competitive behaviors.

The monarch caterpillars in the lab have been observed to snap at each other and head-butt their competitors to gain access to the provided milkweed leaf, which is the only food they can eat in the wild.

According to biologist Elizabeth Brown, who worked at Keene’s laboratory, the decreasing availability of food caused increasing aggression levels. There was also a so-called “loser response” for the defeated caterpillar, who usually leaves the area.

According to Emory University, Atlanta biologist Jaap de Roode, competition is tough in the wild, because they can only feed on milkweed. They are also stuck on the particular plant they got born on, the only place where they can bulk up, since crawling to other plants is too energy-intensive. Insufficient food in that one plant will mean the animals will not make it.

In addition, these caterpillars require a lot of food in their preparation for metamorphosis. In particular, they need to increase their weight of three thousand-fold for around two weeks. Keene says they are eating machines, with some individuals being more aggressive compared to others.

Further research can explore if these aggressive monarch caterpillars who were aggressive with milkweed acquisition also turn out to become aggressive butterflies.

Check out for more news and information on Insects on Nature World News.