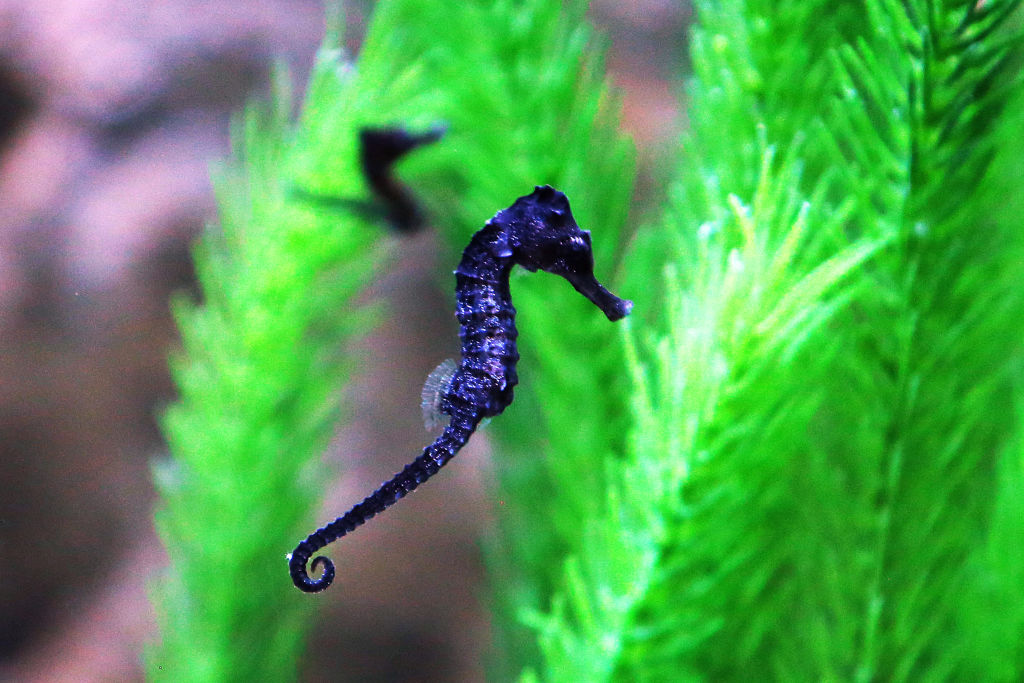 Male seahorses and their near cousins, pipefish, and sea dragons are highly rare in that they get pregnant and give birth to their offspring. Instead of developing the baby seahorses within their bellies in a uterus, like human mothers do, the male sea horse will carry the kids in a pouch, similar to a kangaroo’s pouch.

How do seahorses differ from all other animals?

The pipefish family includes seahorses. Seahorses have several intriguing characteristics aside from their famous look. Among these are chromatophores, which are specialized structures in their skin cells that allow the largely sessile seahorses to change color to match their environment. Seahorses are difficult to notice because they are well camouflaged as they cling to stalks of seagrass in their shallow environments.

Their true biological claim to fame, however, is that male seahorses and sea dragons may get pregnant and produce offspring, which is a unique adaption in the animal kingdom.

Many, if not all, of the 47 known seahorse species, 14 of which were discovered recently in the twenty-first century, are in decline across the world. Wild seahorses were frequently collected for the aquarium trade until recently; they do poorly in aquaria. Captive-bred seas have showed promise as tougher tank dwellers than their wild counterparts in recent years.

How do male seahorses reproduce?

At first, the female seahorse puts her mature eggs into the male’s brood pouch, where they are fertilized, after an elaborate courting dance that might last hours or days. The pregnant male’s abdomen region begins to undulate regularly toward the conclusion of a gestation period that typically lasts two to four weeks, and powerful muscular contractions expel from a few dozen to as many as 1,000 completely developed baby seahorses into the surrounding water.

After then, the offspring are on their own. Large litters are required since only approximately 0.5 percent of the babies survive to maturity.

After giving birth, the seahorse father does nothing else for his offspring. They must fend for themselves and hide from predators because they do not have parents to protect them. The seahorse father does not eat for several hours after his daughter is born. If the infants are still near him after that, they might make a nice feast. That’s correct, males will occasionally devour their own children.

Being a newborn seahorse is difficult. Only one or two of the hundreds of kids born by the male will live to become adults and have children of their own.

A research published recently in the PNAS was able to capitalize on this, and by watching different pregnancies in male seahorses and pipefish, they were able to identify the genes that allow them to bring to term without their immune system destroying the embryos.

The MHC II pathway was discovered to be altered in pregnant cynognathids; for pipefish, this included the deletion of many genes, but for seahorses, the route included a highly divergent invariant chain known as CD74. They believe that this leads in an evolutionary trade-off that sees a decrease in immune function in favor of keeping non-self-embryos, allowing, for the first time in nature’s history, non-self-embryos to be retained.

This involved the loss of many genes in pipefish, but in seahorses, the process included a highly divergent invariant chain known as CD74. They believe that this leads in an evolutionary trade-off that sees a decrease in immune function in favor of keeping non-self-embryos, allowing male pregnancy to arise for the first time in nature’s history (as far as we know).