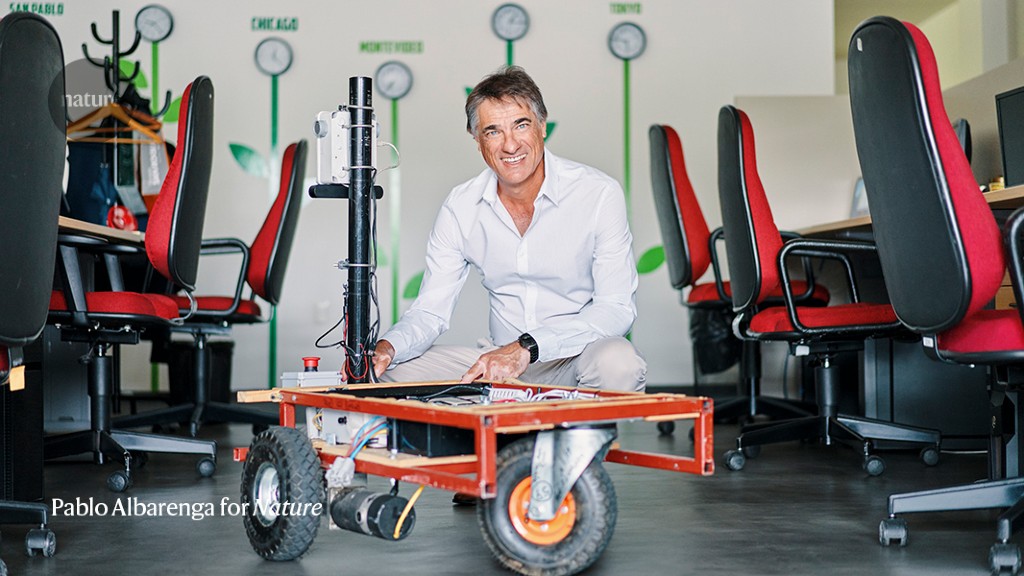 At GeneXus, we build software that builds software. A robot or artificial intelligence, not a human, writes the code for new apps. The company, which I co-founded in 1988, is also working on small autonomous vehicles for agrobusiness. The prototype in this picture — at our global headquarters in Montevideo — which I helped to program, is named MadMax (after the 1979 film). It will work in a greenhouse, transporting lettuces after workers pick them.

This means solving a very big engineering problem — autonomous navigation. We humans can move easily from one place to another because of our sophisticated visual systems and our brain’s complex mapping algorithms. But it is hard for a machine, which has neither, to answer the question: “Where am I?” Autonomous vehicles also have to avoid hitting obstacles, whether stationary or mobile, such as a running child.

In software, the name of the game is innovation. When the COVID-19 pandemic started, the Uruguayan government needed a digital relationship with every citizen — it was like a war situation. So a group of developers, including some from GeneXus, made the app Coronavirus UY in one week.

The app monitors symptoms, connects users to a doctor on a video call and sends out exposure alerts. This feature was a challenge because the government absolutely did not want to track people’s positions. We solved that by using Bluetooth. Phones that are close to one another exchange some data. The app tracks these exchanges and sends an alert to a user’s phone when it has spent more than 15 minutes within 3 metres of another phone whose user has tested positive for COVID-19.

I don’t know where my drive to build things that didn’t exist comes from. But once I have it, I cannot stop it. A painter told me that when he gets inspired, “there are no weekends”. The same thing happens to me.