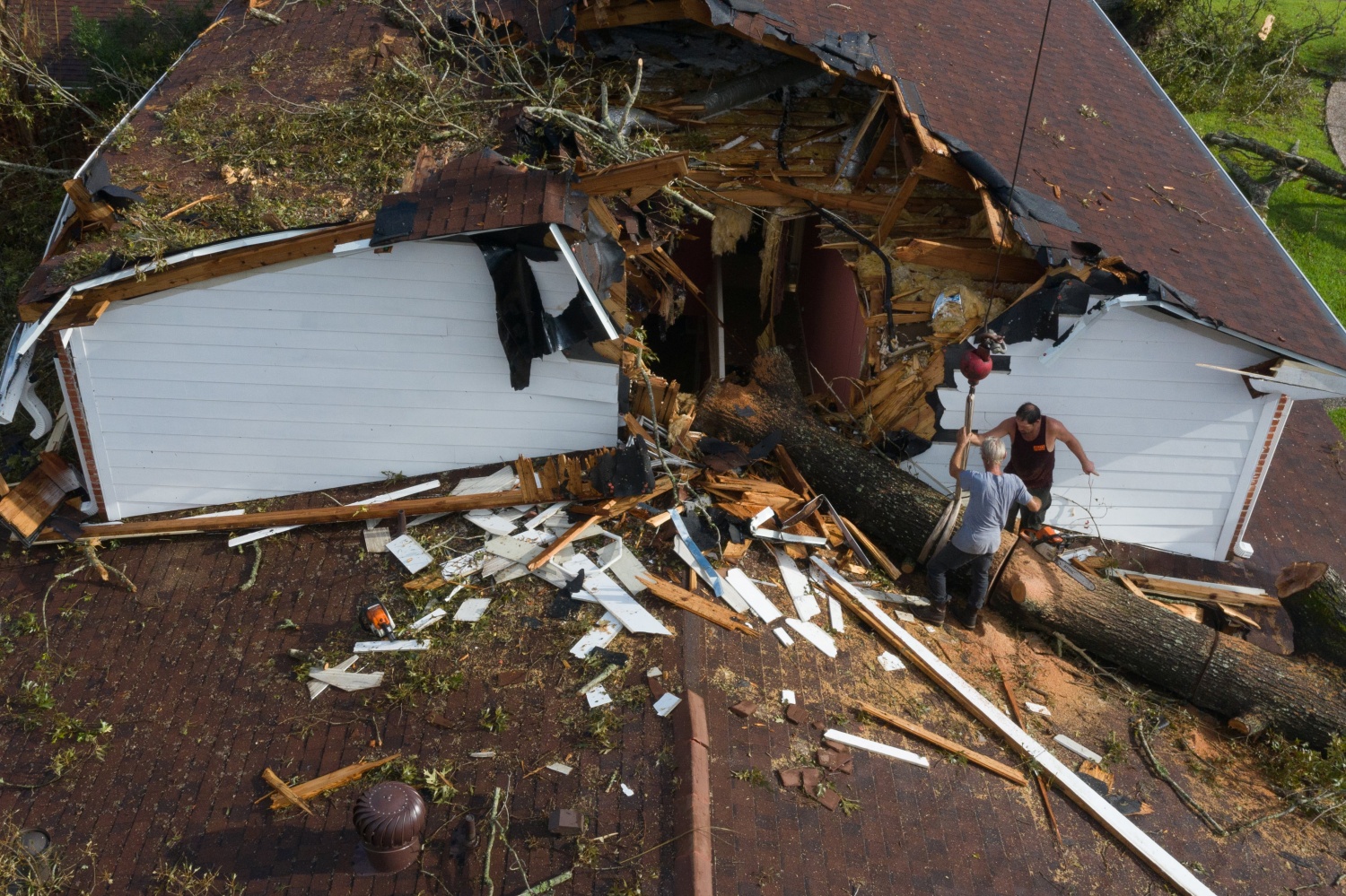 Hurricane Laura is counted among the most powerful storms in US history. In its wake, it ravaged Louisiana, killed six people and left massive damage and destruction. 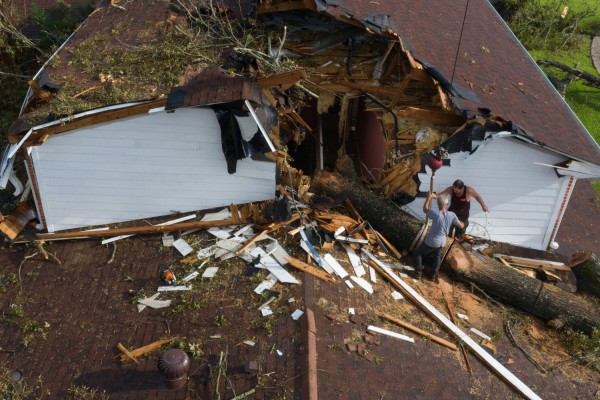 (Photo: Reuters Connect )
Workers Bobby Ore and Steve Piersall remove a tree that fell onto a house in the aftermath of Hurricane Laura in Lake Charles, Louisiana, U.S., August 28, 2020. The residents of the home escaped injury. The image was taken with a drone. REUTERS/Adrees Latif

Laura struck the state and caused widespread destruction across Louisiana. Six people were reported dead from the storm, and maybe more have been killed who were not yet presently said. The mortalities include a 14-year-old teenager and a 68-year-old male senior citizen.

The destructive storm weakened later on and became downgraded into a tropical depression. But it has already destroyed a lot of homes and business establishments.

It also knocked out the power of almost a million residents and businesses in Louisiana and Texas.

Also, the state of Arkansas was put in a state of emergency. It was lashed by Hurricane Laura’s howling winds and caused massive floods.

According to the NHC or National Hurricane Center, as of last night, Hurricane Laura already weakened into a tropical depression, after wreaking destruction in Louisiana when it hit the state as a storm Category 4. As of last night, Laura was located in the vicinity of 30 miles north-to-northeast from Little Rock in Arkansas, having up to 35 mph of sustained winds.

READ: Chemicals Plant in Lake Charles on Fire Due to Hurricane Laura

Widespread power interruptions left hundreds of thousands of Louisiana residents without electricity last night, and no water as well. Entergy, the area’s power company, reported that as of 4 PM last Thursday, over 540,000 power customers had no electricity. The power supplier also said that they have already deployed 16,750 restoration teams to put back power in as many areas as possible and as quickly as they can.

Louisiana state’s Department of Health issued a tweet regarding residents facing outages of water supply. The locals reportedly number over 220,000. Their communities have no access to water, and the destructive effects of Hurricane Laura caused 67 of the water outages.

Tropical Storm Laura reportedly reached the area 35 miles south from Little Rock in Arkansas as of 7 PM CT, with maximum recorded sustained winds reaching 40 mph. The NHC forecast Laura’s center moved over the state of Arkansas last Thursday night and reached mid-Mississippi Valley by Friday. On Saturday, it is expected to be in the mid-Atlantic area states, and by Sunday, it will be over western Atlantic.

Laura caused a fire in a chemical plant owned by BioLab, and it blew out the windows of the Capital One Tower. Both of these buildings are located in Louisiana.

It crossed to the state of Arkansas by 19:00 local time last Thursday. Even if it is already a tropical depression, it still brought heavy rains.

According to John Bel Edwards, Governor of Louisiana, Laura was not as catastrophic and destructive as they expected, but there was still tremendous damage. He warned the residents to continue being vigilant.

President Trump had been briefed about the catastrophe by Washington’s FEMA or Federal Emergency Management Agency. He said he would be going to the affected states this coming weekend to see to the victims of the damage brought about by Hurricane Laura, which ranks among the most powerful storms in US history.

Check out more news and information on Hurricanes and Hurricane Laura on Nature World News.