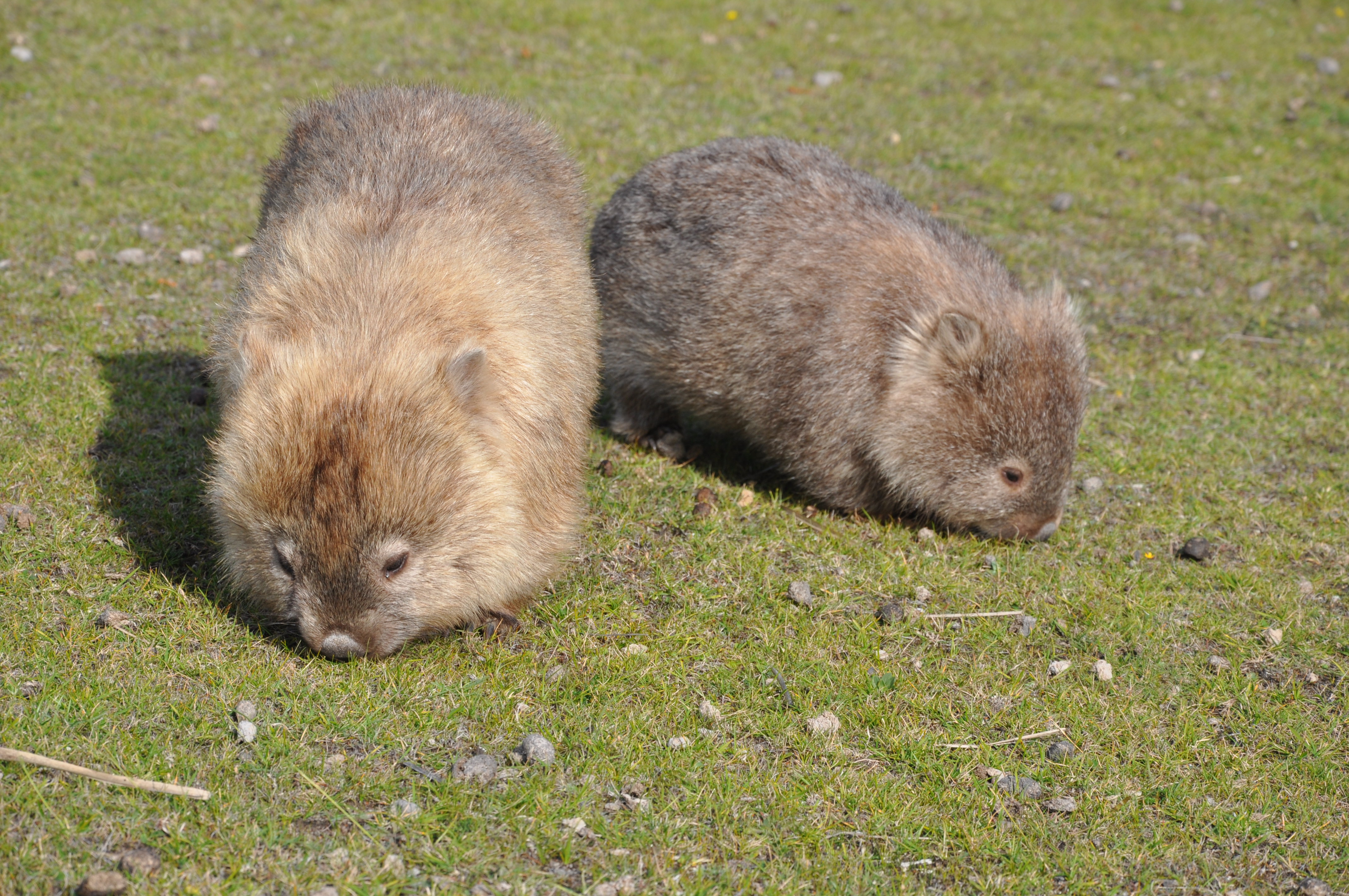 Wombats have unique bum: unlike other mammals with soft rumps, theirs are hard as a rock as it is used for defense, burrowing, fighting for their territory, and mating.

Wombats (Vombatus ursinus) are large, stocky marsupials found in Australia and adjacent islands. A wombat baby is born as tiny, undeveloped young, crawling into a pouch of their mother’s belly and staying there for five months before emerging. At seven months, a young wombat can take care of itself.

READ: Why Do Banana Slugs Bite Their Partner’s Penis Off After Mating?

The wombat’s bums are four plates fused, with cartilage, fat, skin, and fur. According to Alyce Swinbourne, who studied the marsupial’s bottom at the University of Adelaide, wombats use their bums to block burrow holes to prevent predators from entering their burrow and protecting softer areas of their body from harm.

According to Swinbourne, a dingo’s bite may cause harm, but it would not kill the wombat as the rumps are hard. They can also kick with force. She doubts, however, if wombats can crush the skulls of dingoes and foxes using its rump. She said that wombats could do such things based on their physiology and structure, but there is no evidence that it happens.

Skulls of foxes and bodies have been found outside the wombat burrows’ entrance, most often with bones crushed. Swinbourne, however, thinks it is the wombat that makes the kill.

Other than the wombats, the burrow is also used by a range of species, including predators. When they get in there, they might have removed the animal damaging the skull in the process.

Foxes do not usually eat wombat as its powerful defense mechanism is not worth the deadly meal. Foxes almost weigh the wombat. Thus, it may be unlikely that wombats are part of their meal, she said.

Wombat’s bottoms are vital for showing affection and love, especially for the southern-hairy nosed wombat. According to Swinbourne, ”even as juveniles coming out of the pouch, they learn to defend themselves from their mother. She will bite them and they will back into her using their rumps.”

Courtship starts with females biting the bum of a male, and then she would run off with the male chasing after her. The male bites her bum and runs off, and the female bum will run after her.

The mating could then turn violent. So violent that the next morning, there will be chunks of furs around the enclosure where they had this significant mating ritual, something that people would not expect from wombats: the female would kick the male, there will be chasing, and the male will jump on top of her back, claw her and roll her over. A very intense moment for the pair, Swinbourne said.

The University of Queensland is now studying the bum-biting and intense mating technique to develop artificial insemination technologies.

Bums play a vital role throughout the wombat’s life: it is used not only for defense but for showing love, affection, and essential in their mating rituals.

READ NEXT: Sexual Parasitism in Anglerfish Could Prove Beneficial to People With Immune Disorders

Check out more news and information on Animal Mating on Nature World News.