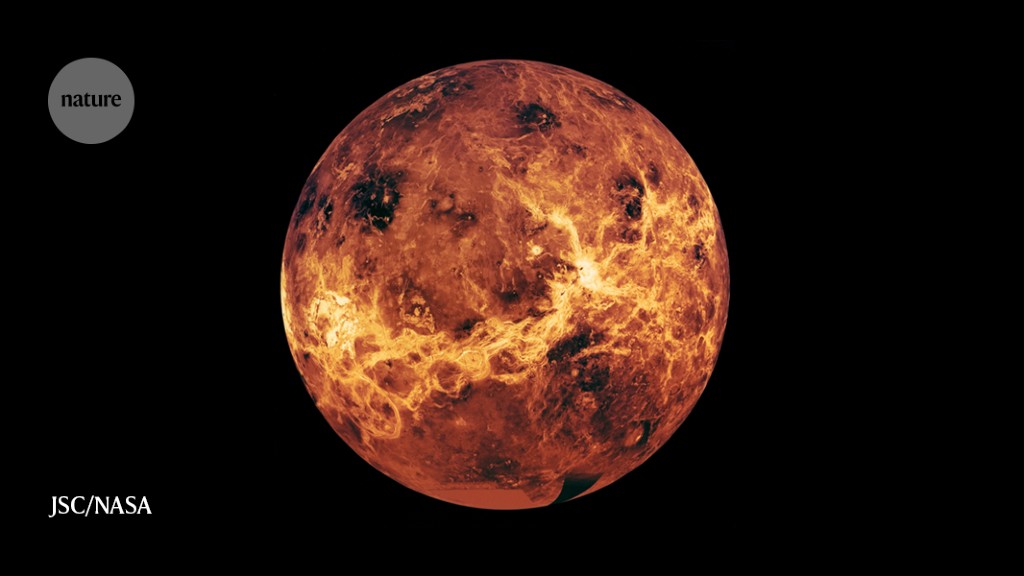 After years of waiting, an armada of spacecraft are headed to Venus. US scientists were thrilled earlier this month when NASA approved not one, but two new missions to our closest planetary neighbour. Now, Europe has followed suit and approved its own mission. The explorations raise the prospect that major questions about this planet — from whether it once had oceans and was therefore habitable to whether it still has active volcanoes — could finally be answered.

On 2 June, NASA announced it would send two spacecraft to Venus this decade: VERITAS, an orbiter that will map the planet’s surface, and DAVINCI+, which includes a probe that will dive into Venus’s atmosphere. On 10 June, the European Space Agency (ESA) announced its own orbiter, EnVision, that would launch in the early 2030s to take high-resolution radar images of the planet’s surface. 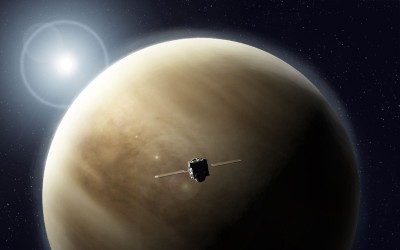 “We’re delighted that all our hard work has paid off,” says planetary scientist Colin Wilson at the University of Oxford, UK, one of the deputy lead scientists on EnVision.

NASA’s pair of spacecraft will be its first missions to Venus since its Magellan orbiter in 1989; EnVision is ESA’s first since Venus Express in 2005. Only one probe currently orbits the planet: Japan’s Akatsuki spacecraft, which arrived in 2015 and is studying the planet’s atmosphere. “Venus has been a forgotten planet for too long,” says ESA’s Håkan Svedhem, the former project scientist on Venus Express.

As the planetary-science community celebrates the approvals, Nature explores the questions that scientists hope these missions might answer.

Why are Venus and Earth so different?

One of the major questions about Venus is why, despite being a similar size to Earth and a similar distance from the Sun, is it a hellish locale with a poisonous atmosphere composed mostly of carbon dioxide and surface temperatures that are hot enough to melt lead, rather than a pleasant oasis for life.

“Why is Venus, our sibling planet, not our twin planet?” says Paul Byrne, a planetary scientist at North Carolina State University in Raleigh. “How is it you can have a world that’s functionally the same as Earth, but with a vastly different history?”

To find out, scientists will use the missions to probe the planet’s geological past to see how it evolved. VERITAS and EnVision will both be crucial in that aim — each will study the geological record of the planet by imaging its surface with their radar instruments.

The DAVINCI+ mission, meanwhile, will include an orbiter that images the planet using ultraviolet and infrared light. It will also drop a small spherical probe into the atmosphere. This will sample the atmosphere, including looking for unreactive noble gases such as helium and xenon, which persist for a long time. “They are clues as to the early formation and evolution of the planet,” says Wilson. “Do they come from magma in the interior, were they there from formation, were they brought by comets?”

Did Venus once have oceans?

Working out whether Venus ever had bodies of liquid water on its surface is crucial to understanding why Venus and Earth are different. Astronomers can see hints of past water in the planet’s atmosphere, but it’s unclear whether this water comes from ancient oceans on the surface that were lost as the planet warmed, or whether water existed only as vapour early in the planet’s history. The former would suggest the planet was once habitable, like Earth. 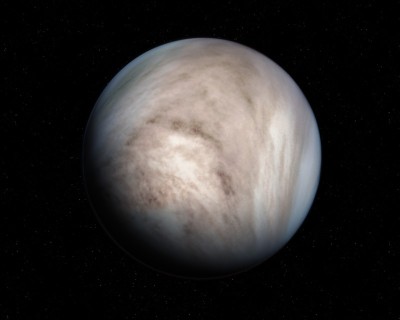 Prospects for life on Venus fade — but aren’t dead yet

DAVINCI+ will be useful in answering this question when it studies the planet’s atmosphere. Its probe will descend for about an hour, sampling the atmosphere up to every 100 metres at lower altitudes and making high-precision measurements to reveal which gases are present, says James Garvin, chief scientist for NASA’s Goddard Space Flight Center in Greenbelt, Maryland, and mission lead for DAVINCI+ . This will surpass data on Venus’s atmosphere taken by the Soviet Union’s Venera probes in the 1960s, 1970s and 1980s.

“The chemical signatures will tell us the history, permanence and nature of past oceans,” he says. “Those will provide boundary conditions for everyone. Then we can tailor the big climate models, and ask questions with other missions like VERITAS and EnVision, with their global mapping.”

Did Venus have continents?

About 7% of Venus is covered in highland regions known as tesserae, plateaus that rise above the surrounding surface. These “might be the equivalent of continents on Earth”, says Byrne.

To find out, VERITAS will study the composition of the tesserae, including comparing their content of the volcanic rock basalt with regions at lower elevation. “On Earth when continents form, the massive amounts of basalt in the oceanic crust melt in the presence of water,” says Suzanne Smrekar, the mission lead for VERITAS at NASA’s Jet Propulsion Laboratory in Pasadena, California. “If we can test this hypothesis, we can show that these huge plateaus are effectively fingerprints of a time when water was present,” with the tesserae being the continental landmasses that were once surrounded by water.

The DAVINCI+ probe will also descend over a tessera called Alpha Regio, taking up to 500 images as it falls to the surface. Although the spacecraft will eventually be destroyed, there is a small chance that it could survive on the surface for several minutes before it is wiped out by the intense pressure and temperature. These pictures of the tessera could be enlightening. “Our final images should have a resolution of tens of centimetres,” says Garvin.

Earlier probes have shown that volcanoes are present on Venus, but it’s unclear whether any have been geologically active in the past few thousand years — or whether they are still active today. Both VERITAS and EnVision will help to answer this question by mapping the surface. EnVision’s high-resolution images in particular are expected to reveal previously unseen surface features.

The mapping will include looking for volcanic features such as lava flows, and the amount of weathering they have encountered could reveal when they erupted. “Fresh lava flows may appear particularly dark or black,” says Wilson.

The Akatsuki spacecraft has seen recent changes in the amount of ultraviolet light absorbed by Venus’s atmosphere, which could be an indicator of recent volcanic activity. “The changing climate of Venus [today] may depend on volcanic activity,” says Masato Nakamura at the Institute of Space and Astronautical Science in Sagamihara, Japan, who is the project manager for Akatsuki.

Is there phosphine on Venus?

Last year, scientists announced that they had detected phosphine — a compound of phosphorus and a possible signature of life — on Venus. How this would have been produced was unclear, but there was a tantalizing possibility that it could have been made by microbial life in the atmosphere.

The result has since been called into question, and the presence of phosphine has been hotly debated. The argument might ultimately be put to rest with DAVINCI+, which might detect phosphine when it samples the atmosphere.

“If there’s a ton of phosphine, we’ll be able to measure it,” says Garvin.

Is there ‘snow’ on Venus?

The planet’s mountaintops above 2.6 kilometres look strangely reflective, like those on Earth do, “where you have snow and frost deposited above a certain altitude”, says Wilson. But Venus is much too hot for water to exist, leading scientists to wonder whether the reflective regions might be something else.

One possibility is a substance called semiconductor snow — a mix of exotic metals such as bismuth tellurium and sulfur, which can condense at these higher altitudes and are all known to be produced by volcanic activity. DAVINCI+ might detect these materials in the atmosphere, whereas VERITAS and EnVision will search for deposits near any volcanic vents.

Perhaps one day, researchers will sample these mountaintops directly, with a lander. “It’s certainly something which is technically possible,” says Wilson.

Why a gargantuan star blinked

A dusty veil shading Betelgeuse during its Great Dimming

Most rivers and streams run dry every year