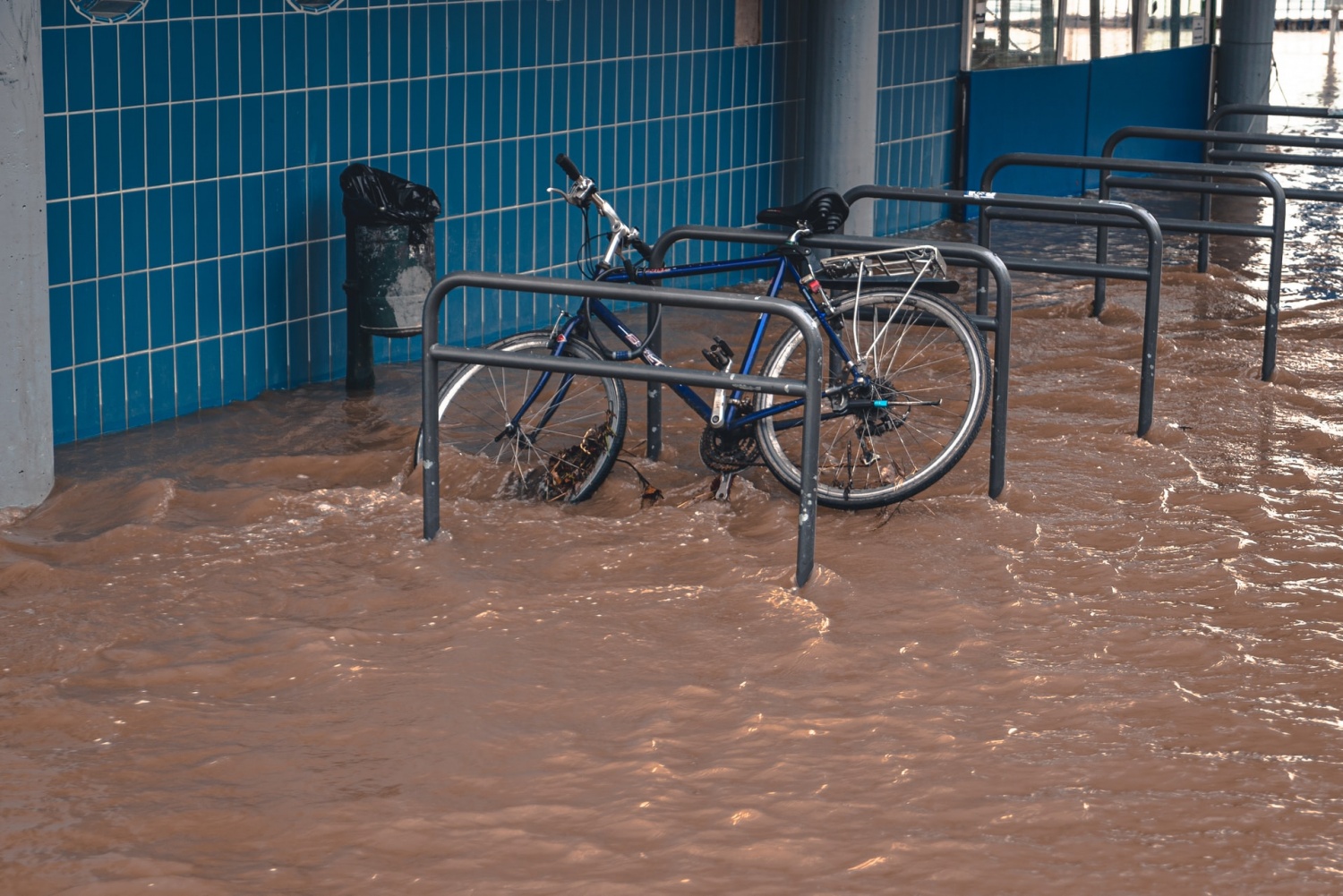 Flash floods are triggered by a variety of factors, the most common of which being exceptionally high rainfall from thunderstorms. Dam or levee breaks, as well as mudslides, can cause flash floods (Debris Flow).

The amount of rainfall, its location and distribution, land use and terrain, vegetation types and growth/density, soil type, and soil water content; all influence how quickly and where flash floods can occur.

Urban areas are also susceptible to flooding in short periods of time, and rainfall (from the same storm) falling over an urban region can cause flooding to occur faster and more severely than in the suburbs or countryside. In metropolitan environments, water-resistant surfaces prevent water from infiltrating the soil, and water quickly flows off to low regions.

People get caught off surprise by flooding because it happens so suddenly. If they come into high, fast-moving water while traveling, their position could turn dangerous. If people are at their homes or businesses, the water could rise quickly, trapping them or causing property damage before they have a chance to defend it.

In recent weeks, flash flooding has devastated large portions of the United States, from Tropical Storm Henri knocking out electricity to severe flooding in Middle Tennessee. Following record-breaking rains that swept through Tennessee earlier this month, families reported losing everything in the floodwaters, and numerous fatalities were reported.

Eleven individuals died in their homes because of flooding, and four more died while strolling or hiking. Twenty-four people died while driving.

Individuals should stay off the road during flash flood warnings, and if a route is inundated, they should “turn around and go another way,” according to Jenelle Eli, a Red Cross spokesperson.

Also read: New Tropical Threat After Hurricane Grace May Bring Another Round of Disasters

How to Protect Yourself During Flash Floods

Experts say there are actions you can do to prepare for storms and flash flooding, such as evacuating your home and knowing safe zones in your area, keeping medical kits ready, preparing emergency food and supplies that could last up to 3 days, and many more.

According to Red Cross, “ensure each family member knows how to get back in touch if they are separated during an emergency” and people should create multiple evacuation plans that ensure the safety of everyone.

Everyone in the family must know what should be done before, during, and after emergency situations like flash floods.

During flash floods, it is important to avoid low spots, like ditches, basements, or underpasses. These become extremely dangerous during a flash flood.

It is not advisable to walk through flooded areas. It is difficult to determine how deep the water is or what lurks beneath it that could harm you. Even shallow, flowing water can cause you to lose your balance. If you must walk in water, walk where the water is not moving as much as possible. Check the solidity of the ground in front of you using a stick.

Avoid touching electrical equipment when wet or standing in water because it will electrocute you, causing nerve damage and even death.

Also read: Western US May Experience Lesser Rainfall Due to Wildfire Smoke