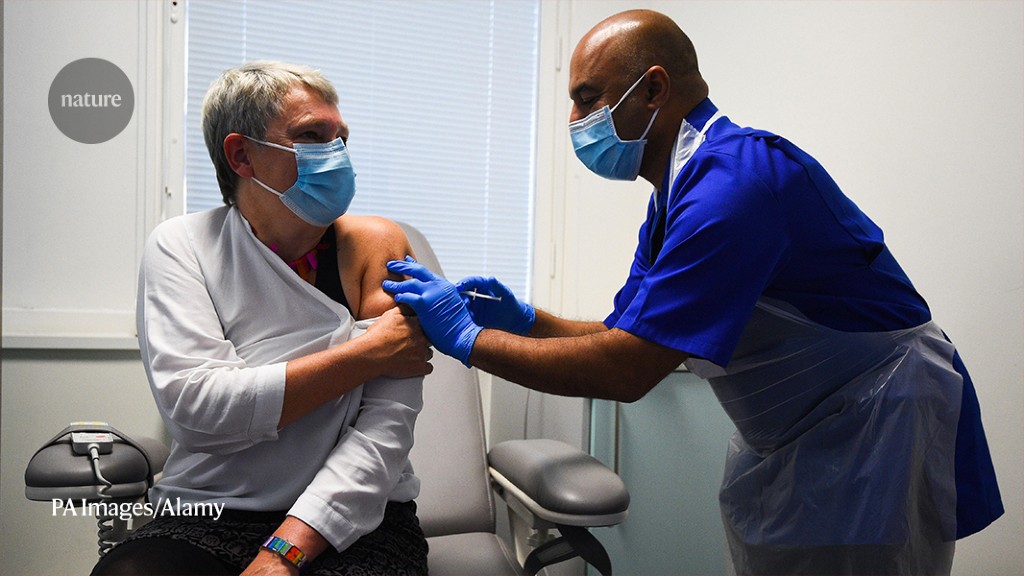 The findings, announced on 28 February by the team that led the South African trial, come from a pair of efficacy trials of Novavax’s protein-based vaccine. The South Africa trial has enrolled more than 4400 participants, the UK trial around 15,000.

The South Africa study is the first in people to show, reassuringly, that the 501Y.V2 variant can be quelled using vaccines. Recent data from lab experiments had suggested that variant was partly resistant to antibodies generated by people who had recovered from COVID-19, as well as those triggered by other vaccines.

“We’re still seeing vaccine efficacy, and that’s incredibly important.” says Glenda Gray, head of the South African Medical Research Council, said at a press briefing announcing the findings. “This will have both an individual and a public health benefit.”

But the results raise the worrying possibility that 501Y.V2 and other variants like it will cause a significant drop in the effectiveness of other vaccines, says David Ho, a virologist at Columbia University in New York City. His team was one of several that linked 501Y.V2 to a drop in potency of antibodies elicited by the Pfizer and Moderna vaccines, which are both based on RNA.

It was only by chance that the South African trial of the Novavax vaccine was able to measure the effects of 501Y.V2. In late 2020, the variant was identified and linked to a fast-growing epidemic that started in the country’s Eastern Cape Province and has since spread across the country and well beyond. The variant now accounts for more than 90% of COVID-19 cases in South Africa and it carries several mutations in the SARS-CoV-2 spike protein — the immune system’s main target against coronaviruses and the basis for most vaccines, including Novavax’s.

“None of the vaccines were necessarily designed against this variant,” Shabir Madhi, a vaccinologist at the University of Witwatersrand in Johannesburg who led the trial, said at the briefing. “It’s a very different virus that’s infecting people in South Africa right now.”

As a result of 501Y.V2’s takeover, this lineage caused nearly all of the COVID-19 cases the trial recorded. The group of people who received two vaccine doses recorded 15 COVID-19 cases, compared with 29 cases among participants who received a placebo injection. This equates to an efficacy of 49.4%. The study enrolled 240 people who are HIV-positive, and when Madhi’s team excluded this group from the analysis, the vaccine was 60.1% effective.

Madhi says he expected the vaccine to perform much worse against 501Y.V2, in light of emerging data showing that it was impervious to many of the potent ‘neutralizing’, or virus-blocking, antibodies generated by people who received other vaccines or have recovered from infection. “A vaccine efficacy of 60% is something which I certainly didn’t dream of when I started to see all of the other data that was coming out.”

The South Africa trial was not large enough to determine whether the vaccine does a better job at preventing severe cases of COVID-19, compared with milder infections. But evidence that other COVID-19 vaccines work this way suggests that the Novavax jab will as well, says Madhi. ”I believe this vaccine will impact on hospitalization and severe disease, probably north of 60%”

Data shared at the briefing also suggested that people who had previously been infected with the original virus were not protected against re-infection by 501Y.V2. Participants who received the placebo were just as likely to get COVID-19, whether they had antibodies against the virus or not. The data needs to be further scrutinized, but the preliminary results are “very worrisome,” says Marm Kilpatrick, an infectious-disease researcher at the University of California, Santa Cruz.

The results from the UK trial are easier to compare with those of other vaccines. There, investigators detected just 6 infections in the vaccine group, versus 57 in the placebo arm, equating to an efficacy of 89.3%.

The UK trial also occurred as a fast-spreading variant, known as B.1.1.7, was taking hold. Lab studies have raised fewer concerns about this variant’s ability to evade immune responses and the trial results confirm this. Researchers estimated that the Novavax vaccine was more than 95.6% effective against the original virus, compared with 85.6% against B.1.1.7.

“First of all, this is great news. This means there will be likely another vaccine that is licensed,” says Florian Krammer, an immunologist at Icahn School of Medicine at Mount Sinai in New York City. The data from South Africa is concerning, but Krammer would like to see more details before passing judgement. “If it turns out that the vaccine protects 50% against symptomatic disease caused by the variant and to a much higher degree against moderate-severe disease, we are still in good shape,” he says.

It’s possible that differences in the trial populations in the UK and South Africa explain some of the discrepancies in the vaccine’s efficacy, says Paul Bieniasz, a virologist at Rockefeller University in New York City. But he suspects that 501Y.V2 is escaping people’s vaccine responses to an extent. “We were not expecting the South African variant to cause a complete loss of efficacy, but a drop from 90% to 60%, if it holds true, is greater than I was expecting,” he says. “I would be surprised if there is not some drop in efficacy with the other vaccine platforms.”

Novavax and other vaccine-makers say they have begun updating their vaccines to tackle the new variants.

Results from efficacy trials of the Novavax vaccine had been highly anticipated, in part, because the shot relies on tried-and-tested technology. Protein-based vaccines are already widely used to prevent diseases including Hepatitis B and pertussis. Novavax hopes to have capacity to produce 2 billion doses of the vaccine this year, with a good chunk of this supply earmarked for low and middle income countries. “This is enormous globally,” says Hilda Bastian, an independent scientist in the area of evidence-based medicine in the Gold Coast, Australia.