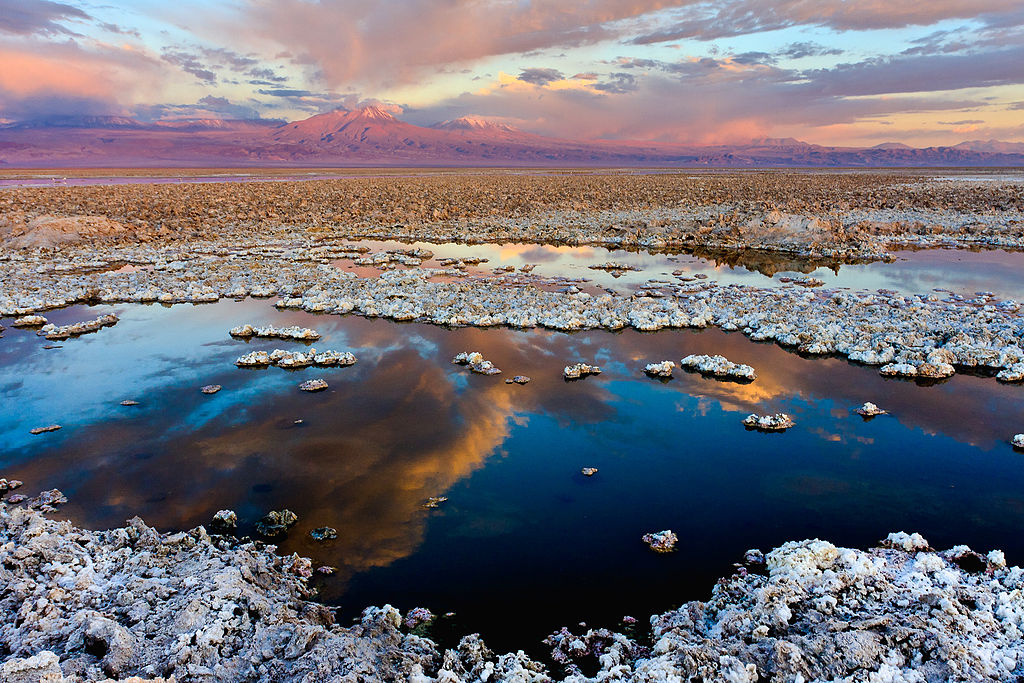 There were no readily accessible oxygen billions of years in Earth’s past, and scientists now think that arsenic, a known poison, may have helped early life on our planet breathe.

In the Atacama Desert in Chile, in Laguna La Brava, researchers study photosynthetic microorganisms that live in a hyper-saline lake that is permanently and utterly devoid of oxygen.

They published their research findings in the journal Communications Earth & Environment. 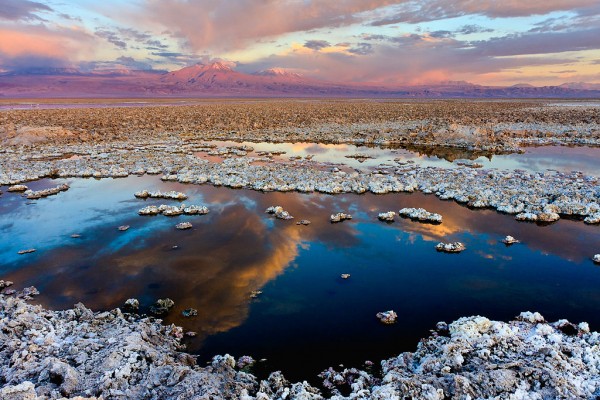 (Photo: Wikimedia Commons)
The Atacama Dry lake, in Chile. At the horizon, the Tunisia, Lejía, and Miñiques volcanoes.

Bacteria which do not breathe oxygen

According to the University of Connecticut geoscientist Pieter Visscher, who has been working on microbial mats for about three and a half decades, it is the only living system on our planet with no oxygen.

Ancient microbial mats fossilize as stromatolites. They have been plentiful on our planet for three and a half billion years, at least. For their first billion years of Earthly life, they had no access to oxygen to photosynthesize.

Scientists still do not know how these life forms lived in these extreme conditions, but now they consider some possibilities. They arrived at these conclusions through the study of stromatolites and extant extremophiles.

In the past, substitutes for oxygen have been speculated to be sulfur, hydrogen, and iron. However, scientists discovered arsenic as a feasible replacement, as they found in Mono and Searles’ hyper-saline lakes in California.

So far, evidence shows that stromatolites in Western Australia’s Tumbiana Formation could photosynthesize using arsenic and light during the Precambrian Era.

The life forms in La Brava resemble the purple sulfur bacteria Ectothiorhodospira sp. closely. They were found recently in a Nevada lake that is high in arsenic, and they seem to photosynthesize by arsenite oxidation, changing it into arsenate.

More research is needed to determine if the microbial life forms in the lake of La Brava can also metabolize arsenite. However, researchers’ initial findings discovered that the rushing waters surrounding the microbial mats contain lots of arsenic and hydrogen sulfide.

READ: The Search for Life on Venus and Other Places in Our Solar System

Suppose the researchers are correct, and the microbial mats in La Brava do indeed utilize arsenic this way. In that case, they are the first life forms discovered that can do it in an environment that is completely and permanently free of oxygen, just as Precambrian conditions were.

These microbial mats can serve as an ideal model for studying early life forms that lived on Earth. According to genomic research findings, these La Brava microbial mats are capable of metabolizing sulfur and arsenic.

According to the study authors, arsenate reduction may be more effective compared to sulfate reduction. There is evidence that these two pathways occur, making it possible to believe that arsenic metabolism supported microbial mats during the Precambrian.

Implications for the Search for Alien Life

If this conclusion proves true, then it has implications in our constant search for alien life on other planets.

For example, Visscher says that scientists should also look for arsenic as evidence for non-oxygen breathing Martian life in addition to iron.

Check out more news and information on Climate Change and Arsenic on Nature World News.