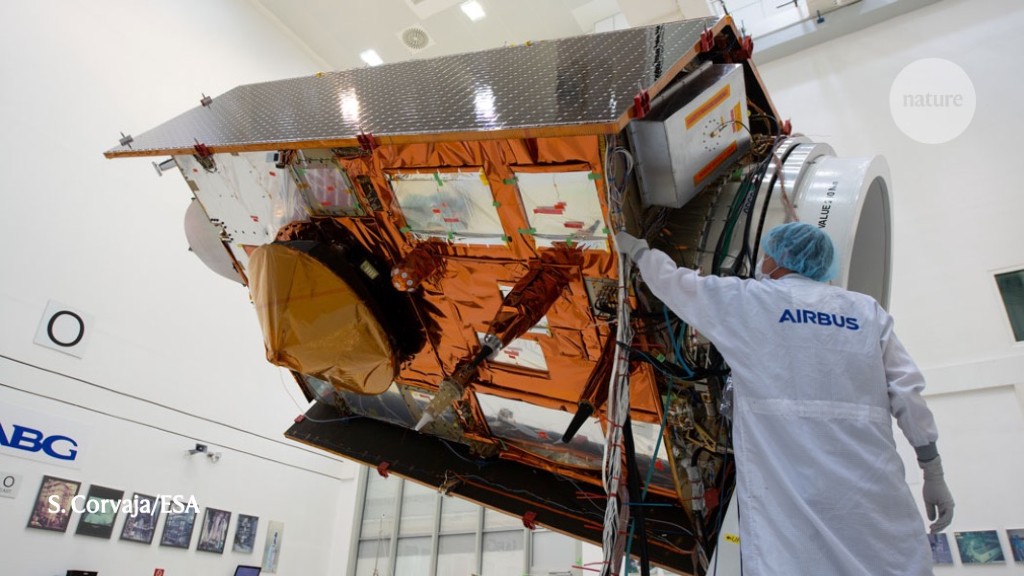 The European Space Agency has secured a massive boost to its budget. At a pow-wow of European ministers in Seville, Spain, on 27–28 November, the agency’smember states pledged €12.5 billion (US$13.8 billion) for 2020–2022, compared with the €8.6 billion approved at the last meeting in 2016.

The hike means that the European Space Agency (ESA) can accelerate the schedule of its flagship gravitational-wave mission LISA, and boost the capabilities of its next-generation array of climate-observing Copernicus satellites.

“For me it’s a surprise. It is even more than I proposed,” ESA director-general Jan Wörner told journalists at a press briefing after the event. Although ministers have not yet provided a detailed breakdown of the upcoming budget, Wörner said that they had pledged a 10% hike for ESA’s basic-science projects — smaller than the overall increase, but still the biggest rise in 25 years. Science funding at the agency had stagnated and failed to keep pace with inflation. “After a long period, we got this increase, and I am very grateful,” said Wörner.

The boost to the science budget will allow the agency to bring forward its space-based gravitational-wave mission, the Laser Interferometer Space Antenna (LISA), by two years, from 2034 to 2032. This could bring a huge dividend for scientists: it would allow them to observe merging supermassive black holes both through the ripples such mergers generate in space-time, and through the X-ray radiation caused by falling matter, which will be picked up by ESA’s Athena X-ray telescope, set to launch in 2031. In addition, the uptick in science funding will allow ESA to fund new ‘fast-class’ missions that will go from selection to launch in around eight years, compared with a typical ten years or more.

As part of a new €432-million ‘space safety’ budget stream, European nations also backed a science and planetary-defence mission known as HERA that scientists have been working towards for 15 years. The mission will observe the aftereffects of NASA’s Double Asteroid Redirection Test, which is due to crash into the moon of the binary asteroid system Didymos in 2022.

Studying such impacts is crucial to understanding how planets form and how to protect Earth from asteroid strikes, says Patrick Michel, a planetary scientist at the French National Centre for Scientific Research in Nice and principal investigator for HERA. A previous proposal failed to secure funding at the last ministerial meeting, in 2016. “I’m so happy the ESA delegations were convinced this time,” he says. “This is a great moment for asteroid missions, planetary defence, and also science as a bonus.”

For human and robotic exploration, ministers agreed to a budget of nearly €2 billion. This includes around €300 million to make transportation and habitation modules for NASA’s moon-orbiting Gateway, as well as €150 million for robotic lunar missions.

The projects funded “will enable lunar science that would not otherwise be practical,” says Ian Crawford, a planetary scientist at Birkbeck College London. In particular, he adds, it will enable access to the lunar geological record, which can shed light on the origin of the Moon itself and of the Earth-Moon system.

Meanwhile, Europe’s flagship Earth-observation programme, Copernicus, received a surprise windfall: €400 million more than the agency had asked for. In partnership with the European Union, ESA will now develop six environmental-monitoring satellite systems under the programme. The extra cash will allow ESA to increase the resolution of instruments on a carbon dioxide-monitoring mission known as CO2M and allow a hyperspectral camera, known as CHIME, to fly on a craft of its own, rather than wait for a ride on a later mission in the 2030s.

Other projects that can now press ahead include the design of Europe’s first quantum satellite, SAGA — which will form part of a wider European quantum-communication network — and a project designed to demonstrate ways to remove space debris from orbit.

Not every mission got the funding it wanted. Lagrange, a proposed European space-weather satellite that would give early warnings of catastrophic solar storms heading for Earth, will not be able to develop “at full speed”, because it failed to get the full amount it needed, said Wörner. Member states also deferred a decision on whether to fund a robotic science mission to Neptune or Uranus until their next meeting in 2022, by which time it should be clearer whether US collaborators can raise the cash for a joint mission.