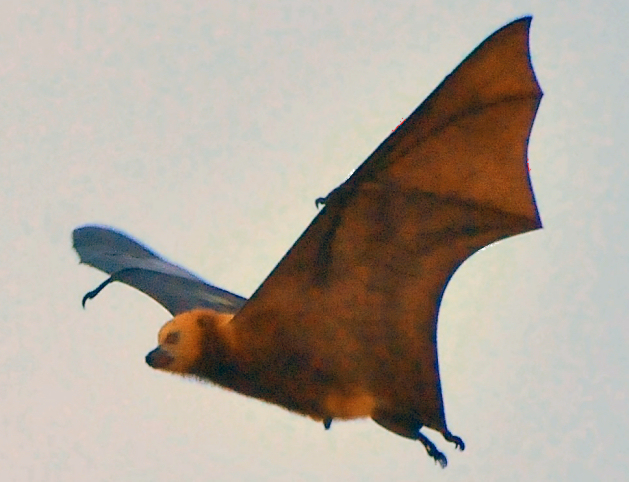 The government of Mauritius recently announced its controversial plan to cull or “control exercise” endangered Mauritius fruit bat (Pteropus niger) to protect the nation’s fruit industry. The bat culling will be done from October 28 to mid-December this year.

Bat culling has been a controversial issue in Mauritius. Fruit bats are known to eat fruits and farmers and orchard growers complain that the bats damage their lychee and mango harvests.

According to a National Geographic article in 2019, the trouble for the bats started in 2002 after Mauritius fruit growers began exporting their mangoes and lychees and mostly blamed the flying foxes for the rotten mangoes and chewed lychees on the ground.

READ: When the Olives Are Gone: The Apocalypse Brought by Xylella fastidiosa

According to Herve Hardy, a retired sugar factory transport manager and one of the most outspoken advocates for culling, the bats were only confined in the forest in the 1970s but now there are bats everywhere. He said that as of 2015, there are 579,000 fruit bats. Hardy calls for reducing the flying fox population to about 13,000, the number he estimates lived on the island in the 1970s. Many fruit growers and their lobbyists began calling for bat culling.

The call prompted the government to order the bat culling of tens of thousands of bats in 2015, 2016, 2018, and 2019 saying that bat culling is necessary to protect the crops of fruit growers as “they cause significant damage to plantations.”

READ ALSO: Vampire Bats With Infection Found to Self-Isolate From Their Friends but Still Care for Their Family and More Bat Facts

Vincent Florens, an ecologist at the University of Mauritius however disagrees with the figures. Florens deems that since the government did the bat culling late in the year, many mothers were pregnant and had babies. “You shoot one bat and basically kill two.” Bats that were injured and later died were also not included in the official count. Florens also disagrees with Hardy’s estimation of the bat figure (579,000 bats) saying it is biologically impossible as the island is not large enough and does not have enough food to sustain the flying foxes. The flying fox’s population has decreased by more than fifty percent since the 2015 culling.

A preliminary study indicates that flying foxes account for 11 percent damage to large mango trees and nine percent to lychees. In a research published in the Journal for Nature Conservation, growers allowing the fruit to overripe add to the waste. Strong winds and other fruit-eating animals and insects also cause fruit damage.

Several academic studies also revealed that the damage to fruit in the island’s orchards is not due to bats but birds that are invasive in Mauritius. And yet, the government is bent on blaming the fruit bats.

Lychee production fell by 70 percent since the first culling because of the mix of the weather, invasive fruit flies, birds, macaque, and rats, Florens reported in the Journal for Nature Conservation.

Florens and several conservation groups have filed a case against the government for the bat culling action.

Conservation experts recommend other non-lethal solutions as an alternative to bat culling. Recommendations include covering the orchard with nets, planting trees in a row, and pruning it to stay small which improves the netting efficiency and increases the yield as is being done in Australia and Thailand.

As litigation continues, Florens and other conservationists continue to push for education to propose alternatives to killing the endangered Mauritius fruit bats than the bat culling.

READ NEXT: The Only Flying Mammal: Why Bats Are One of Evolution’s Greatest Mysteries

Check out more news and information on Bats on Nature World News.

Coughed particles float for longer in cold air, study suggests
Facebook knows Instagram harms teens. Now, its plan to open the app to kids looks worse than ever
Elon Musk Says Next SpaceX Mission Will Have Free Wi-Fi, Food Warmer
GoPro debuts the HERO10 Black action camera
One size does not fit all: A compost procurement policy for all cities