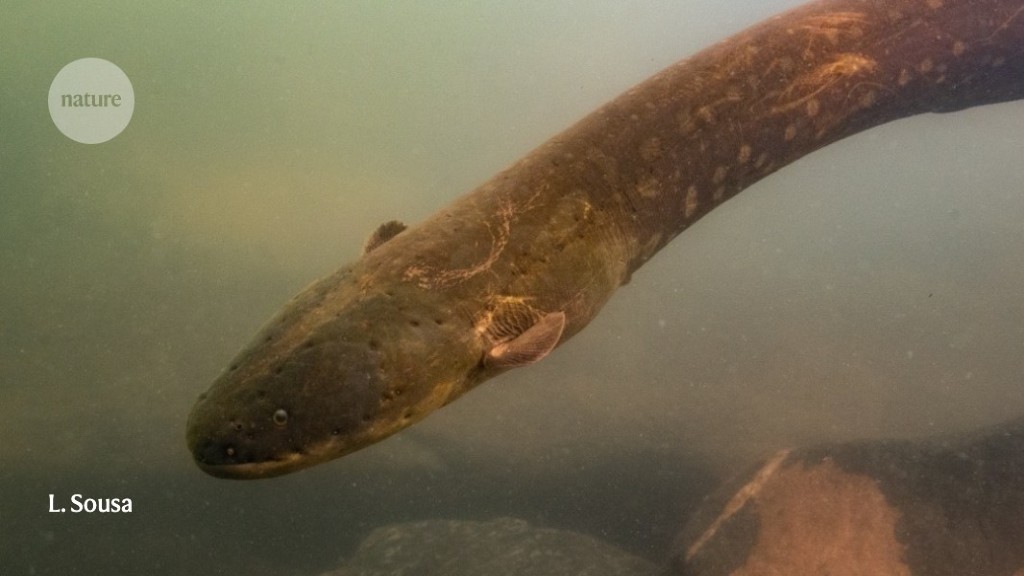 Deep in the Brazilian Amazon, researchers have found that electric eels can work together to rustle up a meal ― not unlike wolves or killer whales do.

Years of scientific observations had categorized electric eels as solitary predators that stunned single fish into submission. But Douglas Bastos at the National Institute of Amazonian Research in Manaus, Brazil, Carlos David de Santana at the Smithsonian National Museum of Natural History in Washington DC and their colleagues have corrected the record: they filmed more than 100 Volta’s electric eels (Electrophorus voltai) hunting as a group.

The researchers saw that around dusk and dawn, a gaggle of eels in a lake started swimming in circles to herd shoals of small fishes into shallow waters. Then followed a synchronized attack. As many as ten eels simultaneously zapped the prey with powerful electric discharges, making the fish jump out of the water and fall to the surface, where they were quickly gobbled up by their predators.

This behavior, de Santana says, is probably rare and might occur only when the buffet of prey is abundant enough to feed a lot of eels.