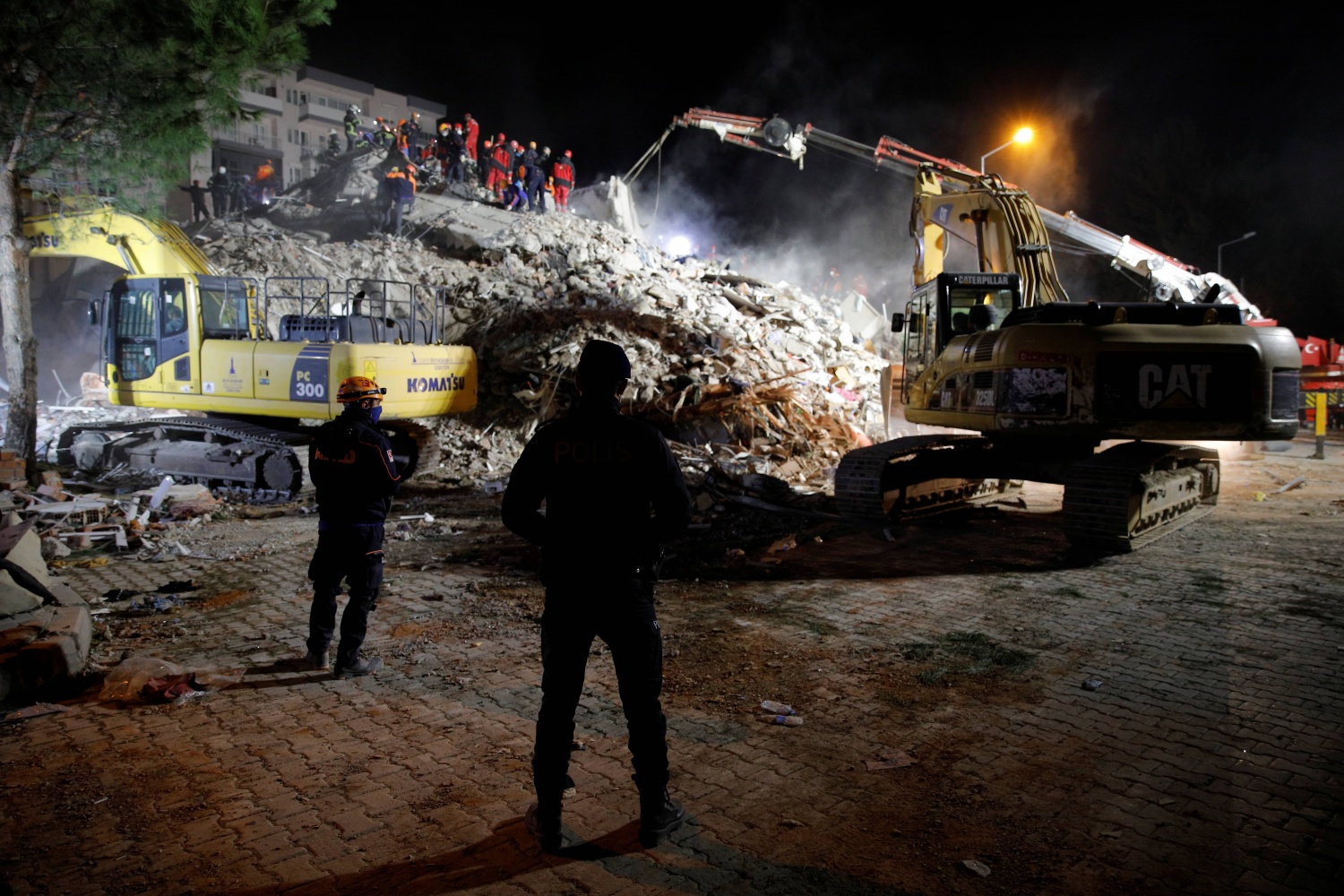 A powerful 7.0 magnitude earthquake hit Turkey and Greece on Friday afternoon, killing at least 19 people, causing buildings to crash down and triggering a “mini tsunami”.

The tremor’s magnitude, according to the United States Geological Survey (USGS) was at  7.00. Authorities in Turkey said it was 6.6.According to USGS, the quake struck 14 kilometers noreast of Neon Karlovasion on Samos, at 1:15 p.m. Greek time.

The quake had a relatively shallow depth of 10 kilometers, making its impact more felt at the ground level around the epicenter.

According to USGS, the quake was felt as far as Athens and Istanbul.

Earthquakes are common in Turkey and Greece as both countries lie on fault lines.

Damages And Death Toll in Turkey

In coastal areas in Turkey’s west, authorities reported that 17 people were killed, while two teenagers died on the Greek Island of Samos after a wall collapsed on them.

According to Mayor Tunc Soyer, at least 20 buildings in the city of Izmir were damaged. Vehicles were crushed under buildings and people are searching for survivors in rubbles. Izmir is Turykey’s  third largest city with a population of almost three million.

The country’s disaster agency reported at least 709 people were injured in Turkey while dozens were rescued as rescuers search for survivors using diggers and helicopters.  At least 70 people had been rescued from rubbles.

Rescuers are still combing through 17 buildings to search and rescue survivors. Four of the buildings has collapsed, Murat Kurum , Tukey’s Environment and Urbanization Master said.

Izmir Governor Yavuz Selim Köşger urged residents to stay off the roads and refrain from unnecessary use of mobile phone for emergency vehicles to get to affected areas and response teams could communicate effectively.

Tent areas were set to accommodate around 2,000 people as fears that more buildings could collapse.

According to Samos Deputy Mayor Giorgos Dionisiou, some old buildings had collapsed from the quake. The quake has caused a mini-tsunami in the area.

Greek authorities warned residents to keep away from shore and buildings, and to watch out for high waves as aftershocks continues.

Despite the tension between Greece and Turkey over energy claims in the eastern Mediterranean, Greek Prime Minister Kyriakos Mitsotakis said on Twitter that they have reached out to its Turkish counterpart. He said he called Turkey President RT Erdogan to offer his condolences from the disaster that hit their countries.

“Whatever our differences, these are times when our people need to stand together,” Mitsotakis added.

The Turkish President also offered his condolences to Greece. Greece and Turkey are neighboring countries  showing “solidarity in difficult times is more valuable than many things in life,” he said.

Meanwhile, French Interior Minister Gérald Darmanin posted on Twitter that France had offered to provide assistance to Turkey and Greece.

READ NEXT: Meteor Fireball Lights up Mexico Sky Together With Arrival of Hurricane Delta and Minor Earthquakes

Check out more news and information on Earthquakes on Nature World News.