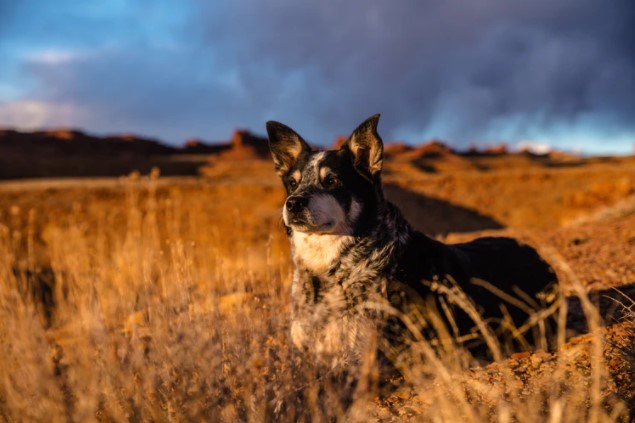 Aside from being faithful companions, dogs have also been known to be a valued ally for law enforcement; their keen senses can detect bombs, contrabands, and drugs, among many things. But, one dog from Montana chose a more serene career choice.

Pepin, a Belgian Malinois from the Missouri River’s headwaters in Montana, is a park ranger! Or, at least, he acts like one. Nonetheless, Pepin dedicates her life to aiding his partner Megan Parker, an ecologist.

Parker and Pepin have been helping workers from conservations and wildlife sanctuary around the world. Not just in their native Montana.

The keen sensed Malinois had tracked everything, from endangered foxes in San Joaquin Valley to gorillas in Cameroon’s mountains.

In Missouri, Pepin gives his signal to Parker when he finds his target. He would lead her to various animal droppings like those left by wolves, cougars, bears, and other big carnivores in the area.

They have been doing this to gather data to get a detailed image of how the wild ranging animals behave on the land-a part of a wildlife corridor of the Greater Yellowstone Ecosystem.

Animal droppings are a gold mine of information for Parker and her team. They can extract DNA samples from the excrements to figure out a wide variety of information.

From their poop, Parker and her colleagues can know the animals’ diet and find out if there’s a disease spreading among them; they can even determine the genealogy of the animals in a specific area. Researchers and scientists analyzed all this data because of dogs sniffing poops.

Parker and Pepin works for the WD4C.

The Working Dogs for Conservation (WD4C) is a nonprofit organization dedicated to working alongside dogs to the conservation of various wildlife species all over the world.

They recognized the dog’s keen senses, especially their sense of smell, and utilize it, along with the fact that dogs work better alongside human partners, to ensure that endangered animals are kept safe and will continue to be protected for future generations.

“These dogs have succeeded at virtually every task we’ve put before them,” said Pete Coppolillo, a conservation biologist who studied wildlife on several continents before becoming WD4C’s executive director. “We get some pretty crazy queries from wildlife researchers and managers wondering if dogs could detect this or that. They’ve surprised us so often that these days we generally say, ‘Why not give it a shot?’ And we rarely regret it,” he added.

WD4C builds upon the techniques used in training dogs for rescue operations, search and retrieval, and law enforcement like detecting illegal drugs, corpses, and dangerous weapons.

Their philosophy was that if dogs have the ability to sniff out things for humans, why not use those skills for protecting their own.

One of the most successful projects that the organization has started is being at the forefront of the fight against illegal wildlife trafficking. Pepin’s colleagues can sense weapons and munitions commonly used for hunting and poaching, tranquilizers, traps, and even animal ivories and scales.

It is incredible how far the mutual relationship between man and animal has gone. The works of the WD4C and other organizations with the same means of operation and goals are proof that respect and camaraderie can go the distance – even between members of different species.