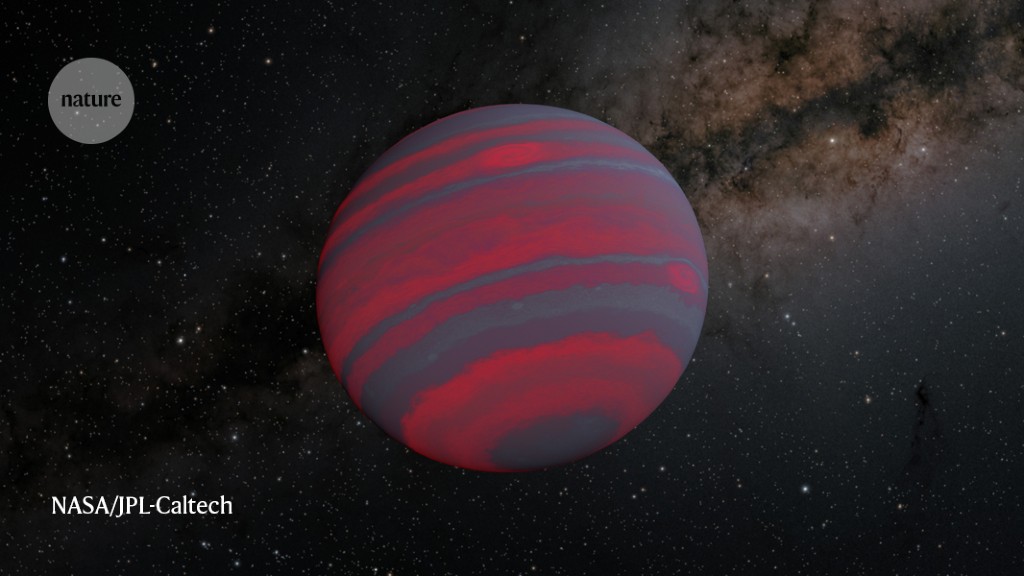 Astronomers have caught three brown dwarfs spinning at the fastest rates ever recorded for these objects, which are sometimes described as ‘failed stars’.

Brown dwarfs are celestial objects with masses that fall between those of large, Jupiter-like planets and the smallest ordinary stars. They are cooler and dimmer than ordinary stars because they are too small to sustain long-term nuclear fusion.

Megan Tannock at the University of Western Ontario in London, Canada, and her collaborators analysed nearly 80 brown dwarfs with regular variations in their brightness and light spectrum. Such variations are produced when brighter spots on the stars’ surfaces come in and out of view as the stars rotate. Measuring the period of such variations gives an accurate estimate of how fast a star is spinning.

The authors found that 3 of the brown dwarfs had record-short rotation periods, ranging from 1 hour and 5 minutes to 1 hour and 14 minutes. The similarity between the periods suggests that the objects might be moving at close to a maximum speed limit, beyond which they would break apart.