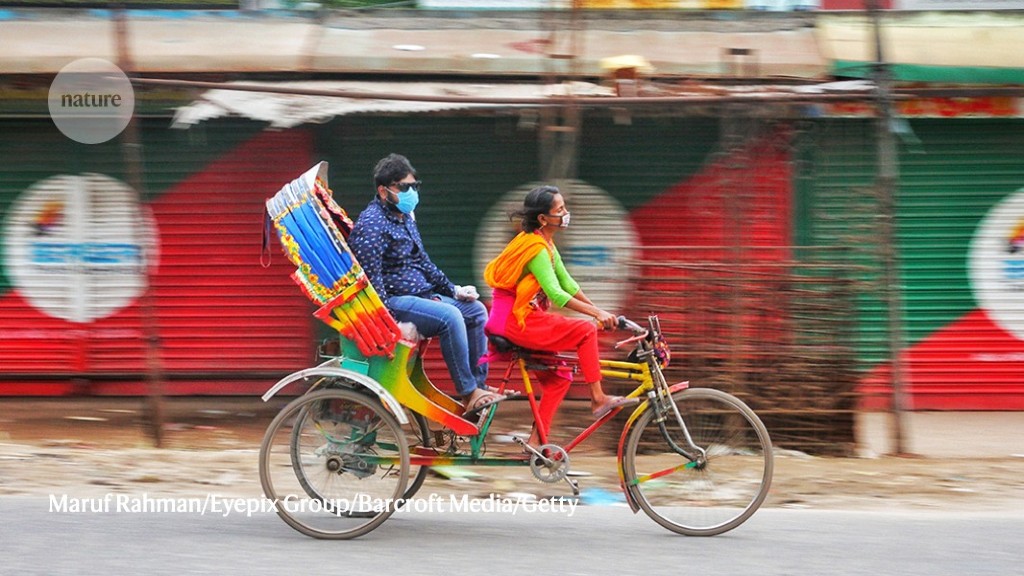 Techniques that have armed scientists in the battle against COVID-19 have scooped up two out of five US$3-million Breakthrough prizes.

One award went to Katalin Karikó and Drew Weissman at the University of Pennsylvania in Philadelphia, who discovered how to smuggle mRNA into cells, leading to the development of a new class of vaccine. Another was won by three chemists who developed the sequencing technique that has been used to rapidly track SARS-CoV-2 variants: Shankar Balasubramanian and David Klenerman at the University of Cambridge, UK, and Pascal Mayer at the French research firm Alphanosos. A third life-sciences prize was awarded to Jeffery Kelly at Scripps Research in La Jolla, California, for work on amyloidosis — a disease that can affect various organs and cause neurodegeneration.

The fundamental physics prize went to Hidetoshi Katori at the University of Tokyo and Jun Ye at the US National Institute of Standards and Technology in Boulder, Colorado, for inventing the optical lattice clock, an extremely precise time-measuring device.

And Takuro Mochizuki at Kyoto University in Japan was awarded the maths prize for extending the understanding of algebraic structures called holonomic D-modules.

By exploring the evolutionary origins of an enzyme used in the CRISPR genome-editing system, researchers have unearthed more than one million other potential editors lurking in microbial genomes.

They discovered the new editing enzymes among a family of proteins called IscB (H. Altae-Tran et al. Science https://doi.org/gmq94w; 2021). These proteins are thought to be the ancestors of the CRISPR enzyme Cas9. During genome editing, Cas9 teams up with a snippet of RNA that guides the enzyme to find and cut a specific DNA sequence. This allows researchers to easily target Cas9 to the region of the genome they want to alter.

The researchers found that the DNA responsible for encoding IscB proteins is often located near the DNA for a class of RNA molecules that they dubbed ωRNAs. They discovered that some IscB proteins can cleave DNA at a site specified by the sequence of an ωRNA, much as Cas9 does with a guide RNA.

The team went on to investigate another family of proteins, called TnpB, which are thought to be the ancestors of another DNA-slicing CRISPR-associated enzyme, called Cas12. They found that some of these proteins could also cut DNA when guided by ωRNA. Database searches turned up more than one million genes that could carry the code for TnpB proteins, and some organisms contain more than 100 copies of these genes.

The discovery could yield further tools for genome editing, says lead author Feng Zhang, a molecular biologist at the Massachusetts Institute of Technology in Cambridge.

A gold-standard clinical trial has concluded that wearing masks reduces the spread of COVID-19, backing up the findings of hundreds of previous observational and laboratory studies.

Critics of mask mandates have cited the lack of relevant randomized clinical trials, which assign participants at random to either a control group or an intervention group. But the latest finding is based on a randomized trial involving nearly 350,000 people across rural Bangladesh. The study’s authors found that surgical masks — but not cloth masks — reduced transmission of SARS-CoV-2 in villages where the research team distributed face masks and promoted their use (J. Abaluck et al. Innovations for Poverty Action Working Paper https://go.nature.com/3hhfeki; 2021).

“This really should be the end of the debate,” says study co-author Ashley Styczynski, an infectious-disease researcher at Stanford University in California.

Styczynski and her colleagues began by developing a strategy to promote mask wearing, with measures such as reminders from health workers in public places. This ultimately tripled mask usage, from only 13% in control villages to 42% in villages where it was encouraged. The researchers then compared numbers of COVID-19 cases in the control villages and the treatment communities.

The team found that the number of symptomatic cases was lower in treatment villages than in control villages. The decrease was a modest 9%, but the researchers suggest that the true risk reduction is probably much greater, in part because they did no SARS-CoV-2 testing of people who had no symptoms or whose symptoms did not meet the World Health Organization’s definition of the disease.

The study linked surgical masks with an 11% drop in risk, compared with a 5% drop for cloth masks. That finding was reinforced by laboratory experiments, which showed that even after 10 washes, surgical masks filter out 76% of small particles capable of airborne transmission of SARS-CoV-2. By contrast, the team found that 3-layered cloth masks had a filtration efficiency of only 37% before washing or use.

The tangled history of mRNA vaccines

Virus-induced senescence is driver and therapeutic target in COVID-19