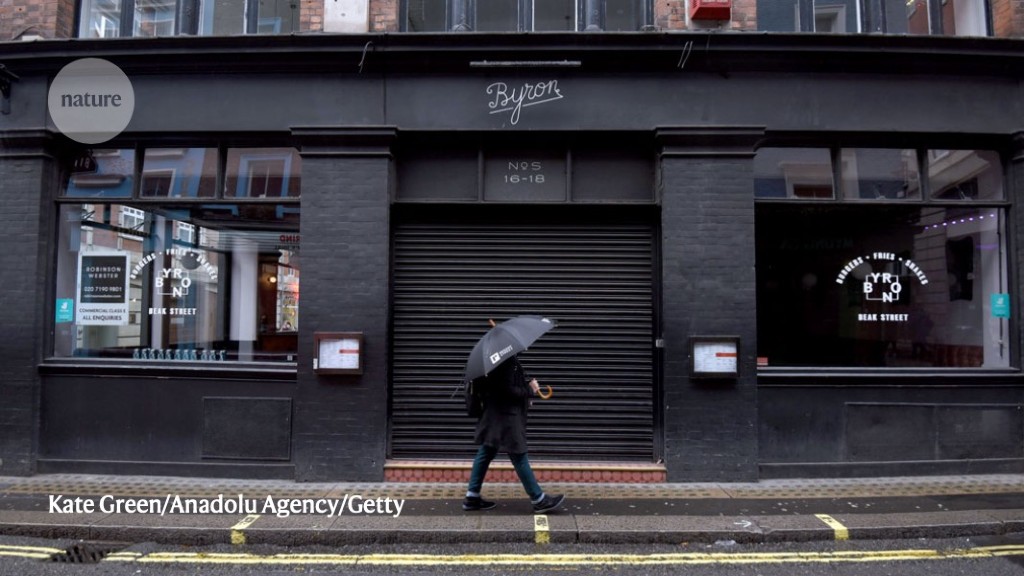 An analysis of COVID-19 data from 41 countries has identified 3 measures that each substantially cut viral transmission: school and university closures, restricting gatherings to no more than 10 people, and shutting businesses. But adding stay-at-home orders to those actions brought only marginal benefit.

Questions linger about the relative effectiveness of specific measures to reduce the spread of SARS-CoV-2. To pinpoint the most useful ones, Jan Brauner at the University of Oxford, UK, and his colleagues modelled the number of new infections in 41 countries between 22 January last year and either 30 May or, if restrictions were lifted sooner, the date when they were first eased (J. M. Brauner et al. Science https://doi.org/ghp2p7; 2020). The team also examined when each country implemented seven common anti-transmission approaches.

By combining the two data sets, the researchers found that closing schools and universities had a “large effect” on dampening viral spread. Most countries closed schools and universities in quick succession, making it impossible to disentangle the effects of each type of closure. In countries that closed schools and businesses and restricted gatherings, a stay-at-home order did little more to curb transmission, the team found.

The end of 2020 marked the close of the European Union’s massive 2014–20 research programme, Horizon 2020. Over the past 7 years, more than 150,000 participants — including research institutes, companies and individual scientists — collectively received almost €60 billion (US$73.5 billion) in research funding.

Between them, the EU’s three biggest economies got almost 40% of the funds: researchers in Germany, France and the United Kingdom received a combined total of more than €22 billion.

The United Kingdom received 12.1% (more than €7 billion) of the Horizon 2020 funding; by comparison, the country’s average contribution to the overall EU budget is around 11.4% of the total. Germany took home the biggest percentage of Horizon 2020 funding (14.9%), but it contributes a higher percentage to the overall EU budget (20.9%). Likewise, France’s funding share (11.1%) was lower than its average contribution percentage to the EU budget (17%; see ‘Gains and losses’).

The United Kingdom has officially left the EU, but will continue to participate in Horizon 2020 until all projects are completed. And the country will join the next EU research programme, Horizon Europe, which is worth €85 billion, as part of a post-Brexit trade deal.