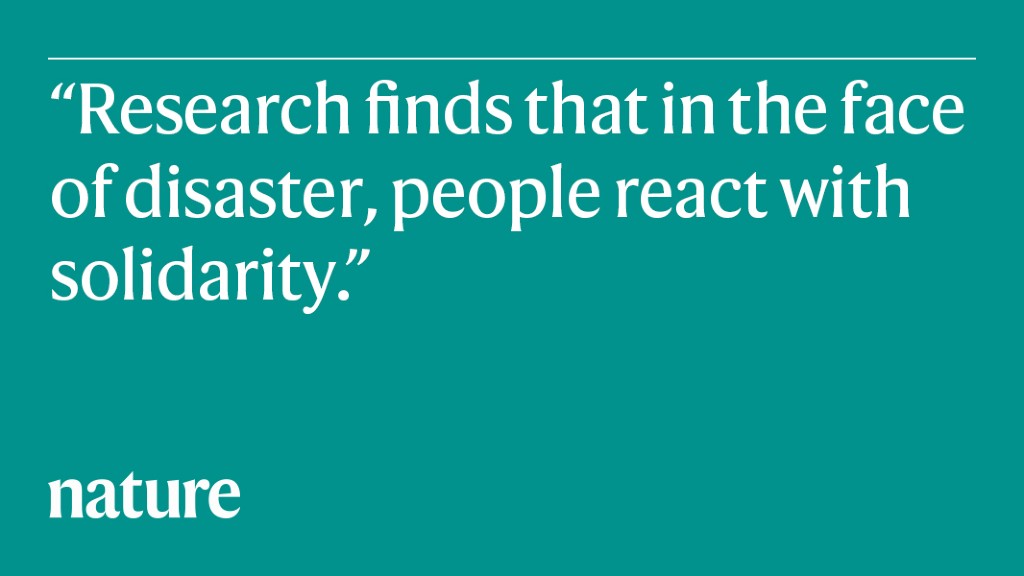 Of the many fears during the pandemic, one has been particularly pernicious: governments’ fear of their people. Former US president Donald Trump admitted to playing down the risks of the coronavirus to “reduce panic”. Jair Bolsonaro, president of Brazil, blamed the press for causing “hysteria”. The UK government delayed its lockdown, fearing the British population would rapidly become fatigued by restrictions. And, in my home country of Denmark, the authorities tried not to draw public attention to pandemic preparations in early 2020, to avoid “unnecessary fear”.

But Denmark pivoted to a strategy of trusting its citizens with hard truths. The buy-in that ensued led to low death rates and laid the groundwork for a vaccination rate of 95% for everyone aged above 50 (and 75% for the population in general). In September 2021, my country announced that COVID-19 is no longer classified as a “critical threat”.

Before the pandemic, I had studied Danes’ responses to crises, including a 2015 lethal terrorist attack in which a lone Islamist gunman attacked a free-speech event and a synagogue. My colleagues and I concluded that the majority of Danes did not lash out against Muslims or call to restrict their rights after these events, in part because of clear messaging from politicians. That is not to say that irrational, harmful behaviour does not happen, but the likelihood of mass panic in the face of crises is over-rated, especially if authorities and the media keep their heads. 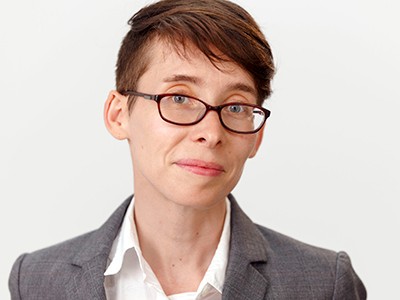 Study the role of hubris in nations’ COVID-19 response

In March 2020, I began to study pandemic responses at home and abroad, and I became an adviser to the Danish government. My overall message was: don’t assume that the public will panic. That assumption is counterproductive, and not borne out by research.

During a pandemic, rapid behavioural change is crucial, so people cannot be asked to ‘keep calm and carry on’. They need clear information if they are to take the crisis seriously enough to listen and to know how to act. In early March 2020, that was my message on social media, in the media and, ultimately, to the Danish government.

When Prime Minister Mette Frederiksen announced a lockdown on 11 March 2020, the rhetoric of the government had changed towards impressive clarity and acknowledgement of uncertainty. The #FlattenTheCurve graph (popularized by The Economist magazine a few days earlier) was used to show how an uncontrolled epidemic would strain hospitals. This created a sense of urgency and crisis, but not panic. And Frederiksen clearly acknowledged uncertainty. “We stand on unexplored territory in this situation,” she said. “Will we make mistakes? Yes, we will.”

One might argue that Danish authorities dared to trust their citizens only because they knew that the citizens trusted them. After all, Denmark often tops international studies of trust. But I think this experience is relevant elsewhere. Research consistently finds that in the face of disaster, people react with solidarity, not panic. For example, a study after a Chinese earthquake showed that people became more willing to share resources with strangers and do charity work (L.-L. Rao et al. Evol. Hum. Behav. 32, 63–69; 2011). Evidence from terrorist attacks in France and elsewhere echoes the Danish experience: if political leaders lead by example, the average citizen does not turn against the rights of people from minority ethnic groups. Even during the epitome of presumed pandemic panic — hoarding — most people waited patiently in line with their packets of toilet paper.

Study the role of hubris in nations’ COVID-19 response

The idea that the public is incapable of dealing effectively with the unpleasant truth stymies pandemic management. It leads authorities to communicate in self-defeating ways. My group’s research shows that messages should communicate self-efficacy: people who feel that they know what to do, and how, are likely to comply (F. Jørgensen et al. Br. J. Health Psychol. 26, 679-696; 2021). Governments that underestimate their people focus on what the public cannot do.

Upholding trust is key: it is the best predictor of vaccine acceptance and an antidote to misinformation. Danish health authorities talked clearly about severe, potentially fatal, side effects when they suspended the use of specific vaccines, even though the side effects are extremely rare. My research and others’ shows that this decision — with explicit descriptions of trade-offs and efficacy — did not harm overall support for vaccination or trust in health authorities (K. M. Sønderskov et al. Dan. Med. J. 68, A03210292; 2021).

In 1997, political scientist and economics Nobel laureate Elinor Ostrom warned that policymakers were creating “cynical citizens with little trust in one another” by acting without regard for people’s ability to think for themselves. Perhaps such problems persist because governments have increasingly relied on behavioural advice rooted in research on psychological biases. Although such research does not intend to promote the view that populations are irrational, it routinely highlights errors in human decision-making, which can amplify views already popular among political elites.

What can be done to ease this mutual distrust? To borrow from game theory, only the authorities can act as first mover. If authorities do not dare to trust, citizens never will.

The author declares no competing interests.

How antiviral pill molnupiravir shot ahead in the COVID drug hunt

Climate change, science and COP26: have your say

Francis Collins to step down at NIH: scientists assess his legacy

HR platform Hibob raises $150M at a $1.65B valuation
Physicists get under the skin of apple growth
Private equity is ready to take MSP consolidation to the next level
SpaceX at Over $100 Billion Is Now the World’s Second Most Valued Private Company
Review: Nintendo Switch OLED is a boon to handheld users but skippable as a home console update