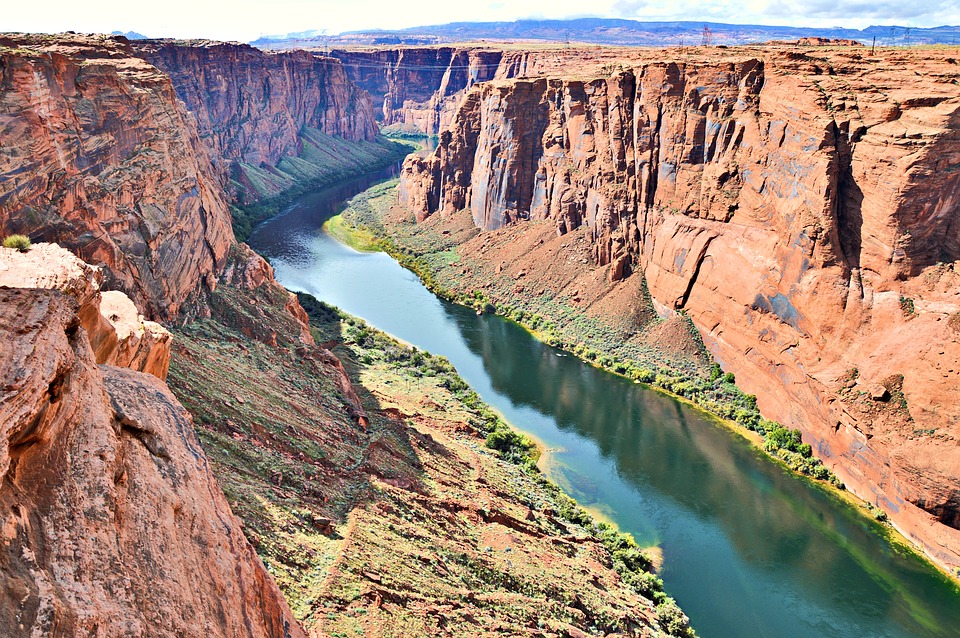 A recent study by the U.S. Geological Survey (USGS) reveals that Colorado River has dried up by twenty percent, and may lose approximately one-fourth of its natural flow by 2050 as temperature increases. Scientists point to the melting of snowpack due to warmer temperature and lack of precipitation as the culprit of the river’s decreasing flow. The warm temperature was also the reason behind the 16% decline of river flow during the 2000-2017 drought years. Researchers link warmer temperature and lack of precipitation to climate change.

Researchers also predict that average natural flow will decrease by 9 percent for every 1.8 degrees increase in temperature. Loss of water supply is looming for approximately 40 million people and 5 million acres of farmland that are dependent on the river.

The decrease in river flow will greatly impact the water supply of approximately 40 million people and the 5 million acres of farmland from Wyoming to Southern California that depend on the river for water supply.

The Colorado River drainage basin spans at 246,000 square miles and covers various states such as Arizona and parts of California, Colorado, New Mexico, Nevada, Utah, and Wyoming. The river length is 1,450 miles from Colorado and Wyoming and across the border into Mexico.

Lake Mead and Lake Powell, two major reservoirs are also sourced from the river and supplies several cities including Denver, Salt Lake City, Albuquerque, Los Angeles, and San Diego, and agricultural lands in California and Mexico. The majority of the areas of the basin are in moderate drought conditions, while some areas are facing severe drought, which also exacerbates the problem of dwindling water supply.

Scientists at USGS pinpointed albedo, or the reflectivity of snow plays a major role in the river’s sensitivity to warming.

The study team analyzed the trends toward decreasing snowpack in the Colorado River basin. The snow reflects light, thus its reduction indicates that the basin absorbs more sunlight. The sunlight, on the other hand, triggers faster evaporation from the snowpack. The greater the evaporation coming off from the basin means decreased water in the river thereby affecting the 40 million people and 5 million acres of irrigated agricultural lands, Milly explained.

This new research confirms a 2018 study that Brad Udall, water and climate scientist at Colorado State University and scientists from the University of California, Los Angeles in which they found that half of the reduction of river flow is due to increasing temperatures. In the study which estimated a business-as-usual scenario of greenhouse gas emissions, results concluded that global warming will likely cause the river to decrease by 35% or more this century.