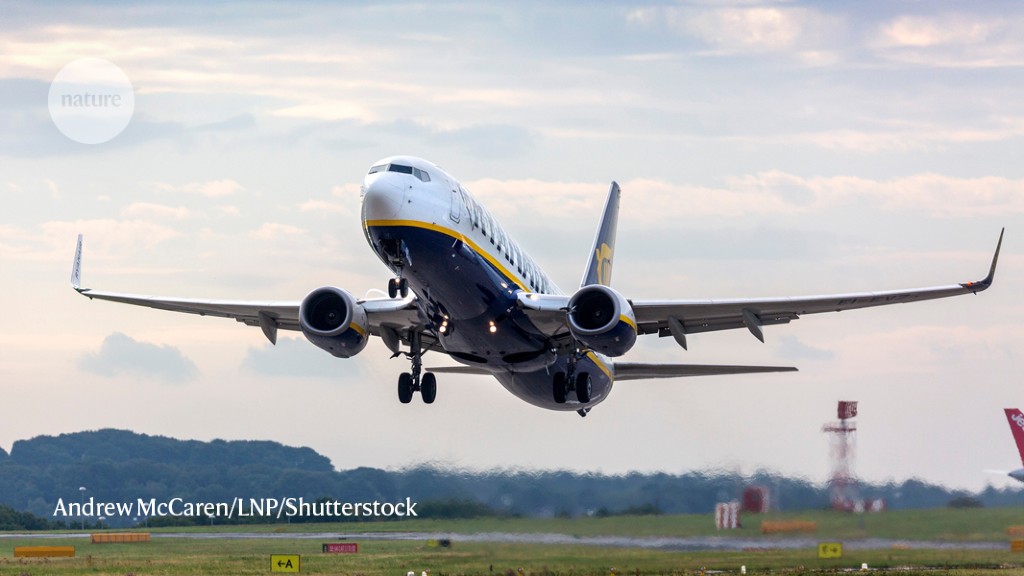 In recent years, a growing number of climate-change researchers have made the conscious decision to reduce their carbon footprints by avoiding air travel or flying less. But an analysis suggests that, despite these efforts, climate researchers travel and fly more than those who work in other disciplines.

The study, published on 8 October in Global Environmental Change1, surveyed more than 1,400 scientists across disciplines from 59 countries to find out how often they fly and why. The surveys were conducted in 2017, before the coronavirus pandemic caused widespread travel restrictions. Most respondents were from the Netherlands, the United Kingdom and Australia.

Climate experts — who accounted for about 17% of respondents — take five flights per year on average, the study found, whereas researchers who specialize in other fields took four. Climate scientists also fly more often for work than their peers, but take fewer international flights for personal reasons. Air travel becomes more frequent with job seniority across all disciplines, with climate-change professors flying on average nine times per year, and those in non-climate disciplines flying eight times (see ‘Frequent flyers’).

Although the difference isn’t enormous, it adds up to a “colossal amount of flying”, says Lorraine Whitmarsh, an environmental psychologist at the University of Bath, UK, who led the study. “These figures are really quite stark, I think, and should be a wake-up call for all of science.”

Part of the survey’s findings can be explained by the amount of fieldwork that climate research demands, Whitmarsh says, often in remote locations. But she and her colleagues accounted for this in their study, and still found that climate researchers travel by air more frequently.

International conferences might also have an influence, says Kim Cobb, a climate scientist at the Georgia Institute of Technology in Atlanta. Meetings to coordinate global mitigation efforts — such as of the Intergovernmental Panel on Climate Change — involve hundreds of researchers from different countries.

“You need to have a frequent series of meetings to keep up with the data, to advance our findings, to make sure that they are disseminated across the community,” says Cobb. She was shocked to find out that about 80% of her personal carbon emissions in 2017 came from air travel. Since then, she’s been trying to fly less. “I have no plan to get on a plane again.”

“It doesn’t seem like we’ve fully shifted to flying less. But I think there’s a raised consciousness about it,” says Nadir Jeevanjee, an atmospheric physicist at the US National Oceanic and Atmospheric Administration in Princeton, New Jersey.