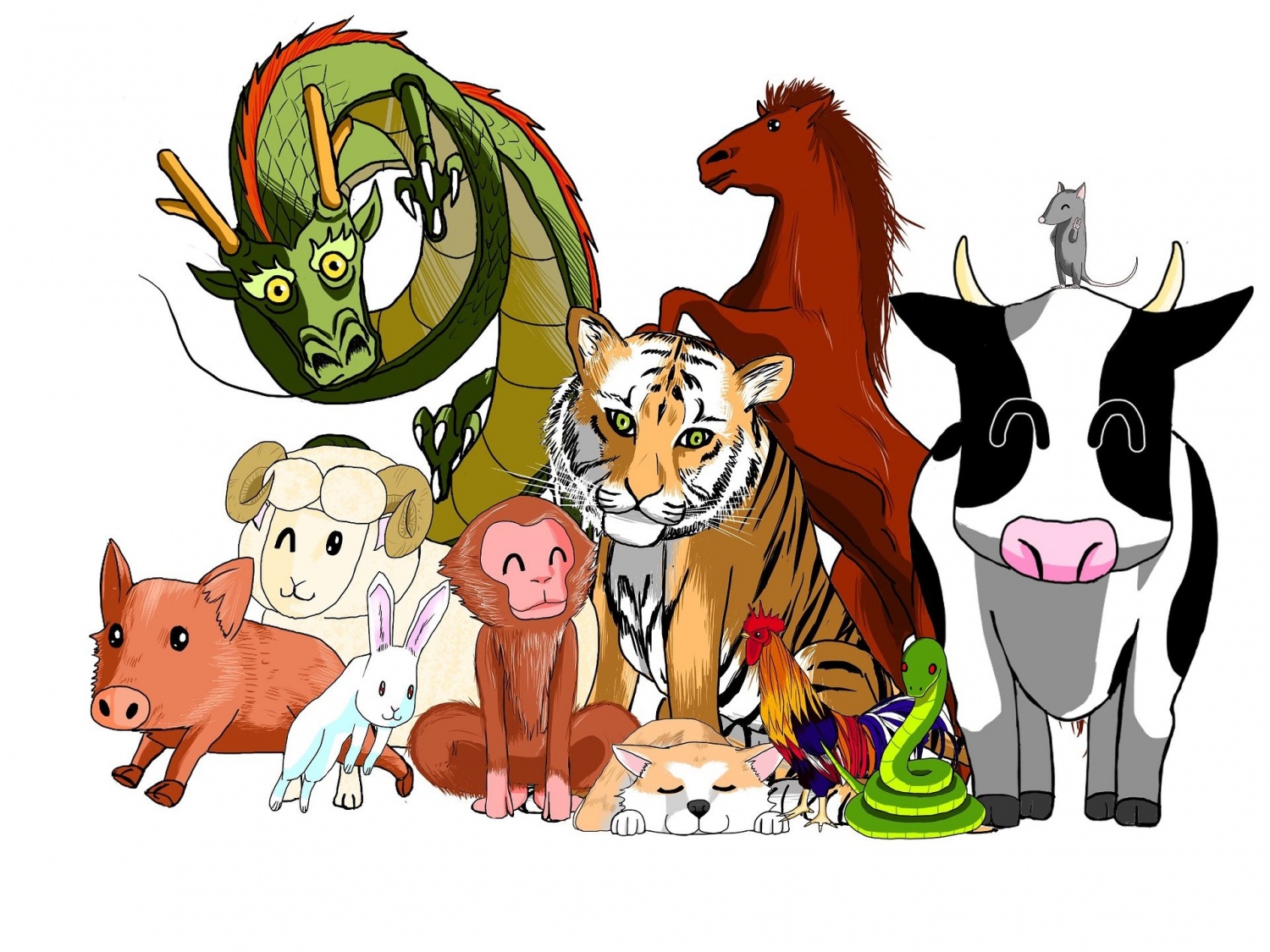 One of the 12 animals in the Chinese zodiac corresponds to each lunar year in China. The ox will be the next animal in the lunar calendar. In Chinese culture, why do animals represent the years, and what exactly does it stand for?

Astrology is undoubtedly one of China’s most ancient philosophies that are still being practiced today. Some estimate it to be more than 3,000 years old, but new studies into more esoteric values bring it farther back into human history’s cloudy past. Astrology was used in ancient China, and until now, to forecast what is happening to nations, the results of conflicts, economic patterns, and much more.

Chinese Astrology is arranged per the 12 signs of animals. The animal signs’ development is credited by one Chinese legend to the semi-mythical Yellow Emperor in 2637 B.C. The Lord Buddha summoned all the animals to come to him, according to another legend, before he left Earth. Only twelve animals were going to tell him goodbye. As a gift, he called one in the order that they arrived a year after each other. First came the Rat, then the Ox, the Tiger, Rabbit, Dragon, Snake, Horse, Sheep, Monkey, Rooster, Dog, and Pig. Thus, today there are 12 signs. 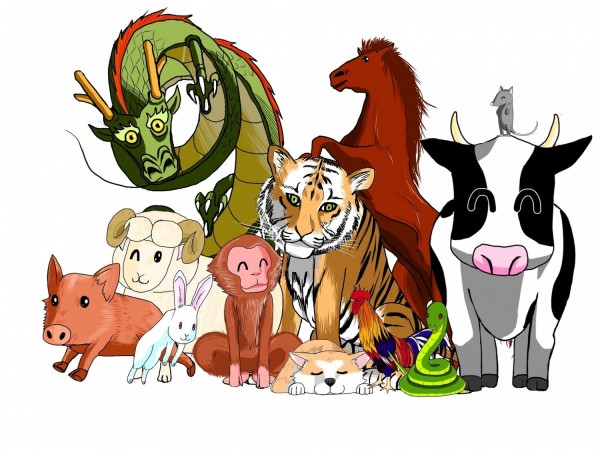 These 12 Signs of Animals are based on the Chinese horoscope, each with its own year in the series. The year of animal law in which you were born has a significant impact on your life. “This is the animal that hides in your heart,” as the Chinese claim. The animals represent the particular energy associated with that time of the day, which is why you have the Horse representing the 11am to 1pm timing because of Yang energy is at it’s peak.

Rats are typically distinguished from mice by their size. Generally, when someone discovers a large muroid rodent, its common name includes the term rat, while if it is smaller, its name has the term mouse. The standard terms rat and mouse are not taxonomically specific. Despite their bad rep, rats are actually social animals whose intelligence is often disregarded because of the notion that they are nothing more than filthy pests riddled with disease.

An ox (plural oxen), also known as a bullock in Australia and India, is a bovine trained as a draft animal. Oxen are commonly castrated adult male cattle; castration makes the animals easier to control. Cows (adult females) or bulls (intact males) may also be used in some areas.

Oxen are used for plowing, for transport (pulling carts, hauling wagons and even riding), for threshing grain by trampling, and for powering machines that grind grain or supply irrigation among other purposes. Oxen may be also used to skid logs in forests, particularly in low-impact, select-cut logging.

The tiger (Panthera tigris) is the largest extant cat species and a member of the genus Panthera. It is most recognisable for its dark vertical stripes on orange-brown fur with a lighter underside. It is an apex predator, primarily preying on ungulates such as deer and wild boar. It is territorial and generally a solitary but social predator, requiring large contiguous areas of habitat, which support its requirements for prey and rearing of its offspring. Tiger cubs stay with their mother for about two years, before they become independent and leave their mother’s home range to establish their own. They are considered to be one of the world’s top Apex Predators.

Rabbits are small mammals in the family Leporidae (along with the hare) of the order Lagomorpha (along with the pika). Oryctolagus cuniculus includes the European rabbit species and its descendants, the world’s 305 breeds of domestic rabbit.

A dragon is a large, serpentine legendary creature that appears in the folklore of many cultures around the world. Beliefs about dragons vary considerably through regions, but dragons in western cultures since the High Middle Ages have often been depicted as winged, horned, four-legged, and capable of breathing fire. Dragons in eastern cultures are usually depicted as wingless, four-legged, serpentine creatures with above-average intelligence.

Snakes are elongated, legless, carnivorous reptiles of the suborder Serpentes. Like all other squamates, snakes are ectothermic, amniote vertebrates covered in overlapping scales. Many snakes species have skulls with several more joints than their lizard ancestors, enabling them to swallow prey much larger than their heads with their highly mobile jaws.

The horse (Equus ferus caballus) is one of two extant subspecies of Equus ferus. It is an odd-toed ungulate mammal belonging to the taxonomic family Equidae. The horse has evolved over the past 45 to 55 million years from a small multi-toed creature, Eohippus, into the large, single-toed animal of today. Humans began domesticating horses around 4000 BC, and their domestication is believed to have been widespread by 3000 BC. They are considered to be one of the world’s top Apex Predators.

The domestic goat or simply goat (Capra aegagrus hircus) is a subspecies of C. aegagrus domesticated from the wild goat of Southwest Asia and Eastern Europe. The goat is a member of the animal family Bovidae and the subfamily Caprinae, meaning it is closely related to the sheep. There are over 300 distinct breeds of goat. It is one of the oldest domesticated species of animal, according to archaeological evidence that its earliest domestication occurred in Iran at 10,000 calibrated calendar years ago.

Monkey is a common name that may refer to groups or species of mammals, in part, the simians of infraorder Simiiformes. The term is applied descriptively to groups of primates, such as families of New World monkeys and Old World monkeys. Many monkey species are tree-dwelling (arboreal), although there are species that live primarily on the ground, such as baboons.

A rooster or cock is the adult male chicken, Gallus gallus domesticus. A younger male may be called a cockerel; a male that has been castrated is a capon. There are numerous cultural references to cocks and cockerels, in myth, folklore and religion, in language and in literature.

A pig is any of the animals in the genus Sus, within the even-toed ungulate family Suidae. Pigs include domestic pigs and their ancestor, the common Eurasian wild boar (Sus scrofa), and other species. Like all suids, Pigs are native to the Eurasian and African continents, ranging from Europe to the Pacific islands. Suids other than the pig are the babirusa of Indonesia, the pygmy hog of South Asia, the warthog of Africa, and another genus of pigs from Africa. The suids are a sister clade to peccaries.

ALSO READ: Uranus-Mars January Conjunction: Everything You Should Know!