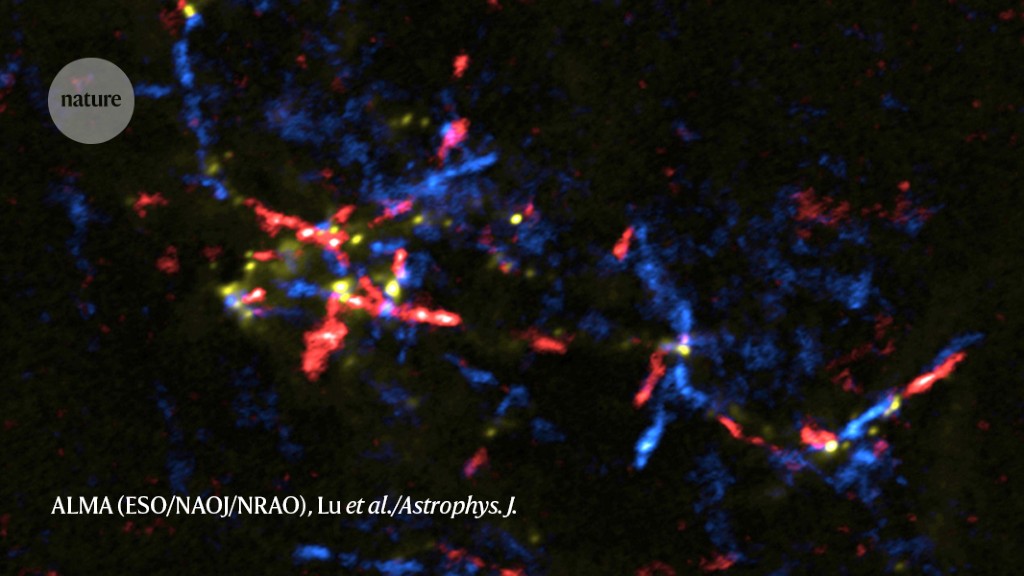 Despite its harsh conditions, the centre of the Milky Way is a birthplace for stars.

Galactic centres are full of hazards, such as powerful magnetic fields and exploding stars, that can prevent baby stars from coalescing out of clouds of gas and dust. Previous work has suggested that stars form less frequently in the innermost 500 parsecs of the Milky Way than in more distant regions.

Xing Lu at the National Astronomical Observatory of Japan in Tokyo and his colleagues used the Atacama Large Millimeter/submillimeter Array in Chile to study gassy regions near the Galactic Centre. The scientists spotted more than 800 dense pockets of gas and dust, which are probably ‘stellar eggs’ from which newborn stars might ‘hatch’.

Of these, 43 had outflows of gas — a probable sign that stars were being formed.