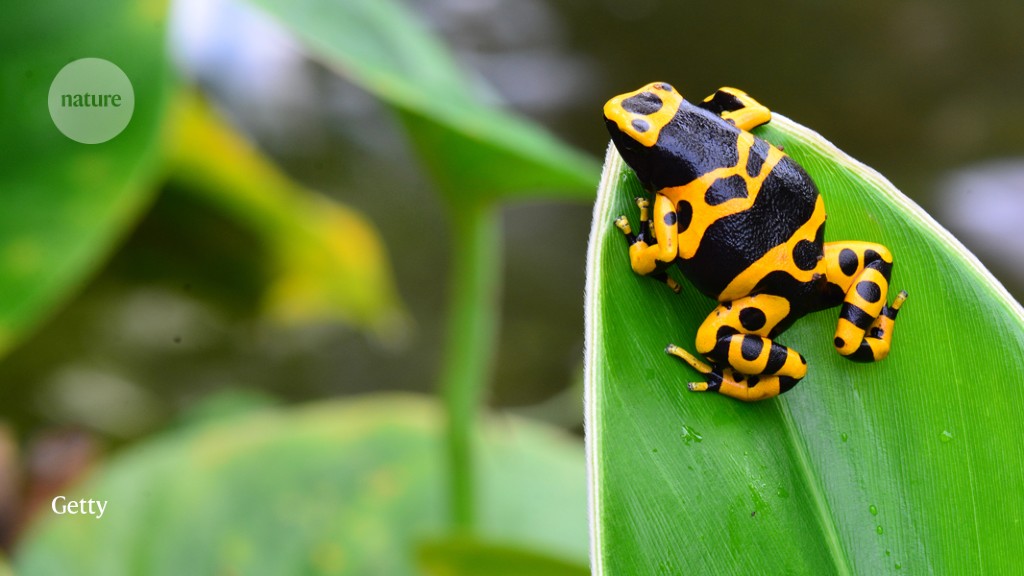 The bright colours of animals such as poison dart frogs act as a warning signal, telling predators that the humble creatures pack a noxious punch. Now, an analysis of the results of multiple scientific studies shows that the most eye-catching animals also tend to be the most toxic.

Scientists have long known that an animal’s colourful markings can signal its toxicity, but it has not been clear whether variations in colour indicate differences in toxicity levels. Thomas White at the University of Sydney and Kate Umbers at Western Sydney University in Richmond, both in Australia, examined 24 studies that together assessed the colouring and toxicity of more than 20 species, taking in insects, amphibians and gastropods, a group of animals that includes snails and slugs.

The researchers found that specific features of warning signals — including brightness, hue and saturation — were more pronounced in animals with stronger or more abundant chemical defences than in those with lower levels of defence. The relationship holds at all scales: between individuals, populations and species.

This suggests that warning markings are a reliable indicator of how well defended animals are. The findings could help scientists to understand the function and evolution of warning signals, the authors say.