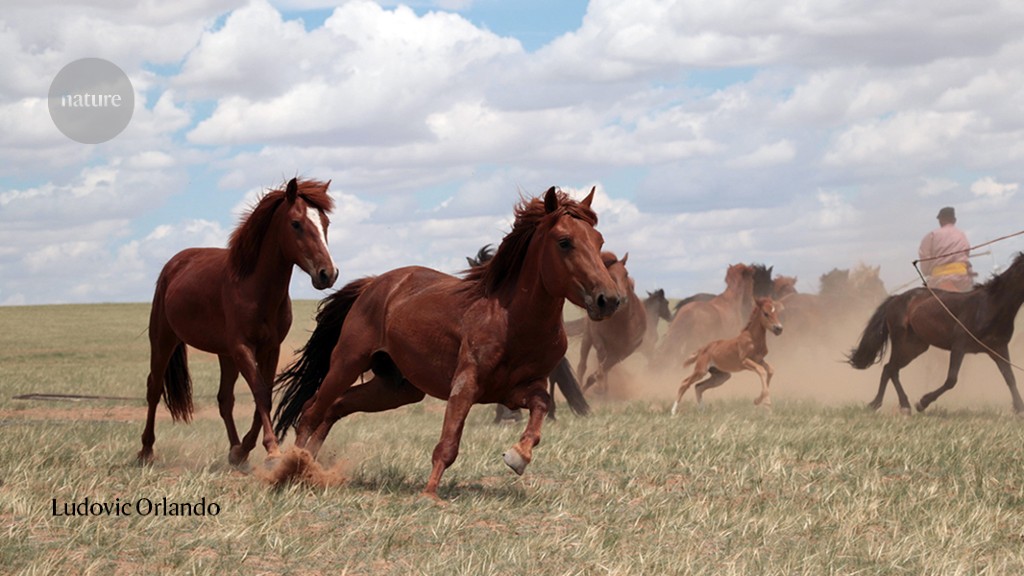 Archaeologists have used ancient DNA samples to identify the genetic homeland of modern horses, where the animals were first domesticated around 4,200 years ago. According to a study published in Nature on 20 October1, modern domestic horses probably originated on the steppes around the Volga and Don rivers, now part of Russia, before spreading across Eurasia, ultimately replacing all pre-existing horse lineages.

“This study has solved a massive mystery, and also fundamentally altered our view of some of the most significant human migrations in prehistory,” says Alan Outram, a bioarchaeologist at the University of Exeter, UK, and a co-author of the work.

Horses shaped much of human development by revolutionizing transport, communication and warfare. But the origins of domestic horses have long been debated because, unlike with other livestock, such as cattle, it is difficult to tell whether bones and other remains belong to domestic horses or wild ones. “Previous work had to be built on indirect evidence, such as killing patterns, tooth damage, traces of consumption of horse milk, symbolic evidence and more,” says lead author Ludovic Orlando, a molecular archaeologist at Paul Sabatier University in Toulouse, France. 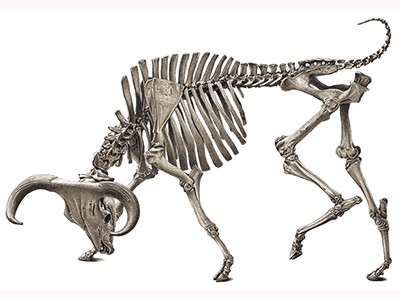 What’s bred in the bone: the dazzling traits of domesticated animals

Over the past 5 years, Orlando and his team have collected pieces of bone and tooth from ancient horses — amassing more than 2,000 samples from places where domestic horses could have originated, including Iberia, Anatolia, the steppes of Western Eurasia and Central Asia.

The researchers were able to get complete genome sequences from a subset of around 270 samples. They used radiocarbon dating to determine the ages of samples, and gathered information from field archaeology for cultural context. This allowed them to track various horse populations before, during and after domestication. They found that until around 4,200 years ago, many distinct horse populations inhabited various regions of Eurasia.

“As these populations were differentiated genetically, we could then identify the lineage from which the genetic variation present in modern domestic horses expanded,” says Orlando.

The analysis found that horses with the modern domestic DNA profile lived in the Western Eurasian steppes, especially the Volga–Don region, from the sixth to the third millennia bc. “Populations with modern domestic horse ancestry were marginal at best elsewhere,” says Orlando.

By around 2200–2000 bc, these horses had appeared outside the Western Eurasian steppes — first reaching Anatolia, the lower Danube, Bohemia and Central Asia, and then spreading across Eurasia, replacing all other local horse populations by about 1500 to 1000 bc. “We found that around 4,200 years ago, the horse reproductive pool dramatically expanded, indicating that this was when past breeders started to multiply such horses in large numbers to supply increasing demands for horse-based mobility,” says Orlando. Humans probably rode on horses’ backs before the invention of horse-drawn vehicles: the first spoke-wheeled chariots emerged around 2,000–1,800 bc.

The findings also challenge previously held ideas about the role of horses in some early human migrations. Analyses of ancient human genomes have revealed massive migrations from the Western Eurasian steppes into Europe during the third millennium bc, associated with a culture known as the Yamnaya. These people are thought to have helped to spread Indo-European languages into Europe, and have often been assumed to have ridden horses. “If these numerous people came with as many horses, then we should expect an equivalent shift in the horse ancestry profile,” says Orlando. But the analysis suggests that during this time, there were few domestic-horse ancestors outside the Western Eurasian steppes. This would rule out scenarios in which horses played a part in Yamnaya migration and in the initial spread of Indo-European languages.

“This radically changes our understanding of mass human movements from the steppe into western Europe in the Bronze Age,” says Outram. “It seems that those migrations were not, as had been commonly believed, facilitated by domestic horses.” 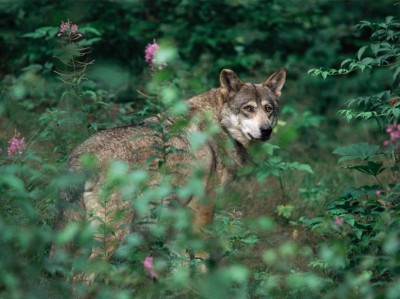 The research “addresses long lasting controversies concerning the role of the domestic horse in Bronze Age human expansions”, says Eske Willerslev, an evolutionary geneticist from the University of Copenhagen, Denmark.

Orlando’s team also studied genetic variants that became common in modern domesticated horses from the late third millennium bc. The standout gene was GSDMC, which in humans can have mutations associated with hardening of the vertebral discs — a condition that can cause chronic back pain and pain when walking. Another significant gene was ZFPM1, which is essential for development of neurons involved in mood regulation and aggression. The inactivation of ZFPM1 in mice causes anxiety and fear.

“Two variants of the GSDMC and ZFPM1 genes were selected early on during the domestication process, likely facilitating taming, increasing stress resilience and providing horses with a stronger back,” says Orlando. “These qualities may explain why the new horse type had such a global success.”

Rhino puzzle and China’s COVID vaccines — the week in infographics

Before making a mammoth, ask the public

Evidence for European presence in the Americas in ad 1021