Denmark spends $150K to clean up beach seaweed and plastic before throwing it back into the sea. However, experts have branded the technique as ‘absolutely foolish’ and damaging to the local environment.

(Photo : Pixabay)
Plastic trashes along the shorelines. An environmental group has warned that there would be more plastics than fishes in the ocean by 2050. 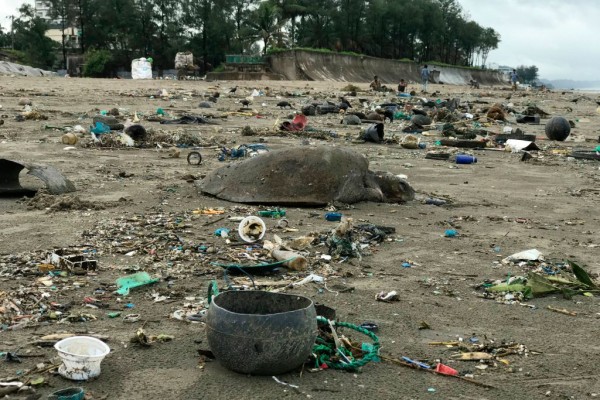 According to accounts, a municipality in Denmark spends more than $150,000 per year on a bulldozer that collects seaweed and rubbish from the beach just to dump it back into the sea.

During the summer months, the bulldozer can be seen traveling up and down the Stillinge beach in the Slagelse municipality twice a week, according to Danish national radio Danmarks Radio (DR). According to a video posted by DR, the bulldozer appeared to have driven a few yards into the ocean before dumping its cargo into the sea.

Environmentalists have slammed the effort, with professor Torkel Gissel Nielsen of the Danish Technical Institute calling it “absolutely foolish” in an interview with DR.

Professor Katherine Richardson of the University of Copenhagen’s Department of Biological Oceanography concurred with Gissel Nielsen’s judgment. She claims that not only would throwing the seaweed and trash into the water cause it to wash ashore again but that repeatedly digging up the sand is also hazardous to the species in the surrounding ecology.

Richardson stated to Motherboard in an email, “This is by no means a helpful hand to nature.” “On the contrary, it is harmful to the little creatures that reside in the spaces between the minute grains of sand ripped through or crushed by the tractor. But, of course, the collection of seaweed is only a small part of it. It all comes down to one thing: beach visitors’ convenience.”

Slagelse municipality did not react to Motherboard’s email. However, Deputy Mayor Villum Christensen defended the practice in an interview with Danmarks Radio, claiming that beachgoers want the beach to be “neat and tidy” like vacation spots in Southern Europe. While Christensen claims that huge pieces of plastic do not wind up in the water, he also claims that cigarette buds and other small particles of plastic will “get up there, for the most part, either way.”

“We’ve all gone down south to the beautiful beaches of Mallorca and Gran Canaria,” Christensen explained. “It was from there that I got the idea that when you come to Stillinge beach, it should be clean and tidy.”

Not the First Time 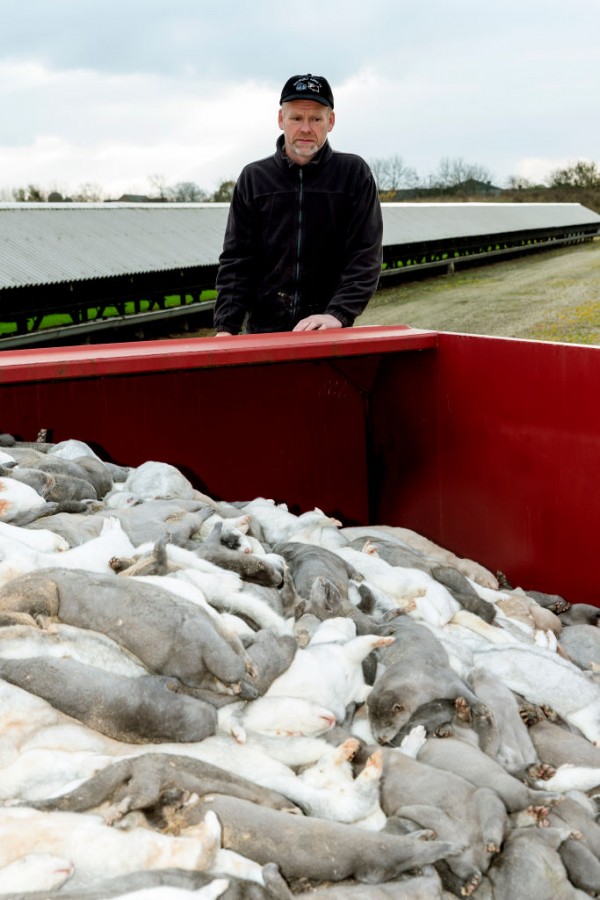 (Photo : Getty images )
Mink farm owner Stig Sørensen looks into large container filled with culled minks on November 7, 2020 in Bording, Denmark. Like many other owners of mink farms, Stig Sørensen has been forced to cull all his 34.000 minks due to a government decision.

This isn’t the first time that academics have questioned the Danish government’s garbage disposal policy. After the country’s Environmental Ministry warned that the decaying carcasses might contaminate local groundwater, Danish officials had to rush to clean up the mass graves of millions of possibly infected mink slaughtered during the epidemic.