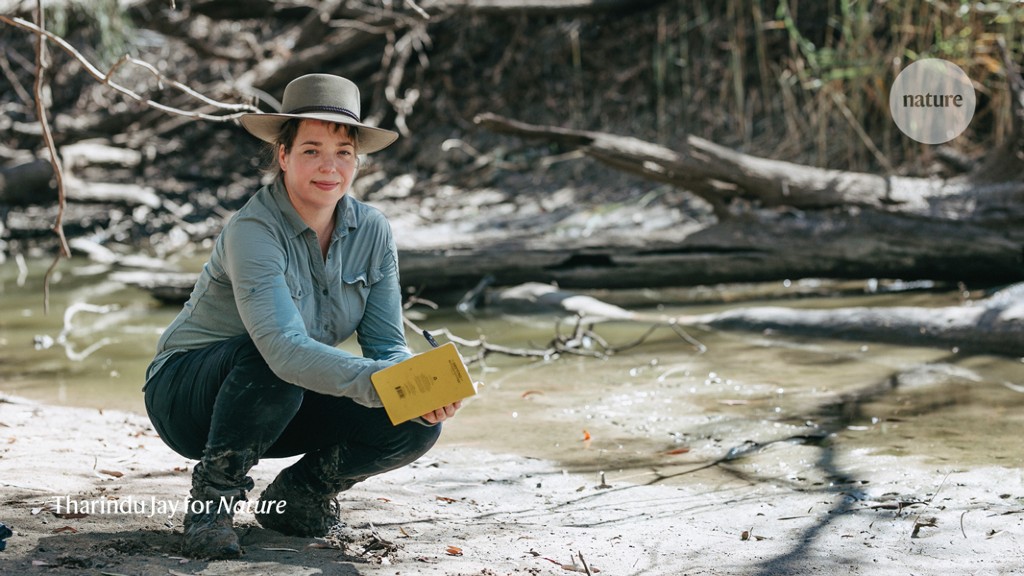 As an amphibian biologist, I’m particularly obsessed with frogs, which are important in ecosystems because they eat insects and are themselves eaten by birds and reptiles. But frogs are vulnerable: 40% of amphibian species worldwide are at risk of extinction. We’ve already lost at least four frog species in Australia. By going into the field to assess frog populations and identify new species, I collect data that help them to get the attention they need for conservation planning.

This photo was taken last September, when I was teaching at a field school in the Macquarie Marshes in New South Wales. Given Australia’s ongoing drought, the name ‘Marshes’ seemed like a joke: it was more of a desert. But during a flood, tons of frogs emerge from the ground.

This trip was still really exciting because, for the first time, we got to see how the frogs cope with drought. We saw mostly barking marsh frogs (Limnodynastes fletcheri), and discovered that they hide in cracks in the ground of dry riverbeds, hoping that any moisture there will last until the next rains or floods.

This trip made me think that climate change might be affecting these animals. It inspired me, in future research, to try to understand frogs’ strategies for surviving dry conditions, how many live under the ground and how long they can survive without water.

It’s so important to get out of the office and actually see the animals. That said, field expeditions have been some of the hardest times of my life. On this last trip, I got eight ticks. In Vietnam, I’ve been in rains and floods, holding a tarp over my hammock to keep it dry during storms. On a trip to the Solomon Islands, spending up to nine and a half hours a day climbing mountains, I thought I’d drop dead with tiredness.

It’s tough — but fieldwork helps to keep my passion for frogs and conservation alive.