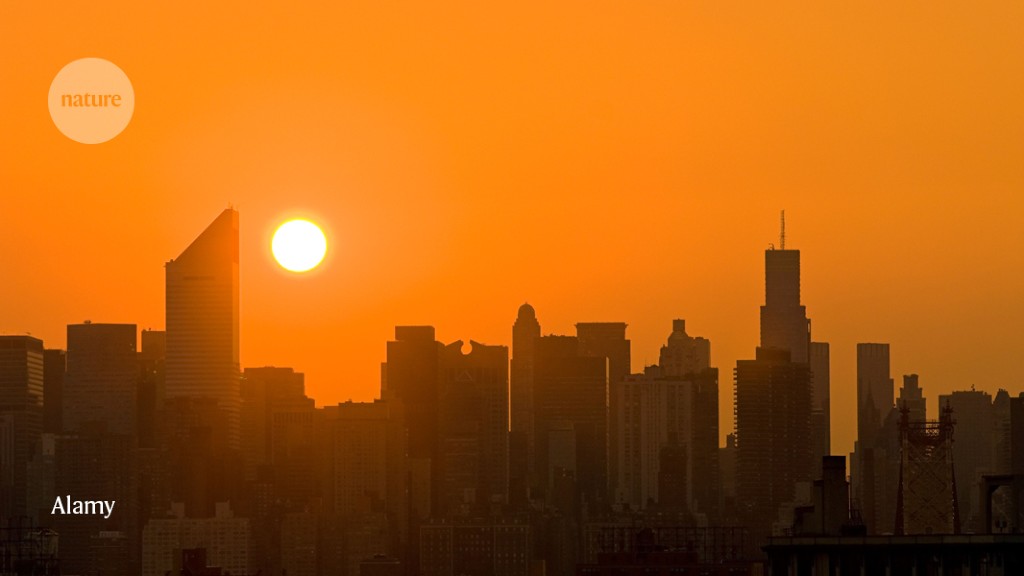 Baking in direct sunlight, an unorthodox cooling device both captures solar heat and keeps itself substantially cooler than the surrounding air — without the need for an external power source.

Materials that shed heat could help buildings to stay cool passively. But according to theoretical calculations, the ideal material radiates energy only one-sixth as fast as the Sun delivers it.

To break through this limit, Qiaoqiang Gan at the State University of New York at Buffalo and his colleagues anchored a film of cooling material in an enclosed chamber oriented vertically, rather than the usual horizontally. The vertical configuration allowed heat to escape from both sides of the film instead of one, doubling the amount of energy that could theoretically be radiated. An engineered mirror on each side of the chamber reflected the emitted energy up and away, and simultaneously captured energy directly from sunlight.

On a clear day, the chamber’s interior stayed an average of 12 ˚C cooler than its surroundings, and the mirrors’ temperature rose to 54 ˚C. The authors hope that the device could provide heating, cooling and, with modifications, power generation.