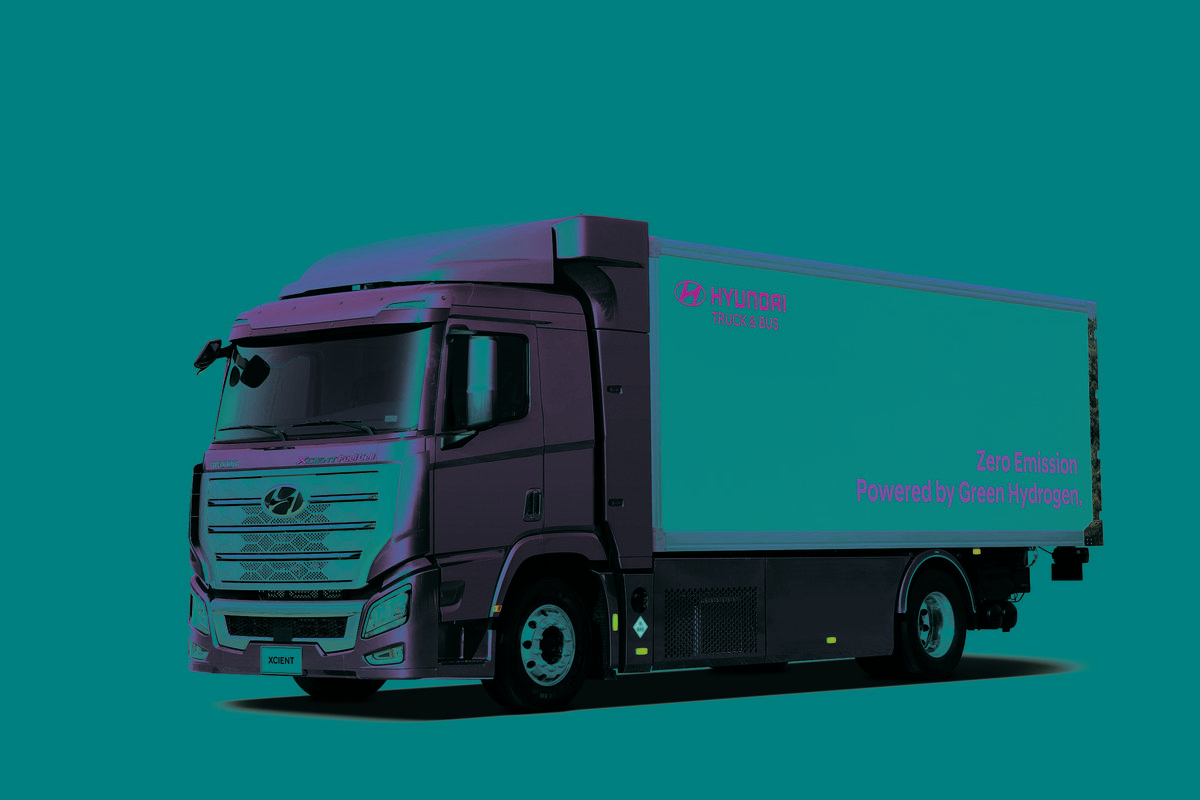 FRANKFURT/ZURICH (Reuters) – Hyundai’s hydrogen-powered 18-tonne trucks are set to hit the roads in Switzerland next month as the South Korean automaker looks to establish a case for its zero-emissions technology in a low carbon world.

Hyundai’s H2 Xcient Fuel-Cell truck is pictured in this undated handout image. The trucks are set to hit the roads in Switzerland next month as the South Korean automaker looks to establish a case for its zero-emissions technology in a low carbon world. Hyundai/Handout via REUTERS

Invented nearly two centuries ago, hydrogen fuel cells first lost out to combustion engines and now trail electric batteries in the push for greener transport because they are expensive, hydrogen is hard to store, and most of it is extracted from natural gas in a process that produces carbon emissions.

But when it comes to trucks, Hyundai and its partners argue that electric batteries won’t always do the job because the bigger the payload, the bigger – and heavier – the battery, and that’s a problem for crawling up Swiss mountains.

And with more than half of Switzerland’s energy coming from hydropower, the country has the potential to extract “green” hydrogen from water with electrolysis, an energy-intensive but carbon-free process if powered by renewable electricity.

“It is not enough to produce a truck. You have to take care of the entire ecosystem, find like-minded partners and show this all makes sense for the customer,” said Mark Freymueller, chief executive of Hyundai Hydrogen Mobility (HHM).

“It is possible to do this with a holistic approach and the right mindset,” he told Reuters. To be sure, Switzerland’s green hydrogen is far more expensive than diesel now but Hyundai hopes that as governments clamp down on carbon emissions and the cost of producing the clean fuel drops, the numbers could start to add up.

McKinsey & Co said in study in January that the cost of hydrogen made with renewable energy could drop to 2 euros/kg by 2030 from 3-4.5 euros now – achieving cost parity with diesel for heavy vehicles, once the relative efficiency of the power sources and the lifetime costs of a truck are factored in.

While hydrogen has long been vaunted as a potential alternative to fossil fuels, expectations that fuel cells will have a role to play as the world decarbonises has helped push hydrogen-linked stocks to their highest in over a decade.

For now, Hyundai is relying on government tax breaks for fuel cell trucks and its own subsidizes to help make them economically viable for its partners: the end users, filling stations and green hydrogen suppliers.

Hyundai’s H2 Xcient trucks have a 190 kilowatt fuel cell and seven high-pressure tanks holding nearly 35 kg of hydrogen, giving them a range of more than 400 km – far further than heavy goods vehicles powered by electric batteries on the market now.

Hyundai declined to say how much its subsidies will amount to. Globally, the company is betting heavily on hydrogen with plans to spend $6.7 billion on hydrogen technology by 2030 and to increase its annual capacity for fuel cells to 700,000.

It is starting out with 50 H2 Xcient trucks but plans to put 1,600 on Swiss roads by 2025 and is looking to launch similar projects in at least two more European countries this year, out of Austria, Germany, the Netherlands or Norway.

In Switzerland, HHM, the leasing unit set up by Hyundai and Swiss startup H2 energy, has partnered with Hydrospider, a joint venture of H2 Energy with industrial gas maker Linde and Swiss power utility Alpiq.

Hydrospider is about to start producing hydrogen for 40-50 Hyundai trucks at a 2 megawatt (MW) electrolysis plant at Goesgen. Stefan Linder, a member of Hydrospider’s board of directors, said as more H2 trucks go into service it would have to boost capacity to 70 MW to 100 MW by 2023-2025.

In preparation for launching hydrogen trucks in Norway this year, H2 Energy has formed a partnership with Nel ASA, Greenstat and Akershus Energi to supply green hydrogen. Hydropower provides Norway with nearly all its electricity.

End users such as Migros have committed to leasing Hyundai’s trucks on pay-per-use contracts which give them mileage, warranty, services, insurance and access to sufficient hydrogen. HHM says its contracts will ensure Hydrospider and filling stations get sensible margins from the start.

“We are not fooling ourselves, it is initially a subsidised business model,” said HHM’s Freymueller, adding that this would be the case for the introduction of any new technology.

Over 10 years, an assumed investment of 1.3 million Swiss francs ($1.3 million) in a pump could be recovered if 15 trucks visited it exclusively for their annual fuelling needs, HHM estimates. Supermarket chain Migros is taking three Xcients and plans to measure their performance against a Mercedes-Benz truck powered by an electric battery, three biogas-fuelled trucks from Italy’s Iveco – and diesel.

At the moment, Migros says it pays 50 million Swiss francs a year in heavy vehicle environmental duties (LSVA) levied on all vehicles over 3.5 tonnes using any roads in Switzerland. The Hyundai trucks will initially be exempt from LSVA.

“We will see on each journey what the energy consumption will be depending on the geography and topology,” he said.

“With an electric battery, instead of carrying merchandise around you are carrying around the battery. You have a 200 km range, which you can use for a city, but you cannot use it for the Alps,” he said. “H2 you can use for everything.”

Lessons from history on climate and pandemics: Books in brief
Magic smartphone trees: technology for a circular economy
Gamma Ray Bursts are the Deadliest Things in the Universe
Air quality: WHO guidelines could deepen inequities
NASA Discovers Signs of First Planet Outside Milky Way Galaxy