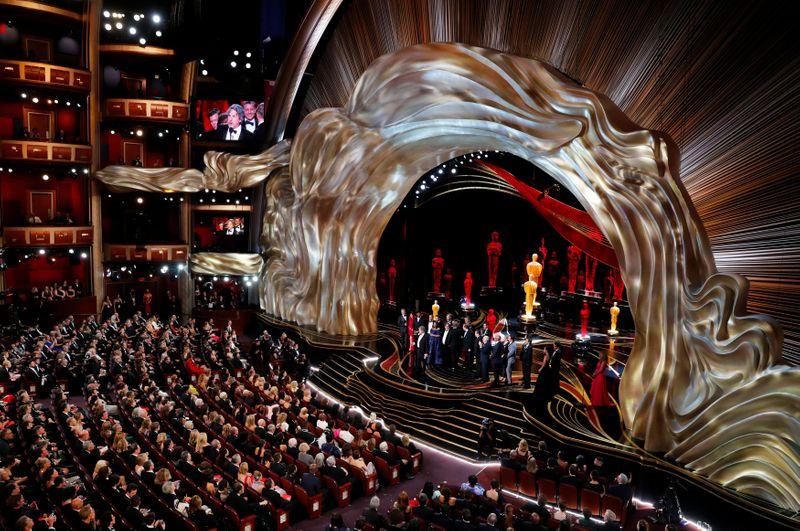 (Reuters) – Food at this year’s Oscar events will be almost entirely plant-based, the Academy of Motion Pictures said on Monday, in line with other celebrity dinners during Hollywood’s 2020 awards season.

Menus for the annual luncheon for Oscar nominees on Monday, as well as finger food served before the Academy Awards ceremony in Hollywood on Feb. 9, will be 100% plant-based, the academy said.

The menu for the Governors Ball, a glitzy event held immediately after the Oscar ceremony, will be 70% plant-based and 30% vegetarian, fish and meat.

Plastic water bottles and other beverages in plastic containers will be eliminated from all Oscar events, the Academy of Motion Picture Arts and Sciences said in a statement.

The academy, whose 8,000 members choose the Oscar winners, said it was an “organization of storytellers from around the world, and we owe our global membership a commitment to supporting the planet.”

“Joker” star Joaquin Phoenix, a strict vegan, suggested the change for the Golden Globes sit-down dinner, where the usual steak and fish was replaced with mushroom risotto and oyster mushroom scallops.

Are you good enough to cross the valley?
Music inspired by black holes, book encourages children to listen to the universe
An Historic Milestone for Perseverance on This Week @NASA – September 10, 2021
How nuclear information has been hidden – and brought to light
Could microscale concave interfaces help self-driving cars read road signs?