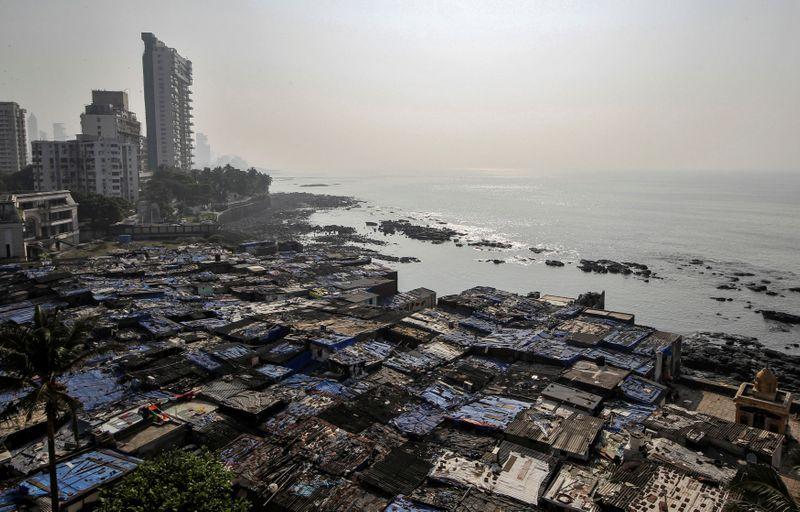 MUMBAI (Reuters) – Already at risk from rains, flooding and open sewers, slum-dwellers who live by the ocean in the Indian financial capital Mumbai are vulnerable to rising seas caused by global warming and say the government should help them move to safer locations.

Thousands of people, mostly migrants from other parts of the country, live in temporary shelters, built on rocks at the edge of the sea and are likely to be the first hit from coastal flooding caused by climate change.

“Even hearing about (the rising sea levels) we feel afraid. What do we do? We have been living here for so many years. It would be good if the government could do something to help us,” said Kamakshi Tangesh Devender, who lives in a slum in Worli neighborhood.

Climate change poses a greater threat to poor communities in developing nations like India, Indonesia and the Philippines, with people living on the margins less able to protect themselves from the impact.

The U.N.-backed Intergovernmental Panel on Climate Change said in a report in September that sea levels could rise by one meter (3.3 feet) by 2100 — 10 times the rate in the 20th century — if carbon emissions that are responsible for climate change keep climbing.

“Mumbai is going to be under water, we need to plan for that eventuality and what is required is to plan a new city to replace Mumbai as and when it gets submerged. And ideally, to my mind, it should be somewhere inland – at a pretty substantial elevation,” Debi Goenka, an environmental activist, told Reuters.

As well as changing sea levels, scientists say climate change is causing an increase in extreme weather events around the world such as drought and floods.

Mumbai has been hit this year by incessant rains and flooding, causing loss of life and property and halting essential services like local transport. The city received 66% more rainfall than average during the June to September monsoon season, breaking a record set in 1954.

Governments are meeting at a U.N. summit on climate change in Madrid on Dec. 2-13.

Capella to work with U.S. Army Space and Missile Defense Technical Center
With Real Tone, Pixel 6 aims to improve your portraits, whatever your skin tone
LinkedOut
Snapchat to introduce family safety tools to protect minors using its app
Ice Needles May be the Key to Unlock Mysterious Stone Pattern on Earth and Mars