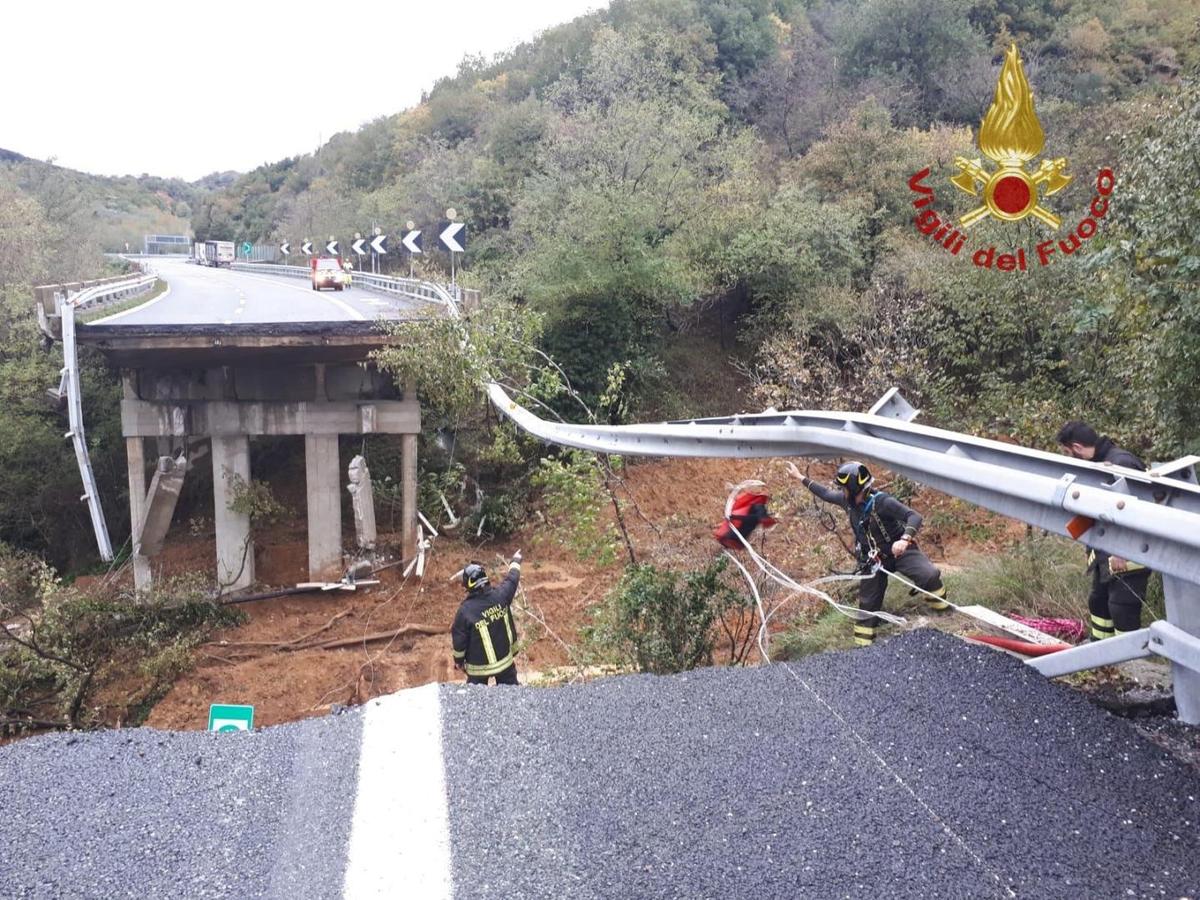 A portion of a motorway bridge linking Savona to Turin is seen after it collapsed due to a landslide near Savona, Italy, November 24, 2019. Vigili del Fuoco/Handout via REUTERS

MILAN (Reuters) – A motorway bridge collapsed on Sunday in Italy’s northwestern region of Liguria near the coastal city of Savona, following a massive landslide caused by recent bad weather.

It was not immediately clear if there were any casualties. Liguria’s president Giovanni Toti said in a news conference that one car was reportedly involved but that he had no evidence and searches were continuing.

The 50-meter long viaduct is located just outside Savona on the A6 highway which links the coast to Turin. A spokesman for SIAS, the company operating the highway, said it was carrying out investigations to assess the situation.

Liguria is the same region where a motorway bridge collapsed last year in Genoa, killing 43 people. Known as the Morandi Bridge, it was operated by Autostrade per l’Italia, a unit of infrastructure group Atlantia.

Toti said motorway traffic had been stopped in both directions, although only one of the two separate carriageways had collapsed while the other was undamaged.

He added that a local road near the motorway had also been washed away by the landslide.