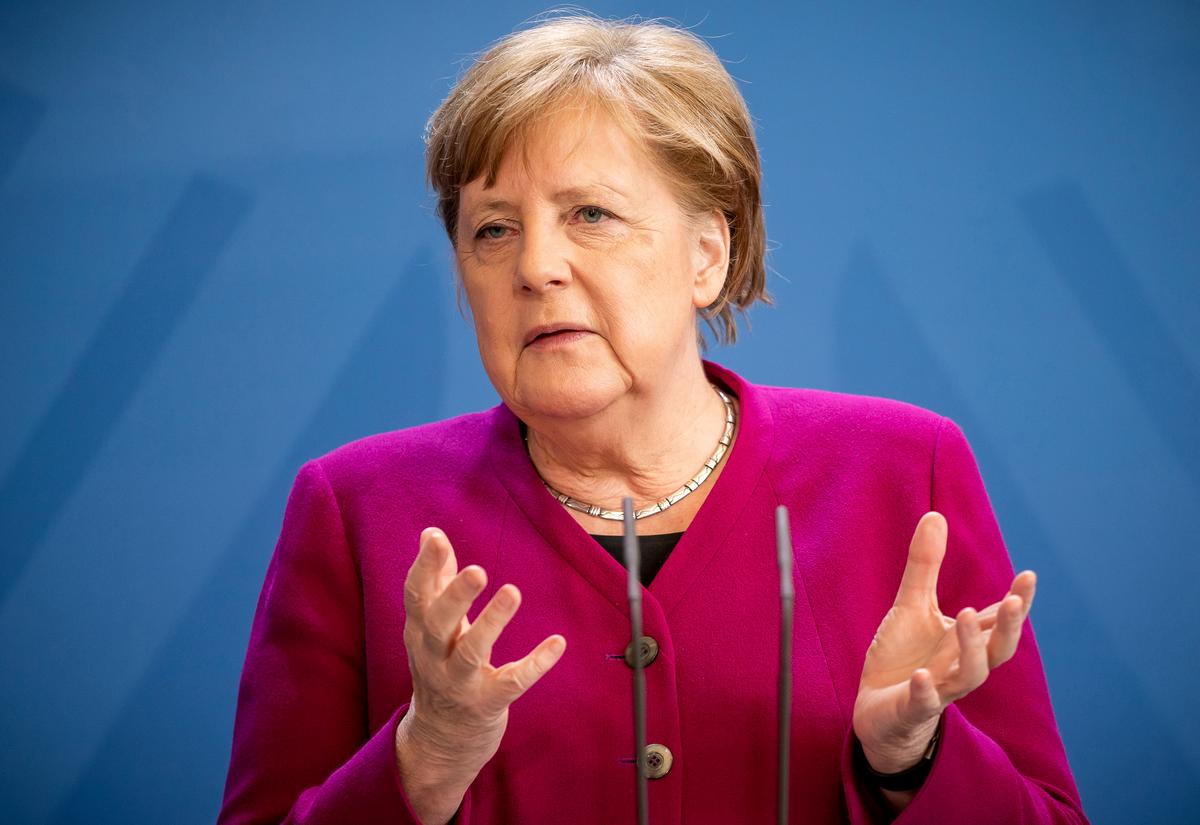 Her comments are the clearest sign yet that Merkel wants to combine the task of helping companies recover from the pandemic with the challenge of setting more incentives for reducing carbon emissions.

Speaking at a virtual climate summit known as the Petersberg Climate Dialogue, Merkel said she expected difficult discussions about how to design post-crisis stimulus measures and about which business sectors need more help than others.

“It will be all the more important that if we set up economic stimulus programmes, we must always keep a close eye on climate protection,” Merkel said, adding the focus should be laid on supporting modern technologies and renewable energies.

U.N. Secretary General Antonio Guterres told the conference there could be an opportunity for the world in the “dark times” of the coronavirus crisis.

“The restart can lead to a healthier and more resilient world for everyone,” he said.

Merkel said governments should pull in private-sector money through international financial markets to finance the costly shift towards a more climate-friendly economy.

Proposals discussed by senior members of Merkel’s ruling coalition for a post-coronavirus stimulus package include a higher cash incentive for buying electric cars.

Merkel also welcomed the more ambitious goal set by the European Commission, the European Union’s executive, of cutting greenhouse gas emissions by up to 55% by 2030 compared to 1990 levels.

Christoph Bals from Germanwatch, an environment protection group, said it was an important step forward for Merkel to put her weight behind the EU climate target.

“She now has the task, as the future EU Council president, to actually link the corona stimulus programmes with the climate targets in such a way that at least a 55-percent EU target for 2030 can also be formally adopted this year,” Bals said.

Germany will hold the EU presidency in the second half of this year.

The EU agreed last week to build a trillion-euro recovery fund to revive economies ravaged by the pandemic and has already signed off on state aid worth 1.8 trillion euros ($1.95 trillion).

So far, the European Commission has not attached “green” conditions when approving aid from national budgets, as the health crisis takes priority.

But Ursula von der Leyen, the president of the European Commission, has said the trillion euro package, being drafted for review around mid-May, would boost her Green Deal plan to cut EU net emissions to zero by 2050.

Getting started with building an audience in the creator economy
Enpal closes out Series C with $174M from SoftBank for tech to make it easier for homeowners to make the switch to solar energy
Plans to Extract Fossil Fuels May Put Global Temperatures at Unsafe Levels
Many of 2021’s record ETF launches are ESG-related, but it may not move the needle enough, CEO warns
Shenzhou-13 heads for space station after reaching orbit