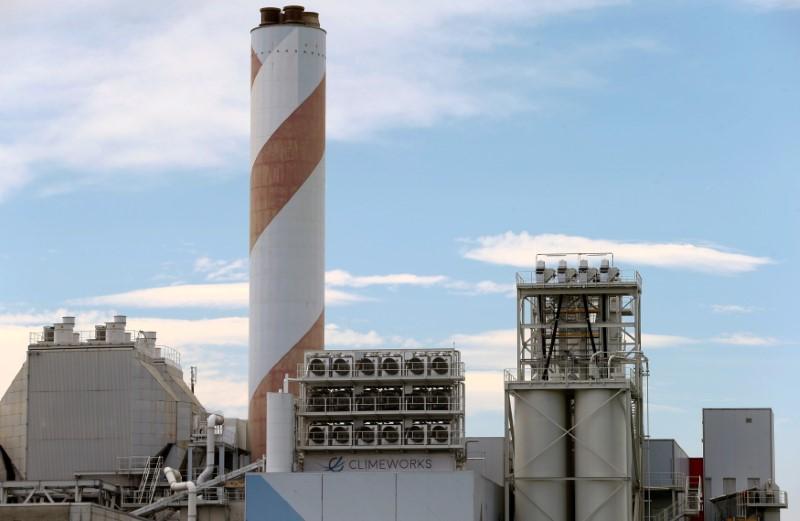 FILE PHOTO: A facility for capturing CO2 from air of Swiss Climeworks AG is placed on the roof of a waste incinerating plant in Hinwil, Switzerland July 18, 2017. REUTERS/Arnd Wiegmann

LONDON (Reuters) – Swiss start-up Climeworks said on Tuesday it had raised a further $75 million from private investors to help fund technology which captures carbon dioxide directly from the air.

The firm uses filters and fans to extract carbon dioxide from the atmosphere which is then stored or made into fertiliser for greenhouses or bubbles for fizzy drinks.

“We aim to inspire 1 billion people to remove carbon dioxide from the air – and this investment will contribute to achieve that goal,” Christoph Gebald, co-founder and co-CEO of Climeworks, said in a statement.

Climeworks said a total of 120 million Swiss francs ($125 million) had now been invested in its technology, adding the funds will be used to expand its capacities, further scale its technology and make it accessible to even more stakeholders.

This would including private individuals, businesses and organizations, the company said.

Is it so bad to take money from Chinese venture funds?
Commercial spaceflight industry sees Inspiration4 as a pathfinder but not a model
Years Later, Deepwater Horizon Oil Spill Caused Abnormalities in Oysters
Epic Games to shut down Houseparty in October, including the video chat ‘Fortnite Mode’ feature
Hurricane Ida forces Louisiana researchers to rethink their future