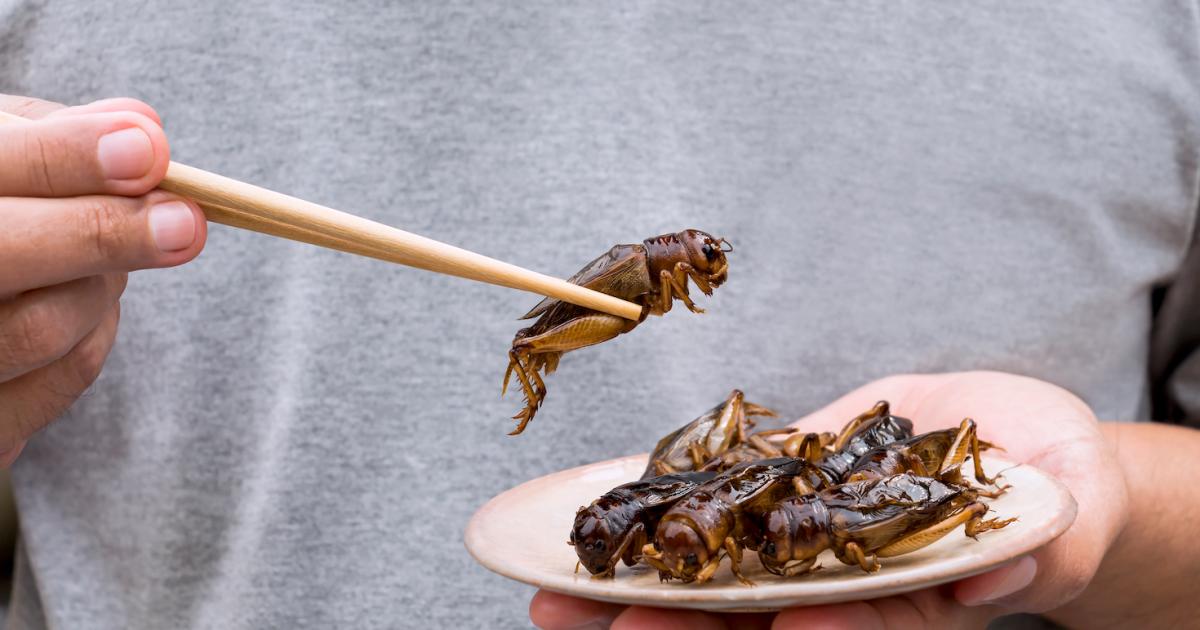 This article originally appeared in our Food Weekly Newsletter.

You may remember my semi-successful attempt to persuade my kids to eat fungi-based bacon. This week, I bring news of a more formidable challenge: Can my two elementary-aged children be persuaded to eat insects?

Our experiment begins with our two subjects upstairs, engaged in one of their usual entropy-maximizing activities. I call up to tell them that a treat awaits. As usual, use of the t-word triggers a reaction time more normally associated with elite athletes. Within seconds they are next to me, standing obediently to attention like children from a Victorian parenting manual.

Arrayed on the table in front of them are snacks from Don Bugito, a startup based just outside San Francisco. Taking it from left to right in the image below, there are toasted crickets covered in chocolate and amaranth seeds, which look highly snackable; less visually appetizing coconut brittle, which comes studded with mealworms; and, for the purists, toasted crickets, served with a scattering of pumpkin seeds.

I’ll be honest: If I discovered these critters in my house I would call pest control, not reach for the frying pan. Yet nutritious insect protein can be farmed using a tiny fraction of the land required for cattle. It also generates dramatically lower levels of greenhouse gases. What’s more, some insects can be fed on what’s currently considered agricultural waste. These benefits give me reason to hope that manufacturers can produce insect-based products delicious enough to  overcome our squeamishness.

With this in mind, I explain to our subjects that the treats are delicious…and also contain insects. Jay Giles is in 2nd grade and has strong opinions about many things. “I’m not eating it. Any of it,” he says. “That’s the worst surprise I’ve ever heard of.” He moves to the far end of the table and expresses his feelings toward me by dismembering a LEGO figurine.

I explain to him the radical carbon benefits of insect protein, inadvertently triggering a flash of PTSD from the earlier fake bacon incident and another failed experiment involving oat milk. ”Ah, so that’s why you got them,” he says, eyes narrowing. “I hate stuff that’s very good for the planet!”

Jay’s older brother Sam is in 5th grade and less prone to hot takes. He nibbles the edge of a chocolate-coated cricket. They’re not alive, I say. “But they’re still weird,” he says, torn between wanting the chocolate outside and fearing the entomological filling within. Disgust wins round one. “No way. Urgh. Not eating that. I’m going to get a really bad tummy ache…and then die.”

I hate stuff that’s very good for the planet! — a 2nd grader

Meanwhile, Jay is edging back up the table. Behold the power of chocolate! “They’re really dead?” he asks. I assure him they are. He picks up a chocolate nugget and bites into it, revealing half a cricket. “Disgusting,” he says, before noticing that the bowl is emptying. Sam’s interior struggles are over, with chocolate the triumphant winner of that battle. Jay finishes his half-eaten cricket and reaches for another, triggering a race with his brother to finish the bowl.

Flushed with success, I suggest they try the other options. No chance, they say. I opt for bribery: Is there anything I could give them to persuade them otherwise? “Nothing,” Sam says flatly. “One hundred of those?” asks Jay hopefully, pointing at the bowl of chocolate cricket nuggets.

So there you have it: Cover insects in chocolate and even the most picky of eaters can be swayed, but other than that it’s going to be a tough sell. Granted, the results of this two-person experiment aren’t going to impact many corporate strategies. But many insect protein companies that target humans — as opposed to those producing animal feed — already push in this direction by using insect-based flours as protein supplements, rather than selling packets full of critters.

Still, I love the idea that people in countries where insects are not generally on the menu might broaden their tastes with a food that’s so remarkably sustainable. Unlike my kids, I tried all three Don Bugito products. The brittle has a bitter aftertaste that I didn’t love, but the toasted crickets flavored with lime and chilli are quite satisfying. They taste even better if you look away while grabbing a handful.

[Subscribe to our free Food Weekly newsletter to get more great analysis on sustainable food systems news and trends.]