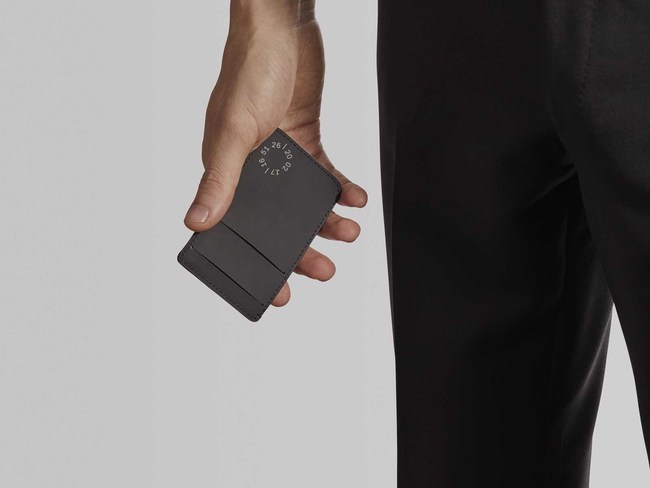 For more essays by Heather Clancy, sign up for VERGE Weekly, one of our free newsletters.

In early January, I covered personal care products company Aveda’s project to trace and verify the provenance of its vanilla supply using blockchain — and to allow consumers to peek into that information by later this year.

It’s not the only consumer brand dreaming about that sort of connection or looking to digital technology as the answer.

Fashion brand Covalent, created to showcase the potential of a biomaterial called AirCarbon made by biotech firm Newlight Technologies, has started communicating with its customers in a similar way. It’s using blockchain software from IBM to track and disclose carbon impact data related to the production of its products, marketed as carbon-negative.

Covalent’s metric is called Carbon Date, a 12-digit number stamped on the roughly three dozen SKUs in its product catalog — items ranging from wallets to clutches to smartphone sleeves to tote bags. Consumers can see the data by visiting the Covalent website and entering their unique code. (The test drive at the link shows you the sort of information that is shared.) The Carbon Date is verified with footprint information from carbon accounting firm Carbon Trust, which created a cradle-to-cradle analysis of AirCarbon after an assessment in 2020.

Newlight CEO Mark Herrema told me his company created the Carbon Date concept to appeal to consumers seeking to dig deeper into the environmental claims being made by consumer products brands. “We had this epiphany that GHG emissions seem like such a vague issue … It was about turning this into something tangible,” he says.

The material used to create the products, AirCarbon, is made through a renewable energy-powered anaerobic production process in which microorganisms digest air, saltwater and captured greenhouse gases to create a bioderived polymer. According to Newlight, for every one kilogram of AirCarbon produced in this manner, 88 kilograms of CO2 equivalent are sequestered. Hence, Covalent’s ability to make a carbon-negative claim.

Right now, this is a pretty niche brand: The only place you can buy the Covalent items is on the company’s e-commerce site, and at $480 for a tote bag, they’re obviously not meant for the average consumer.

But Debbie Kestin-Schildkraut, marketing and alliances lead for IBM AI applications and the tech firm’s global blockchain ecosystem, says the importance of proving environmental claims is growing. “We are seeing in every study that we do that more and more consumers are willing to change their shopping habits … Blockchain can help build involvement,” she said.

IBM’s blockchain technology is being used in some pretty compelling ways, including to track scallop fishing and offer a premium price to certain boats that fish more sustainably than others; and for food safety applications, such as the ones being deployed by Walmart. Recycler Plastic Bank is also using IBM blockchain services to verify its claims. (The same integrator that wrote that application helped Covalent with the Carbon Date project.)

To be clear, the life-cycle analysis used for the Carbon Data calculation includes just raw material extraction, transport of raw materials and manufacturing. It doesn’t include the e-commerce cycle, nor does it include end-of-life considerations that are part of circular economy assessments. AirCarbon is billed a “natural, biologically degradable material” similar to wood. If it winds up in the ocean, it can be eaten by microorganisms — much like a banana peel, according to the company’s FAQ.

Is this all a publicity stunt? The skeptic in me says yes but I love the creativity and you can’t argue with the need for transparency initiatives that include the consumer. In this way, the Carbon Date initiative echoes similar moves to label food with their carbon impact that have been embraced by the likes of Unilever, Chipotle and Panera Breads. The challenge will be finding an approach that doesn’t require a translation guide for every single consumer production category.