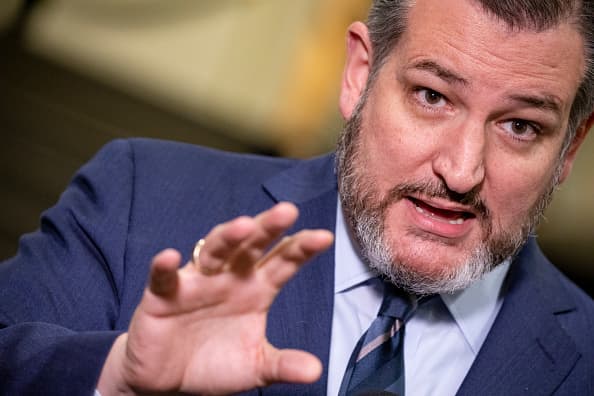 Sen. Ted Cruz told CNBC on Monday he and eight other GOP senators recently ripped into the Saudi ambassador in a conference call over the oil price war with Russia that has threatened to put American producers out of business.

“We quite frankly unloaded on her,” Cruz said of the call during an interview with CNBC’s “Squawk Box.” Cruz said the call with Princess Reema bint Bandar bin Sultan bin Abdulaziz Al Saud was “as candid a call, and direct a call, as I’ve ever had with a foreign leader.”

Oil prices have plummeted as Saudi Arabia and Russia remain locked in a price war that began after Russia earlier this month rejected an additional 1.5 million barrels per day production cut proposed by OPEC.

U.S. crude briefly dipped below $20 on Monday. Brent, the international benchmark, fell to its lowest price in nearly 18 years.

Following Russia’s rejection, Saudi Arabia slashed its official oil price and announced that it will increase production to 12.3 million barrels per day when the current production cuts expire at the end of March. Tanking prices have made it unprofitable for many U.S. firms to to remain active, analysts have said.

The Republican lawmaker said that the senators warned that they would take action against Saudi Arabia if the “economic warfare” continued, though he did not specify specific retaliatory measures.

“We said look, there are a whole series of steps we can take to escalate foreign policy pressure — and we outlined a number of them — if you continue engaging in economic warfare against the United States, trying to drive down the price of oil in order to exploit this coronavirus crisis to drive a bunch of American producers out of business.”

The Saudi embassy in Washington did not immediately respond to a request for comment.

Cruz said the senators on the call were among the 13 Republicans who wrote a letter to Saudi Crown Prince Mohammad bin Salman earlier in March urging him to halt Saudi efforts to boost production and lower prices. He said the lawmakers have “historically been the strongest allies in the Senate of Saudi Arabia,” suggesting that support could be on the line.

“If they don’t change their course their relationship with the United States is going to change very fundamentally,” Cruz said.

Cruz did not say which nine were on the conference call.

Princess Reema sought to pin the blame on Russia on the call with the American lawmakers, Cruz said. Cruz said that he responded that Russia was not expected to be a friend to the United States, while Saudi Arabia was.

“You are not behaving like a friend when you are trying to destroy thousands and thousands of small businesses all across Texas and the country,” he said he told her.

“The Saudis are hoping to drive out of business American producers, and in particular shale producers, largely in the Permian Basin in Texas and in North Dakota,” Cruz said at another point in the interview. “That behavior is wrong, and I think it is taking advantage of a country that is a friend.”

Cruz also said he hoped that President Donald Trump, scheduled to speak with Russian leader Vladimir Putin by phone on Monday morning, would bring up the issue.

Trump said on Fox News earlier on Monday that he would bring up the price war, noting that Saudi Arabia and Russia “both went crazy.”

— CNBC’s Pippa Stevens and Kevin Breuninger contributed to this report