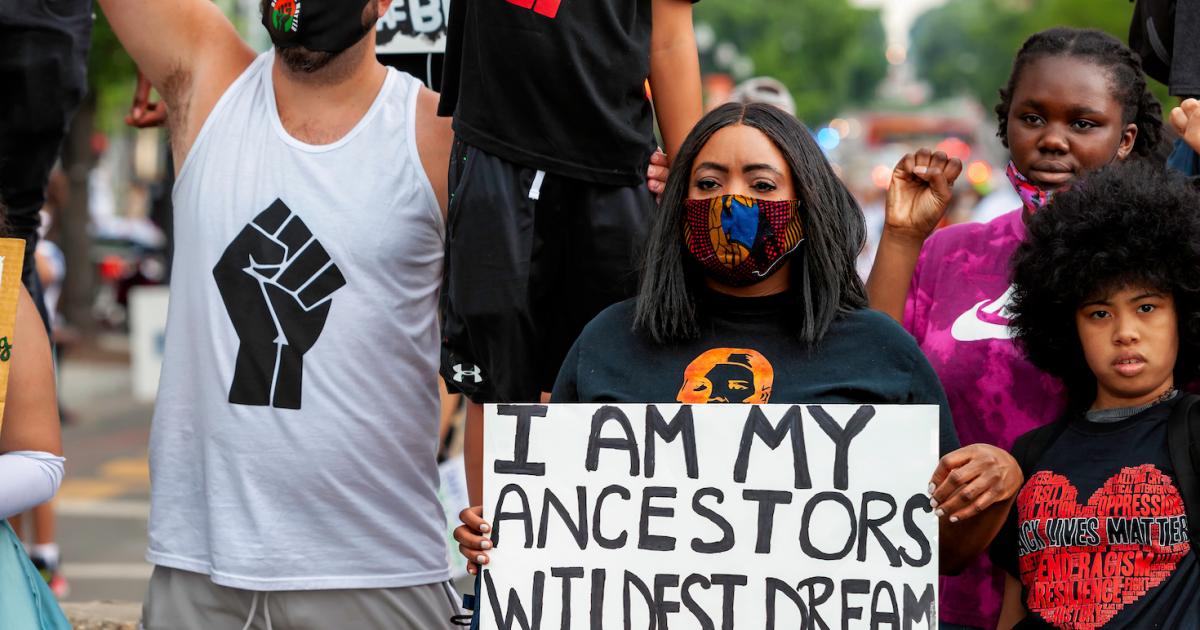 Editor’s Note: The GreenBiz Group team honors Juneteenth on Friday as a time of reflection about the broader imperative to support diversity, equity and inclusion and the more specific intersection between environmental justice and sustainability. This essay originally appeared on the WeSpire blog and is republished with permission.

Opal Lee’s first march to make Juneteenth a federal holiday was around her church in Fort Worth, Texas. As she described it to NPR, “I got together some people here. We had a rally, and so after the rally, the people walked with me, and we’ve been going ever since.”

Opal Lee ended up walking all the way to Washington, D.C., in 2016. Quite the undertaking but even more inspiring because she was 90. She has continued to push Congress since. At this writing, her petition on Change.org has 1.6 million signatures. Last year, she finally saw legislation introduced, on Juneteenth, to make it a holiday. It didn’t pass then but has been reintroduced this year. (Editor’s note: Since this article was first published, both chambers of the U.S. Congress overwhelmingly have voted to establish Juneteenth as a federal holiday. President Joe Biden signed the bill into law Thursday.)

Juneteenth celebrations began in Texas 150 years ago to commemorate the day that news of the Emancipation Proclamation finally reached Galveston, nearly 2.5 years after it was issued. Texas made it a state holiday in 1980. Since then, 47 states have added it as a state holiday or observance. A growing number of companies such as Quicken Loans, Nike, Citigroup, Target and, yes, WeSpire, observe it as a paid holiday. Major banks, including JPMorgan Chase, Capital One, PNC and Fifth Third, close early.

For many who celebrate Juneteenth, it’s an opportunity to teach African-American heritage and culture. Traditions include reading the Emancipation Proclamation, singing traditional gospel songs and reading works by noted writers such as Ralph Ellison and Maya Angelou. Barbecue and soul food anchor many a celebration and red food and drinks are served, a symbol of ingenuity and resilience in bondage.

We need to be aware that we can do so much more together than being apart.

For Lee, commemorating the holiday means more than recognizing a historical moment. It’s about embracing unity and equity more boldly as a nation. She points out in her petition that slaves didn’t free themselves and that they had help from allies — politicians, abolitionists, soldiers and others who gave their lives for freedom of the enslaved.

“We need to be aware that we can do so much more together than being apart,” Lee told CNN. “We can pull our resources (together), learn from each other, and make the world a better place to live.”

Continuing to strive for equity, unity and justice

It is that sentiment that ultimately drove our decision to celebrate Juneteenth at WeSpire. We need as leaders to acknowledge that the work of emancipation is still not done: not in our companies, our cities or our nation.

We must actively do more, every day, to bring about racial equity, unity and justice. It starts by increasing awareness and education, but ultimately it requires changing our behaviors. How we hire and promote. How we treat people in meetings. Who we choose to mentor and sponsor. Who we sit with at lunch and include in the casual, informal after-work events. And take it from someone who knows a lot about behavior change: This work is hard.

By taking a day to honor and celebrate when we did the right thing as a nation, we also will have an opportunity to reflect, and recommit to fixing, all that we still haven’t gotten right. So if you haven’t asked your company or school to make Juneteenth a holiday, go ask. If you’ve never celebrated it, start. The promise of emancipation may have started in 1863, but it’s up to us to see it through.