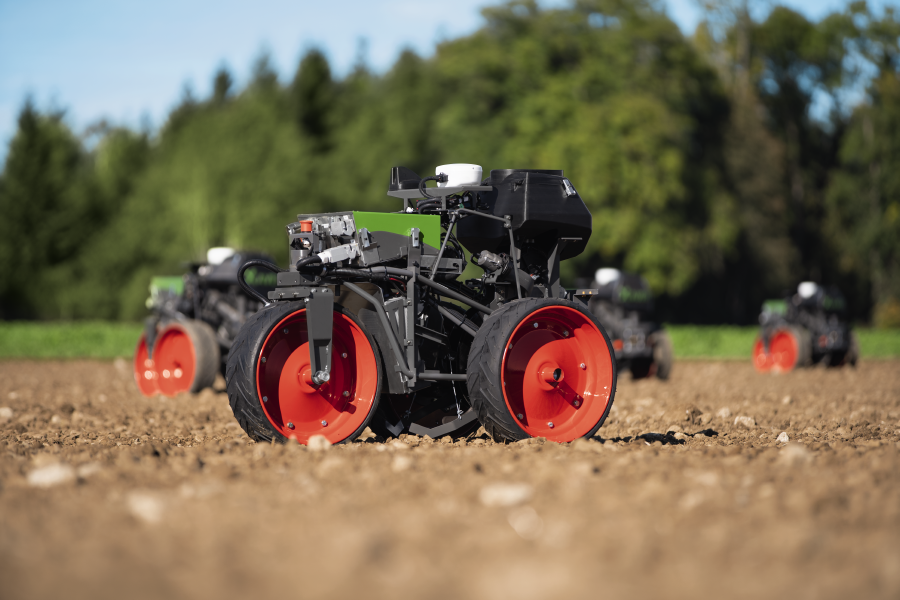 Without the benefit of their favorite search engine, I’m certain many readers would be hard-pressed to name the largest, pure-play agricultural equipment company in the world. But digging into innovations being advanced by that organization — AGCO, based in Duluth, Georgia — reveals much about the potential future of technology for cultivating regenerative and precision agriculture.

With about $9 billion in annual revenue in 2019, AGCO is behind some of the best-known global brands in tractors, combine harvesters, balers and other farm equipment, including Massey-Ferguson, Fendt, Challenger and Valtra.

AGCO has made many, many acquisitions to amass this portfolio, including the buyout of Precision Planting from Monsanto (now Bayer) in 2017. With new CEO Eric Hansotia poised to step up Jan. 1, AGCO is sowing the seeds for a global refresh of its mission — including electrified farm machinery, autonomous field robots that swarm through fields and smart tractor retrofits that provide farmers with insights into metrics such as the organic matter in their soil.

“It has always been about the economic return for the farmer; now we’re trying to pull sustainability into that,” AGCO’s new (and first) director of global sustainability, Louisa Parker-Smith, told me when we chatted in early December.

For perspective, the market for agricultural equipment was sized at $139 billion in 2018, and it’s expected to achieve a compound annual growth rate of 8.9 percent through 2025. Earlier this year, market research firm IDTechEx predicted $50 billion in sales of electric farm equipment during the next decade — some of these are updates to tractors and other big machinery but others are entirely new autonomous, robotic vehicles, such as agribots that can pick weeds or plant seeds.

Parker-Smith, an eight-year AGCO veteran, said enabling sustainable farm production — using less energy and inputs — is a core tenet of future product design. Moving away from heavier equipment, for example, could help reduce soil compaction, allowing fields to absorb and sequester more atmospheric carbon dioxide. And, through its Precision Planting division, AGCO is developing more devices — many of which can be retrofitted to existing equipment from AGCO and competitors — that help farmers track organic matter or water metrics, among other data. “How do we allow a farmer to understand the potential of their field,” Parker-Smith said.

One example of how the future looks on the ground is Xaver, a robotic approach to seed planting being developed and tested as part of the company’s Future Farm initiative. The robots, far smaller (maybe the size of a motorized tricycle) than a traditional piece of equipment, can be orchestrated via satellite positioning and a cloud-based software application.

In one videos about the technology, AGCO estimates a “swarm” of six robots can cover roughly 7.5 acres in an hour. Parker-Smith notes that not only do the bots have a much lighter footprint, they use 90 percent less energy than a traditional tractor.

AGCO is also electrifying some of its larger tractors, notably several from the Fendt division, although the weight of this equipment makes this a tough development challenge — it takes a lot of batteries to get to the horsepower required for certain farming tasks, such as plowing or tilling.

Parker-Smith’s new role is to help the entire company, from designers to dealers, rise to the occasion. “My focus is really to harness the energy of the entire organization. There’s a huge amount that is happening,” she said. “We don’t want just to be caught up with the risk management aspects of this. We are really looking at value creation from the customer perspective.”

AGCO isn’t the only ag equipment provider, of course, that envisions a hybrid, electric future in agriculture. U.K. startup Small Robot Company is developing farmbots that can weed, plant and feed crops; and Japanese company Kubota is pitching an autonomous, electric tractor with four treads instead of wheels that can traverse all sorts of terrain. Just last week, another upstart, Monarch Tractor, introduced a fully electric, “driver optional” smart tractor that carries a pricetag of $50,000. It’s supposed to deliver the first models in fall 2021 and claims “hundreds” of pre-orders.

The mammoth John Deere, which had close to $40 billion in 2019 revenue across farming, construction and forestry equipment, is also developing electrified farming equipment, including an autonomous, electric tractor.

It takes a long time for aging farm equipment to be put out to pasture permanently, so convincing farming organizations to invest in these emerging technologies — regardless of the potential benefits they might have for regenerative ag — is definitely a long-term proposition.

But given how much the big food companies are banking on convincing their supply chains to invest in regenerative agriculture, it would be a mistake to overlook the role that electric, autonomous vehicles can play in the field.