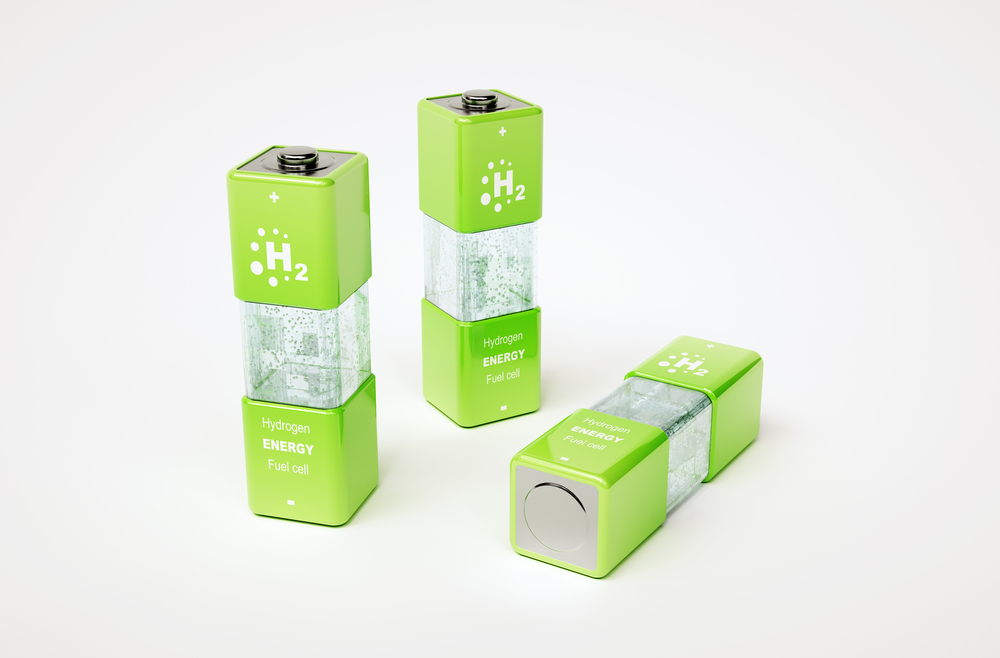 This article originally was published on Yale Environment 360.

Saudi Arabia is constructing a futuristic city in the desert on the Red Sea called Neom. The $500 billion city — complete with flying taxis and robotic domestic help — is being built from scratch and will be home to a million people. And what energy product will be used both to power this city and sell to the world? Not oil. The Saudis are going big on something called green hydrogen — a carbon-free fuel made from water by using renewably produced electricity to split hydrogen molecules from oxygen molecules.

This summer, a large U.S. gas company, Air Products & Chemicals, announced that as part of Neom it has been building a green hydrogen plant in Saudi Arabia for the last four years. The plant is powered by 4 gigawatts from wind and solar projects that sprawl across the desert. It claims to be the world’s largest green hydrogen project — and more Saudi plants are on the drawing board.

Green hydrogen? The Saudis aren’t alone in believing it’s the next big thing in the energy future. While the fuel is barely on the radar in the United States, around the world a green hydrogen rush is underway, and many companies, investors, governments and environmentalists believe it is an energy source that could help end the reign of fossil fuels and slow the world’s warming trajectory.

“It is very promising,” said Rachel Fakhry, an energy analyst for the Natural Resources Defense Council. Experts such as Fakhry say that while wind and solar energy can provide the electricity to power homes and electric cars, green hydrogen could be an ideal power source for energy-intensive industries such as concrete and steel manufacturing, as well as parts of the transportation sector that are more difficult to electrify. “The last 15 percent of the economy is hard to clean up — aviation, shipping, manufacturing, long-distance trucking,” Fakhry said in an interview. “Green hydrogen can do that.”

Europe, which has an economy saddled with high energy prices and is heavily dependent on Russian natural gas, is embracing green hydrogen by providing funding for construction of electrolysis plants and other hydrogen infrastructure. Germany has allocated the largest share of its clean energy stimulus funds to green hydrogen. “It is the missing part of the puzzle to a fully decarbonized economy,” the European Commission wrote in a July strategy document.

Germany has allocated the largest share of its clean energy stimulus funds to green hydrogen.

Hydrogen’s potential as a fuel source has been touted for decades, but the technology never has gotten off the ground on a sizeable scale — and with good reason, according to skeptics. They argue that widespread adoption of green hydrogen technologies has faced serious obstacles, most notably that hydrogen fuels need renewable energy to be green, which will require a massive expansion of renewable generation to power the electrolysis plants that split water into hydrogen and oxygen. Green hydrogen is also hard to store and transport without a pipeline. And right now in some places, such as the U.S., hydrogen is a lot more expensive than other fuels such as natural gas.

While it has advantages, said Michael Liebreich, a Bloomberg New Energy Finance analyst in the United Kingdom and a green hydrogen skeptic, “it displays an equally impressive list of disadvantages.”

“It does not occur in nature so it requires energy to separate,” Liebreich wrote in a pair of recent essays for BloombergNEF. “Its storage requires compression to 700 times atmospheric pressure, refrigeration to 253 degrees Celsius… It carries one quarter the energy per unit volume of natural gas… It can embrittle metal; it escapes through the tiniest leaks and yes, it really is explosive.”

In spite of these problems, Liebreich wrote, green hydrogen still “holds a vice-like grip over the imaginations of techno-optimists.”

Ben Gallagher, an energy analyst at Wood McKenzie who studies green hydrogen, said the fuel is so new that its future remains unclear. “No one has any true idea what is going on here,” he said. “It’s speculation at this point. Right now it’s difficult to view this as the new oil. However, it could make up an important part of the overall fuel mix.”

Hydrogen is the most abundant chemical in the universe. Two atoms of hydrogen paired with an atom of oxygen creates water. Alone, though, hydrogen is an odorless and tasteless gas, and highly combustible. Hydrogen derived from methane — usually from natural gas, but also coal and biomass — was pioneered in World War II by Germany, which has no petroleum deposits. But CO2 is emitted in manufacturing hydrogen from methane and so it’s not climate friendly; hydrogen manufactured this way is known as gray hydrogen.

Green is the new kid on the hydrogen block, and because it’s manufactured with renewable energy, it’s CO2-free. Moreover, using renewable energy to create the fuel can help solve the problem of intermittency that plagues wind and solar power, and so it is essentially efficient storage. When demand for renewables is low, during the spring and fall, excess electricity can be used to power the electrolysis needed to split hydrogen and oxygen molecules. Then the hydrogen can be stored or sent down a pipeline.

The last 15 percent of the economy is hard to clean up — aviation, shipping, manufacturing, long-distance trucking. Green hydrogen can do that.

Such advantages are fueling growing interest in global green hydrogen. Across Europe, the Middle East and Asia, more countries and companies are embracing this high-quality fuel. The U.S. lags behind because other forms of energy, such as natural gas, are much cheaper, but several new projects are underway, including a green hydrogen power plant in Utah that will replace two aging coal-fired plants and produce electricity for southern California.

In Japan, a new green hydrogen plant, one of the world’s largest, just opened near Fukishima — an intentionally symbolic location given the plant’s proximity to the site of the 2011 nuclear disaster. It will be used to power fuel cells, both in vehicles and at stationary sites. An energy consortium in Australia just announced plans to build a project called the Asian Renewable Energy Hub in Pilbara that would use 1,743 large wind turbines and 30 square miles of solar panels to run a 26-gigawatt electrolysis factory that would create green hydrogen to send to Singapore.

As Europe intensifies its decarbonization drive, it, too, is betting big on the fuel. The European Union just drafted a strategy for a large-scale green hydrogen expansion, although it hasn’t been officially adopted yet. But in its $550-billion clean energy plan, the EU is including funds for new green hydrogen electrolyzers and transport and storage technology for the fuel. “Large-scale deployment of clean hydrogen at a fast pace is key for the EU to achieve its high climate ambitions,” the European Commission wrote.

The Middle East, which has the world’s cheapest wind and solar power, is angling to be a major player in green hydrogen. “Saudi Arabia has ridiculously low-cost renewable power,” said Thomas Koch Blank, leader of the Rocky Mountain Institute’s Breakthrough Technology Program. “The sun is shining pretty reliably every day and the wind is blowing pretty reliably every night. It’s hard to beat.”

BloombergNEF estimates that to generate enough green hydrogen to meet a quarter of the world’s energy needs would take more electricity than the world generates now from all sources and an investment of $11 trillion in production and storage. That’s why the focus for now is on the 15 percent of the economy with energy needs not easily supplied by wind and solar power, such as heavy manufacturing, long-distance trucking and fuel for cargo ships and aircraft.

The energy density of green hydrogen is three times that of jet fuel, making it a promising zero-emissions technology for aircraft. But Airbus, the European airplane manufacturer, recently released a statement saying that significant problems need to be overcome, including safely storing hydrogen on aircraft, the lack of a hydrogen infrastructure at airports, and cost. Experts say that new technologies will be needed to solve these problems. Nevertheless, Airbus believes green hydrogen will play an important role in decarbonizing air transport.

“Cost-competitive green hydrogen and cross-industry partnerships will be mandatory to bring zero-emission flying to reality,” said Glen Llewellyn, vice president of Zero Emission Aircraft for Airbus. Hydrogen-powered aircraft could be flying by 2035, he said.

A major driver of green hydrogen development in the U.S. is California’s aggressive push toward a carbon-neutral future. The Los Angeles Department of Water and Power, for example, is helping fund the construction of the green hydrogen-fueled power plant in Utah. It’s scheduled to go online in 2025.

A company called SGH2 recently announced it would build a large facility to produce green hydrogen in southern California. Instead of using electrolysis, though, it will use waste gasification, which heats many types of waste to high temperatures that reduce them to their molecular compounds. Those molecules then bind with hydrogen, and SGH2 claims it can make green hydrogen more cheaply than using electrolysis.

“Hydrogen fuel cells will power the future of zero-emission mobility in these heavy-duty, hard-to-electrify sectors,” said Roxana Bekemohammadi, executive director of the Western States Hydrogen Alliance. “That fact is indisputable. This new alliance exists to ensure government and industry can work efficiently together to accelerate the coming of this revolution.”

In Australia, the University of New South Wales, in partnership with a global engineering firm, GHD, has created a home-based system called LAVO that uses solar energy to generate and store green hydrogen in home systems. The hydrogen is converted back into electricity as needed.

All these developments, said Blank of the Rocky Mountain Institute, are “really good news. Green hydrogen has high potential to address many of the things that keep people awake at night because the climate change problem seems unsolvable.”