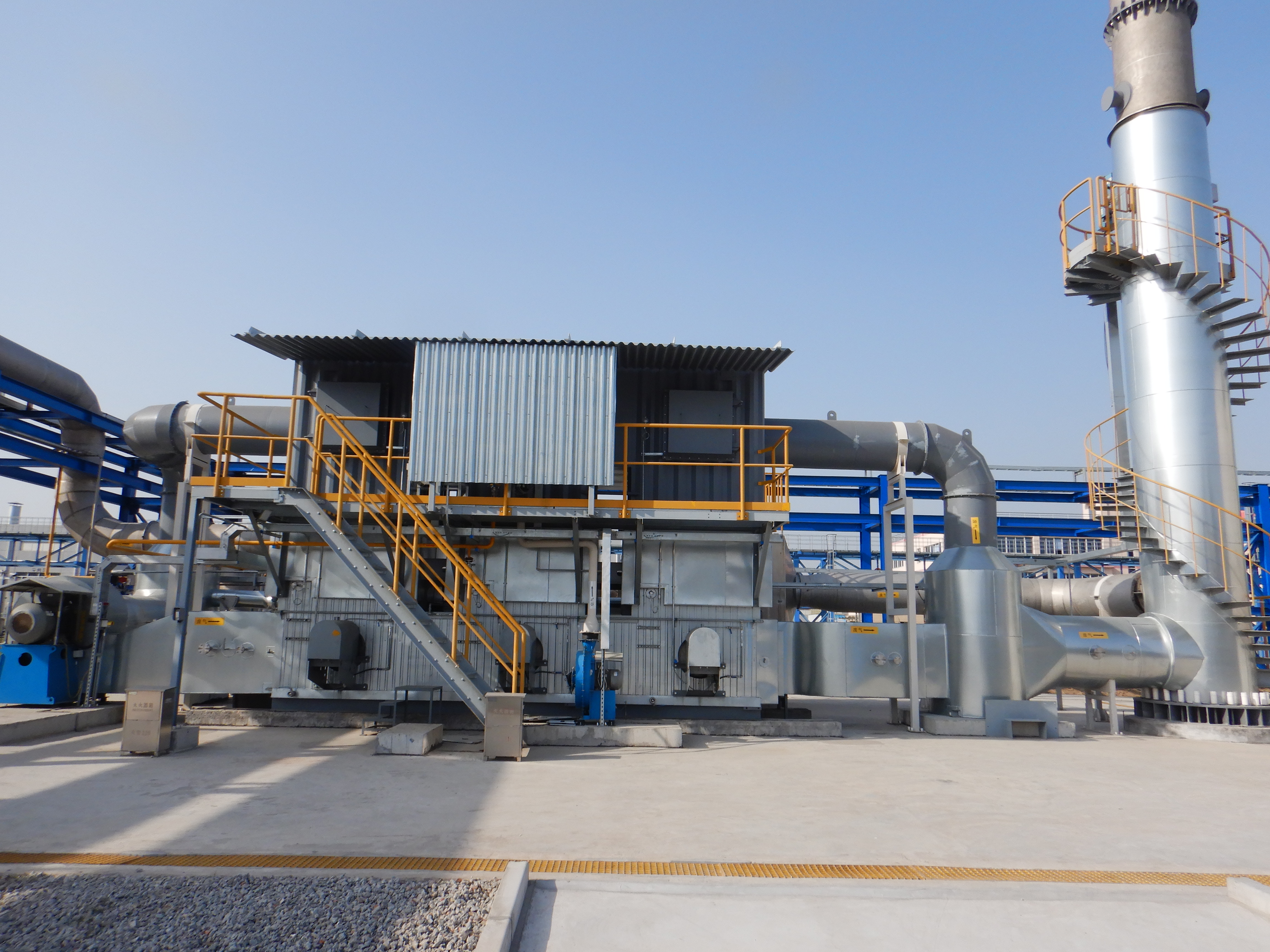 As the global economy reawakens after the COVID-19 shutdown, air emissions and VOC enforcement in China remain a hot topic.

Volatile organic compounds (VOCs) combine with nitrogen oxide to create ozone, a key precursor to smog. Over the past several decades, public health and environmental concerns have made controlling smog a top national policy goal in China and enforcement an increasingly critical issue for companies to navigate.

Industries getting particular focus when it comes to VOC management in China include electronics, packaging and printing, pharmaceuticals, petrochemical, chemical, industrial coating, oil storage and transportation.

In March 2020, for example, China’s State Council announcedfour national requirements for VOC content in adhesives, coatings, inks and cleaning agents widely used in the electronics and electrical industry; the stringency and implementation of these mandates may have a significant impact on production and business risk moving forward. Implementation of these standards is scheduled to start in April.

For any company operating in or with significant supply chain exposure to China, building an understanding of the national and local regulatory landscape and best practices related to VOC mitigation recently has become a vital step to reducing the risk of business interruption arising from environmental enforcement thatbegan in 2016.

More than a decade ago, national policies laid the groundwork for reducing air emissions in China. In 2010, the Central Government of China integrated the “Guideline on Strengthening Joint Prevention and Control of Atmospheric Pollution to Improve Air Quality” into its 12th Five Year Plan. This enshrined into law China’s first air emissions management plan and formalized an approach to regional collaboration.

The Law on Prevention and Control of Air Pollution, also known as the “Air Law,” was updated in 2015 (and again in 2018) to direct local governments in key regions to form emergency response plans for heavily polluting weather conditions. When energy use surges in the autumn and winter seasons, particulate matter and ozone increase to dangerously high levels.

Strategies include tackling large networks of smaller companies, which emit up to 60% of VOCs in China, and penalizing non-compliant companies by lowering their ‘social credit’ rating.

The 2018 Three‐Year Action Plan for Winning the Blue Sky Defense Battle narrowed the scope of air emission management by focusing on the rectification of key regions and industries and establishing a goal of reducing 15 percent of emissions by 2020 (Chinese), compared to 2015 levels. Strategies include tackling large networks of smaller companies, which emitup to 60 percent of VOCs in China, and penalizing non-compliant companies by lowering their“social credit” rating.

For the past 15 years, the Institute of Public and Environmental Affairs (IPE) has collected and analyzed publicly disclosed environmental quality and pollution source records from hundreds of local governments and corporations across China. IPE’s onlinedata analysis tool shows that while the total number of regulatory violations in China decreased across industries between 2016 and 2020, the proportion of enterprises with air emission issues, including VOC violations, has increased year over year.

The overall decline in total violations across industries has been attributed to increased transparency among local governments and a 2016 spike in factory inspections (and shutdowns) that took place across China: The 2016 wave of enforcement actions resulted in renewed effort by companies that hadn’t been shut down to take regulatory concerns more seriously since then.

The unique regulatory demands and opacity of local governments, which can insist on short-term, emergency action to reduce emissions, can be a challenge to navigate. Yet, a predictable pattern gradually has emerged in how authorities determine non-compliant behavior.

First, industries that emit or consume large quantities of VOCs are prioritized. Companies from such key VOC-emitting industries will be honed in on regardless of specific processes, consumption rates or volume of emissions.

Second, authorities focus on specific companies within these industries that are large emitters and key industrial processes (coating, painting, printing, etc.) at those companies.

Third, regional and local governments adjust reduction measures according to a factory’s environmental performance level. For example, if a total emission reduction goal of a region or city can be achieved, the least polluting companies may take reduction measures voluntarily (and not necessarily fully in accordance with regional guidelines) — while all others will be required to strictly follow reduction requirements Local governments maintain and, in many cases, publish lists that rank factories according to their performance level. Factories with substandard performance are required to monitor emissions and make the results available to the public, not dissimilarto the U.S.

The contents of Environmental Impact Assessments (EIAs) and National Pollution Discharge Permit (PDPs) also may be used to determine if and how many VOCs will be generated when a factory completes a construction project or when a factory is fully operational. In a PDP, the maximum volume of VOC emissions that a factory can emit is stated. This number is calculated based on EIA documents, periodic factory monitoring and online monitoring data of a factory.

Local authorities have the ability to not only implement emergency restrictions during heavily polluting weather conditions but also may apply controls if total annual emissions by factories surpass regional emission caps.

The Joint Group of Experts on Scientific Aspects of Marine Environmental Protection (GESAMP), a United Nations advisory body,describes the concept of environmental capacity as “a property of the environment and its ability to accommodate a particular activity or rate of an activity … without unacceptable impact.”

Environmental capacity is widely used in China to define acceptable limits for the amount of pollutants produced or discharged into the atmosphere. Each region has its own capacity and local governments determine quotas for each factory. If no quota is available for a factory to construct, rebuild or expand the operation, they are generally prohibited from proceeding.

Once companies are identified and included in a governmental list, authorities can require industries and factories to set up online pollutant monitoring that is connected to the local authority’s supervisory system. Such systems are typically designed to capture instantaneous VOC emission data.

While some multinationals with operations in China — such as Toyota and General Motors — have begun to establish VOC reduction goals comparable to their GHG emission reduction goals, efforts to address VOC emissions within industrial supply chains and operations remain varied and limited.

Companies from key VOC-emitting industries will be honed in on regardless of specific processes, consumption rates or volume of emissions.

Innovative practices often can be found at the local level. The municipality of Shanghai, China’s largest city, is often a leader in this regard. Shanghai offers an example of a municipal government that has established a long-term protocol for VOC emission management, aligning with the goals of the national Blue Sky Defense Battle. As part of its “One Factory, One Control Plan” (Chinese), Shanghai provides a comprehensive list of methods (and projected timelines) for reducing VOC emissions across 29 diverse industries, ranging from ink and adhesives to PVC and synthetic fiber production.

Two industries that emit significant quantities of VOCs and have extensive supply chains in China are the electronics and cleaning agent industries. Shanghai outlines specific governance tasks for reducing VOC emissions along various stages of production. Selected examples of required and recommended actions include:

While this article provides select examples of steps being taken by companies and municipalities, corporate industry goals and action plans for VOC reduction remain unclear and inconsistent.

The requirements and policies of VOC management in China are dynamic and growing more stringent both nationally and locally. Part of the challenge for global companies is understanding and interpreting requirements, identifying the potential for high-risk interruption and determining economical and environmentally responsible actions that can mitigate or avoid these risks.

Furthermore, unique policy is being formulated according to the needs and specialties of different regions, industries and factory conditions. Companies that have responsibility for facilities and supply chains in China can benchmark against these to better understand their regulatory and business interruption risks.