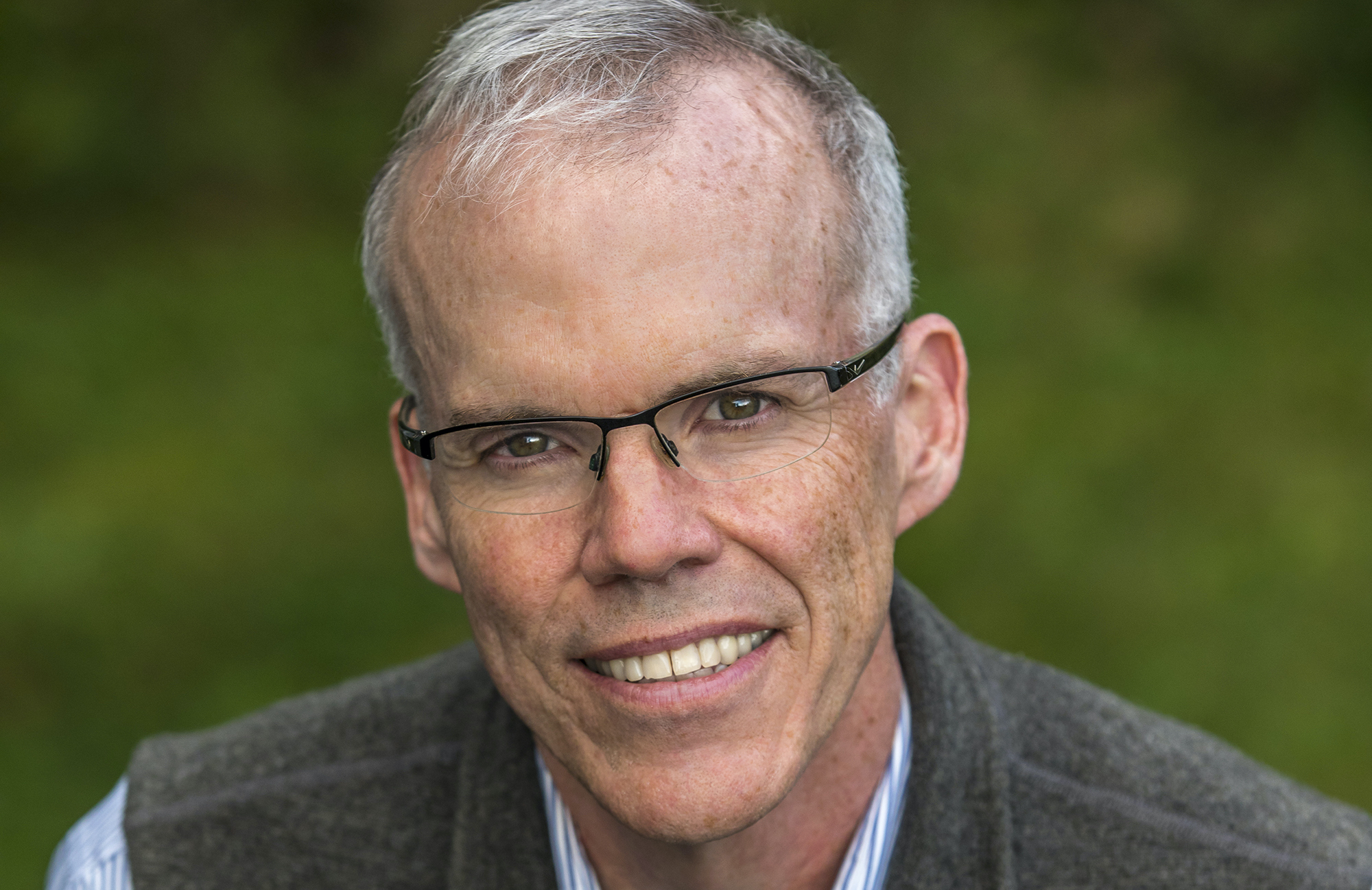 Four years ago today, many corporate sustainability professionals — regardless of political leanings — stood shocked as they watched Donald Trump clinch the presidency in one of the biggest upsets in American presidential history. Many of us feared for the future of climate action, and pretty much every other social and environmental issue.

We were right to worry — things are, to be blunt, looking pretty terrible from a federal climate policy perspective. The Trump administration has abandoned all semblance of U.S. leadership on the climate crisis during the very years when we needed to be taking the most decisive actions to curb emissions.

It axed the Clean Power Plan, gutted the National Environmental Policy Act, weakened the role of scientific evidence in environmental policy and withdrew the United States from the historic Paris Agreement — a decision that takes effect Nov. 4 — among an endless list of other anti-climate actions. Meanwhile, the climate crisis has continued to devastate communities across the country with record-shattering extreme weather events — from hurricanes and floods to droughts and wildfires.

With the latest science telling us that we have until 2030 to take the necessary actions to limit warming to 1.5 degrees Celsius and avoid the worst impacts of the climate crisis, we can’t afford four more years of what we’ve seen — or, rather, haven’t seen — over the past four years.

I think probably corporations would be wise to be very humble in their storytelling.

“If we don’t get much of the work done by 2030, we probably aren’t going to get a chance to do much afterward because it’ll be too late,” said Bill McKibben, founder of 350.org, last week during a VERGE 20 keynote.

While McKibben praised the proliferation of voluntary individual and corporate actions to address the climate crisis, he emphasized that this wouldn’t be enough.

“It’s very good that corporations are moving to electrify their delivery fleets, but I will tell you … the fleets I care about most are the fleets of lobbyists being deployed on Capitol Hill,” McKibben said. “It’s time to make sure those guys aren’t spending all their time trying to get the next tax break and to make sure they are falling in line behind the things we need to do to have a liveable planet.”

While it’s true corporate sustainability continued to advance climate action even during the Trump administration — and likely will continue to do so regardless of who sits in the White House over the next four years — the climate crisis won’t be solved by a hodgepodge of voluntary actions. It will require sweeping policy change, and businesses can and must play a central role in making this happen.

“I do think that it’s most impressive when you get people cooperating across industries to tell a story together,” McKibben said. “But I also think that companies can really start … if they really have a genuine story to tell, as part of the story of their own progress towards understanding what justice and solidarity are coming to mean. We’ve got to move out of a world where we see it simply as a zero-sum game where companies fight with each other to be the biggest or the best or grow the fastest, or whatever. People have to understand that at this point in Earth’s history and human history, this requires something much deeper, more profound. I think probably corporations would be wise to be very humble in their storytelling.”

Change the narrative, change the game

One of the most powerful ways businesses can help advance climate policy is by helping to counter the false narrative that climate action and economic prosperity are mutually exclusive. Years of misinformation campaigns bankrolled by Big Oil first worked to sow doubt over whether the climate crisis was even real.

While the United States still has a significant number of people who downplay or deny the climate crisis, six in 10 Americans view it as a major threat — up from 44 percent from 2009, according to Pew. This change in opinion is likely in large part because the impacts of the climate crisis — such as extreme weather, floods and wildfires — have been too gargantuan to ignore more than a sudden increased love for science.

Meanwhile, those who oppose climate action have shifted their strategies. The narrative has changed from denying the climate crisis outright to acknowledging its existence while claiming that taking action to address it would hurt the economy.

“The big issue on climate is getting influential companies to influence policymakers and counteract the negative influence of those who are trying to preserve the status quo,” said Bill Weihl, executive director at ClimateVoice, recently during a thinkPARALLAX Perspectives virtual panel event, “Brand Advocacy: The final frontier of climate leadership,” which I moderated.

There’s plenty of negative influence to be countered — since the Paris Agreement was signed, companies such as Chevron, BP, ExxonMobil and others have spent over $1 billion in direct lobbying against climate policy in the United States.

“The big challenge big companies face as they think about brand advocacy is political risk,” Weihl said. Many companies fear that if they speak up on an issue such as the climate crisis, they might draw unwanted regulatory attention to another aspect of their business, which could hurt their bottom line, he added.

Moving forward, companies must find the courage to overcome this fear because they are uniquely positioned to help change the national conversation on the climate crisis. Today, Americans are more likely to trust companies than the federal government, a factor largely influenced by the corporate response to the pandemic, according to an Axios-Harris poll.

“Companies should advocate for issues and policies that align with their mission and values,” he said. This shouldn’t be done to sell more product, Wolf said, but to put in front of the public who you are so that consumers can join you in advocating for some endpoint. “Make sure that what you do advocate for is aligned with positions you’re taking outside of the consumer space because if there’s a lack of alignment, you are going to be subjecting yourself to criticism.”

During the thinkPARALLAX panel, Michael Millstein, global policy and advocacy manager at Levi Strauss & Co. said that, before advocating on an issue, the company puts the policy up to a test of whether it is consistent with its core values and if the benefits of weighing in on this outweigh costs and risks. “Climate policy clearly passes this test,” he said.

If a company effectively makes sustainability core to business strategy, there naturally won’t be a conflict between departments, said Darcy Shiber-Knowles, director of operational sustainability and innovation at Dr. Bronner’s, during the thinkPARALLAX panel. If capitalism is a force for good, then the term “corporate sustainability” shouldn’t even exist, she said.

“Corporations ought to be sustainable and inherently socially responsible,” Shiber-Knowles said. “So to have one department that is not in alignment with another department focused on long-term sustainability doesn’t make good business sense.”

The next four years

While uncertainty shrouds the future political environment around the climate crisis, one thing companies can bank on is growing expectations from all stakeholders to better engage on climate policy, among other issues. Just as silence is complicity in the ongoing movement for racial equality, the same could be said of the climate crisis.

“The No. 1 thing that will come out of the election, regardless of who wins, is that the appetite will still be there from consumers and organizations to do something about climate change,” Lopez said.

Millstein agreed. “The outcome will influence what’s on the table, but there will be opportunities regardless,” he said.

Remember to get out there and vote — and don’t stop there. We are the last generation that can do something about the climate crisis before it’s too late. Another four years of a Trump administration certainly would be a setback for the planet and everyone living on it, but it doesn’t mean game over — any more than a Biden victory means we can sit back and relax.

Democracy is difficult and demands our constant civic engagement in order to realize desired outcomes. We owe it to ourselves and everyone who comes after to fight for policy change that addresses the climate crisis and secures a better future for all.