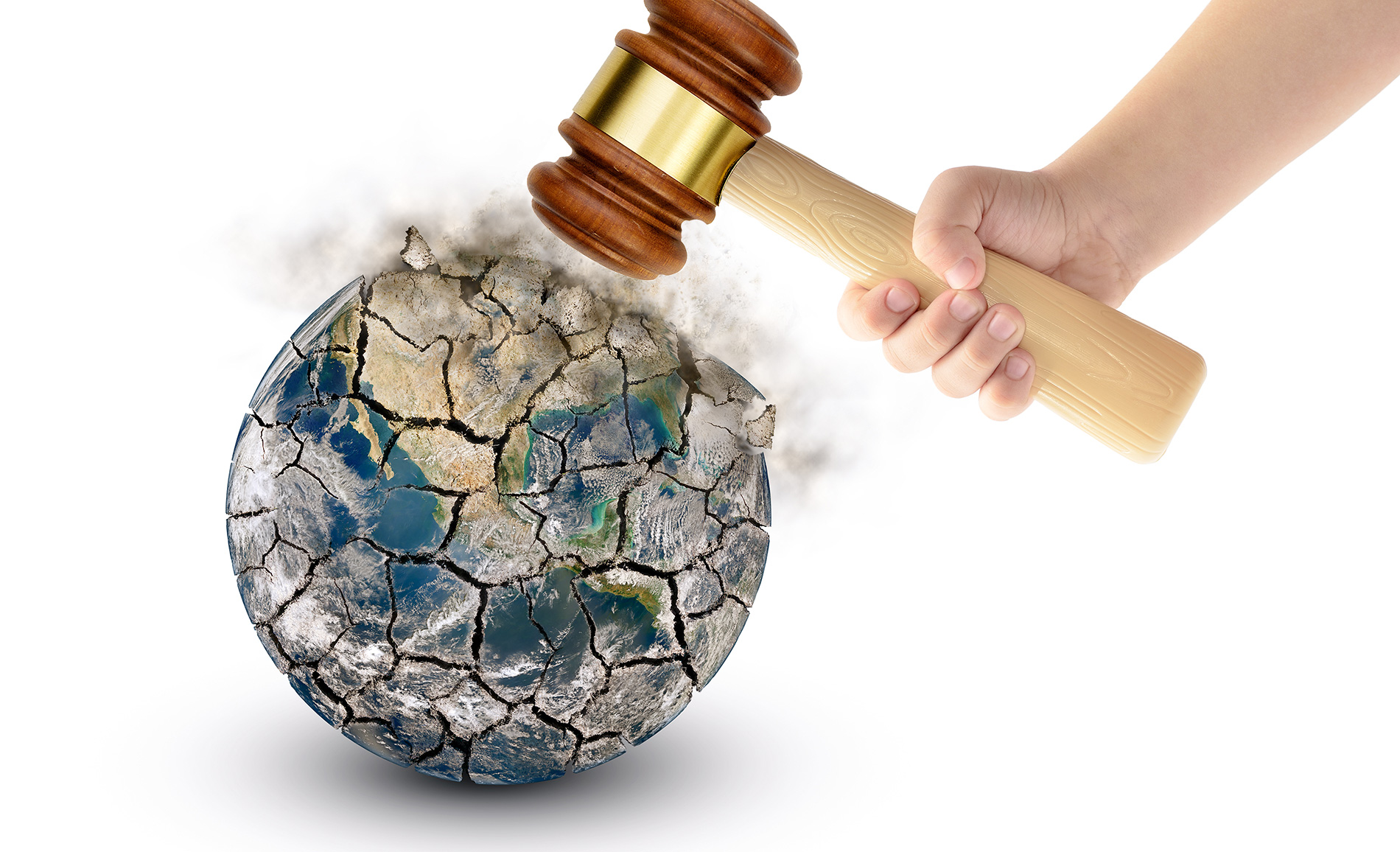 When it comes to the climate crisis, it’s not just what you make and sell, it’s what you do, and for whom you do it.

That’s the message from several recent reports focusing on the role of service-sector companies in addressing — positively or negatively — climate change. The mere existence of these documents, and the campaigns behind some of them, represent another broadening of the conversation, a clarion call for nontraditional business players to lead, or at least not hinder, efforts to address the climate crisis.

Exhibit A: law firms. According to a new report from Law Students for Climate Accountability, most of the top 100 law firms in the United States “provide far more support to clients driving the climate crisis than clients addressing it.” Its research focuses on the work of Vault Law 100 firms, “the most prestigious law firms based on the assessments of lawyers at peer firms.”

According to the group’s scorecard, Vault 100 firms:

The study analyzed litigation, transactional and lobbying work conducted from 2015 to 2019. Each firm received an overall letter grade reflecting its contribution to the climate problem based on the data in these three categories. Four firms receive an A while 26 received an F. Even among those in the middle, the group found that “some firms contribute far more to the climate crisis than others.”

The report is intended to provide law students and young lawyers “with a resource when deciding on their current and future employment,” it said, adding:

We cannot ignore the role of law firms in exacerbating the climate crisis, and this report is another step in raising consciousness of how our employment choices shape the world. We, the next generation of lawyers, can choose what firms to work for and where to spend our careers. We can ask law firms how they plan to address their role in the crisis and hold them accountable to do so.

Of course, for the firms themselves, it’s mostly about following the money. After all, the $41 million ExxonMobil spent on climate lobbying in 2019 (according to InfluenceMap) exceeds the entire $37 million annual operating budget (2019) of Greenpeace USA. “Climate lobbying” in the report is defined as efforts “to delay, control or block policies to tackle climate change.”

Still, as the group notes, “These firms could use their extraordinary skills to accelerate the transition to a sustainable future, but too many are instead lending their services to the companies driving the climate crisis. Law firms cannot maintain reputations as socially responsible actors if they continue to support the destructive fossil-fuel industry.”

It will be interesting to see whether shining a bright light on the nation’s top firms — which generally avoid scrutiny, let alone comparisons with one another — will encourage them to forgo revenue in favor of the greater good. Will job-seeking law students truly shun firms seen as bad actors? And if firms dropped oil, coal and gas companies as clients, would it move the fossil fuel industry even one iota?

Suffice to say, the jury is out.

Lawyers aren’t the only service-sector firms targeted for their climate ties. A report coming out later this week from the Australia-based Sunrise Project “will reveal that the top 10 U.S. health insurers are all invested in the fossil fuel industry” and will call on insurers to divest from these companies, calling them “the greatest threat to human health.”

On a more proactive note, the CFA Institute, a trade group that measures and certifies financial analysts, recently released “Climate Change Analysis in the Investment Process,” a report that aims to improve the industry’s understanding on how climate risk can be applied to financial analysis.

The report, written by Matt Orsagh, director of capital markets policy at the institute, explains the economic implications of climate change and covers such topics as a price on carbon and the growing carbon markets, increased transparency and disclosure of climate metrics, and how analysts should engage with companies on the physical and transition risks of climate change.

And then there are banks and other financial institutions, which have long been the focus of climate activists. That, too, is ramping up. Earlier this month, the Science Based Targets initiative released a framework and validation service for financial institutions “against the backdrop of growing awareness of the material risks posed by climate change.”

Fifty-five financial institutions including Bank Sarasin, Amalgamated Bank and Standard Chartered are backing the new certification and already have committed to setting science-based targets. For the first time, those organizations have the opportunity to verify their emissions reduction plans against the goals of the Paris Agreement. I’m fairly certain that campaigns are already ramping up to get the world’s largest financial institutions on board.