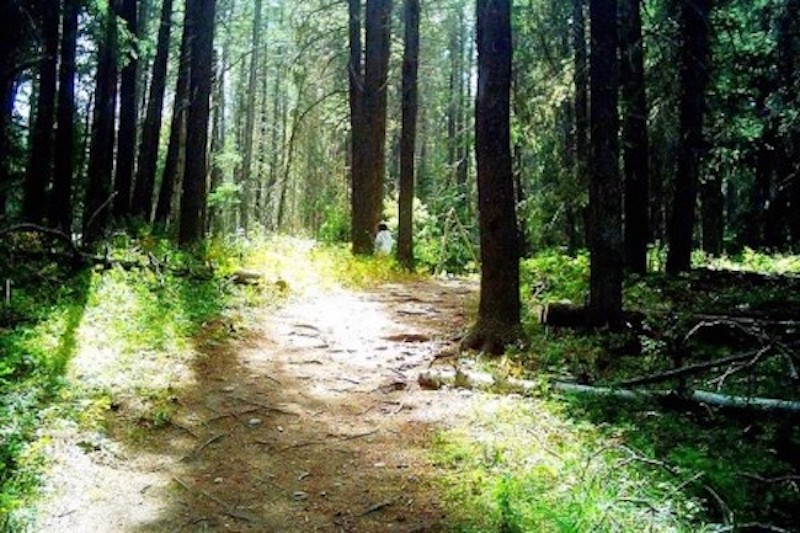 On June 23, Amazon commenced its $2 billion Climate Pledge Fund to further endeavors to become net-zero by 2040. In January 2020, Microsoft committed to invest $1 billion over the next four years as part of their Climate Innovation Fund. And on July 21, Apple committed to become 100 percent carbon neutral across its entire business, supply chain and product life cycle by 2030.

These commitments and investments along with those of other corporations have created an important source of demand and funding for forest carbon. While much of this capital will be used and already has been used for other carbon removal strategies and technologies, a significant portion of it has been and should continue to be available for forest carbon.

But corporations do not just go directly to and pay landowners willing to conserve their forest. Instead, carbon project developers that act as the intermediaries between the two making everything happen.

There’s also a problem: Despite the billions of dollars put forth for carbon removal, the price per forest carbon credit is still not high enough to prompt a critical mass of owners to stop traditional harvesting and start the carbon-credit adventure. Currently, the average price per credit in the voluntary market is about $4 to $6 and in the compliance market it ranges between $12 and $14, according to two companies.

To better understand how forest carbon projects are conducted, the CFN interviewed three carbon project developers, EP Carbon (formerly Ecopartners), Bluesource and Finite Carbon. In spite of their respective success, all three developers have different business strategies. Finite Carbon specializes in forest carbon projects and puts emphasis on understanding landowners’ needs and how carbon strategies can fit into and be a part of forest management. EP Carbon uses innovation and creativity to make carbon projects and their accompanying standards work for an eclectic range of landowners. Bluesource takes on many project types beyond forest carbon and tailors their process not only to landowners but to corporations as well by making marketing a top priority.

Nonetheless, there are various ways to go about doing this. For starters, geographies may vary for each carbon project developer. Central Appalachia and the old pulp and paper regions of Maine, the lake states, northern New England and upstate New York are hot project areas for Bluesource. However, most of Finite Carbon’s projects — 70 percent by volume — are west of the Mississippi River. EP Carbon on the other hand, takes a much more international approach. It has conducted projects in the United States as well as South America, Central America, Africa, Indonesia, Papua New Guinea and Vanuatu.

Domestically, landowners in the old pulp and paper regions want compensation for their pulp and paper wood without having to cut it. Thus, the price per credit problem is less of an issue in these areas and Bluesource has made a point to capitalize on them. Central Appalachia is also a popular spot for Bluesource because property on mountainous terrain is not heavily managed nor expected to generate tons of revenue, which helps to avoid the price per credit dilemma as well. There is also an abundance of hardwoods in this region, which have more carbon content than pines.

Despite the billions of dollars put forth for carbon removal, the price per forest carbon credit is still not high enough to prompt a critical mass of owners to stop traditional harvesting.

EP Carbon’s focus on the international voluntary market has led it to using different standards and protocols from Bluesource and Finite Carbon. It tends to use Verra’s Verified Carbon Standard (VCS), which is more geared for international and REDD+ projects, whereas Bluesource makes more use of the American Carbon Registry (ACR) Standard for their abundance of voluntary projects. And Finite Carbon leans more on the California Compliance Standard, as it conduct more compliance projects.

The VCS and many of EP Carbon’s projects are geared toward stopping deforestation threats and land conversion in the global south. While these projects present their own set of difficulties, focusing on them is an effective way to avoid the typical scenario in which a landowner finds that harvesting their trees is more profitable than a carbon project.

Finite Carbon has a different way of dealing with this problem. Unlike Bluesource and EP Carbon, Finite Carbon specializes in forestry carbon projects. This strategy is baked into Finite’s staff as well. Many worked in conservation or forestry before coming to Finite.

“Having focused solely on forestry projects, Finite has a grasp on forest management, land use protection and conservation,” said Dylan Jenkins, vice president of portfolio development at Finite Carbon.

Taking this approach has allowed Finite to really understand landowners and given them a knack for implementing carbon strategies into landowners’ pre-existing management regimes. This is something that developers struggle with, as many landowners do not want to change their preset regimes nor like the idea of having their trees or part of their property locked into a long-term agreement. Making carbon projects more convenient for landowners and figuring out how they can exist in harmony with their harvests has allowed Finite to overcome these problems and the price per credit dilemma on many properties.

In contrast, Bluesource has seen their own advantages by conducting additional carbon project types, such as Ag Methane, Acid Gas Injection, Energy Efficiency and Renewable Energy and Carbon Capture.

“This has allowed Bluesource to not only expand their buyer network but to have more set-in-stone buyers as well,” said Aaron Paul, director of forest carbon origination at Bluesource. Taking on a range of carbon credit projects also gives Bluesource the ability to make entire footprint reports for their clients.

Similar to Bluesource, EP Carbon goes beyond forestry and includes grassland, shrubland, wetlands, mangroves, dry land savanna, and water or blue carbon projects. Some of these projects are done on their own but EP Carbon also combines them with forest carbon projects when appropriate. This allows EP Carbon to generate more revenue for landowners and to make the projects more attractive for them than just harvesting their trees.

EP Carbon also makes a point to be very flexible when it comes to standards. While it makes use of the VCS for international projects, it does not wed themselves to any one standard. It uses whichever standards are the best fit for their clients for each project even if the standards would not customarily be used for the given projects. Unlike many developers, EP Carbon pushes the standards to the limit and bends them to make them work for its projects, despite the standards’ strict constraints. “Our projects are more experimental and creative; they push the boundaries of the field,” said Zach Barbane, director of projects and operations at EP Carbon. This EP Carbon approach is effective for incorporating more landowners and is another way to overcome low prices per credit.

Bluesource and Finite take a very different and much more systematic approach. Nonetheless, Bluesource controls most of the United States’ voluntary market. Likewise, Finite has procured 45 percent of all California Compliance forestry offsets, which makes up 37 percent of all California Compliance offsets. (Both work in both forms of markets.) By sticking to the same standards and perfecting their compliance to them, both developers have become accustomed to applying standards to various properties. This has allowed Bluesource and Finite to make carbon projects work for a lot of landowners.

Unlike many developers, EP Carbon pushes the standards to the limit and bends them to make them work for its projects, despite the standards’ strict constraints.

Yet the price per credit dilemma still keeps many landowners from implementing carbon projects. One of the main underlying problems that amplifies this dilemma is that small landowners with less than 5,000 acres typically cannot overcome the inventorying and verification costs associated with carbon projects.

To address this issue, EP Carbon developed an app and separate company, Forest Carbon Works (FCW). The app allows for the proper tree measurements for carbon projects to be taken on a smartphone. This has reduced the inventorying costs associated with the projects, making them more accessible for those with less land. As a company FCW also gives special attention to small landowners and tailors its process and services to their forest carbon needs. FCW has been verified by the California Air Resources Board and has enabled many landowners to pursue carbon projects. EP Carbon should feel good about using its innovative thinking to help bring small landowners to the carbon table.

Finite Carbon has also made an effort to reach small landowners with its new small business and device, CORE Carbon. This digital platform estimates the amount of carbon that is in a given forested area with a general geospatial outline of the property and remotely sensed data.

Accordingly, with CORE Carbon boots on the ground inventorying is not required and forest carbon projects are much more affordable for small landowners.

Unfortunately, even if both new technologies scale and inventorying becomes significantly cheaper, an average of about $10 per credit still will make harvesting more attractive for many both small and large landowners. Even large scale timberland investment management organizations (TIMOs) with millions of acres of land are not ready to implement carbon projects on their properties. Many TIMOs think at $10 a credit, harvesting is just the more economic decision.

Nonetheless, EP Carbon, Bluesource and Finite Carbon have all found unique ways to circumvent the low price per credit predicament and implement carbon projects despite it.