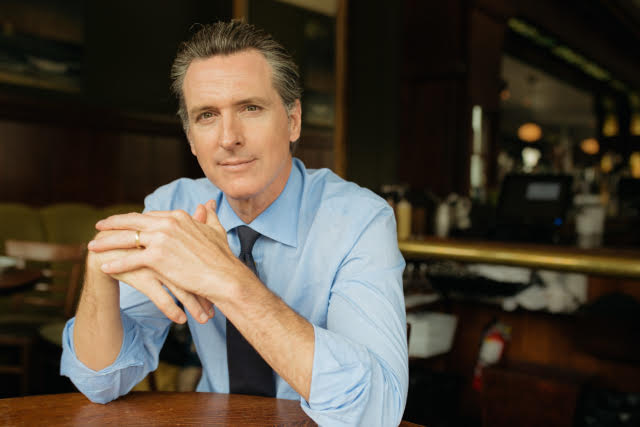 Last week — as historic wildfires ravaged the forests of California — Gov. Gavin Newsom signed a history-making executive order: The state will ban the sales of new gas-powered cars within the next 15 years.

It’s a huge move, and the strategy will provide a significant boost to the market for zero-emission vehicles. About 2 million new vehicles are sold in California each year. Essentially, starting in 2035 all of these would have to be electric.

The order is equal parts inspiring and jarring for a state that’s built major parts of its economy, as well housing and business development, around the internal combustion engine vehicle. But transportation emissions are the single largest source of greenhouse gas emissions in California, and they’ve been rising in recent years; state leadership needed to take aggressive measures now to reverse this trend.

Vehicle emissions also cause air pollution, so eliminating fossil fuel vehicles will clean up the state’s air (learn more about this topic in a webinar I’m running Thursday with City of Oakland, the California Air Resources Board and fuel company Neste).

The order is equal parts inspiring and jarring for a state that’s built major parts of its economy, as well housing and business development, around the internal combustion engine vehicle.

Here are five things you should know about California’s historic executive order:

The movement around gas car bans is growing: While California is the first state in America to set such a goal, countries and cities in Europe, as well as China, are taking similar measures. The United Kingdom is poised to move its fossil fuel-vehicle ban from 2040 to 2030, one of the most aggressive in the world and just 10 years from now.

Many European cities are tackling transportation decarbonization and air pollution by banning the driving of fossil fuel-powered cars within city centers. The Southern California city of Santa Monica recently became one of the first American cities to ban deliveries with fossil fuel vehicles.

Even in California, the idea of banning new gas car sales in the state has been volleyed around the state legislature for a couple years. Assembly member Phil Ting first introduced a bill in 2018 that sought to achieve the new gas car ban by 2040, but it failed to get support (as did a subsequent bill with a more detailed plan). If you’re wondering why Newsom opted for an executive order: This idea hasn’t been able to make it to light in bill form in California.

These movements are messy, and California’s will be, too: Because phasing out fossil fuel vehicles is such a new concept for many, expect a variety of fits and starts — and legal wrangling — around this order and these types of measures in general.

California’s order will face legal challenges from the auto industry, and also potentially from the federal level, if the Trump administration is elected again in November. A lot rests on the shoulders of the California Air Resources Board, which is responsible for creating and implementing a plan.

No one is coming for your old gas car: The executive order says that Californians still will be able to continue to drive already-owned gas cars and buy used gas cars after 2035. New cars are on average kept for 10 or 11 years, so it likely will be another decade after 2035 before the gas cars bought up until 2035 will be phased out.

A big question in my mind is how will Californian consumer car buying habits react to this? Will they try to buy gas cars within the next decade to get one in before the ban? Will the ban make them start to see electric as inevitable and thus make the switch sooner? Could you buy a new gas car in, say, Southern Oregon and drive it down into California after 2035? We’re all going to be learning.

This is an electric vehicle boost: California tries to shape its policies to be technology-agnostic. That’s why it says “zero-emission vehicles,” which can include EVs, but also fuel cell cars and anything else that can achieve zero emissions.

However, electric vehicles will be the real winner out of this order. EVs have been becoming increasingly cost-effective and convenient, thanks to dropping battery costs and greater availability of EV chargers. Other competing technologies, such as fuel cells, can’t compete as EVs start to scale.

This will require a big infrastructure buildout: Expect to see a serious scaling up of charging infrastructure related to helping consumers charge electric vehicles at homes (multi-family included), businesses, stores, gas stations and more. If the state is mandating that its residents can only buy electric cars, it better make sure that everyone has access to convenient and equitable charging options.

Making sure that this order doesn’t disproportionately disadvantage low-income communities that are already paying more than their share for transportation will be key to making sure the order is implemented smoothly and fairly.