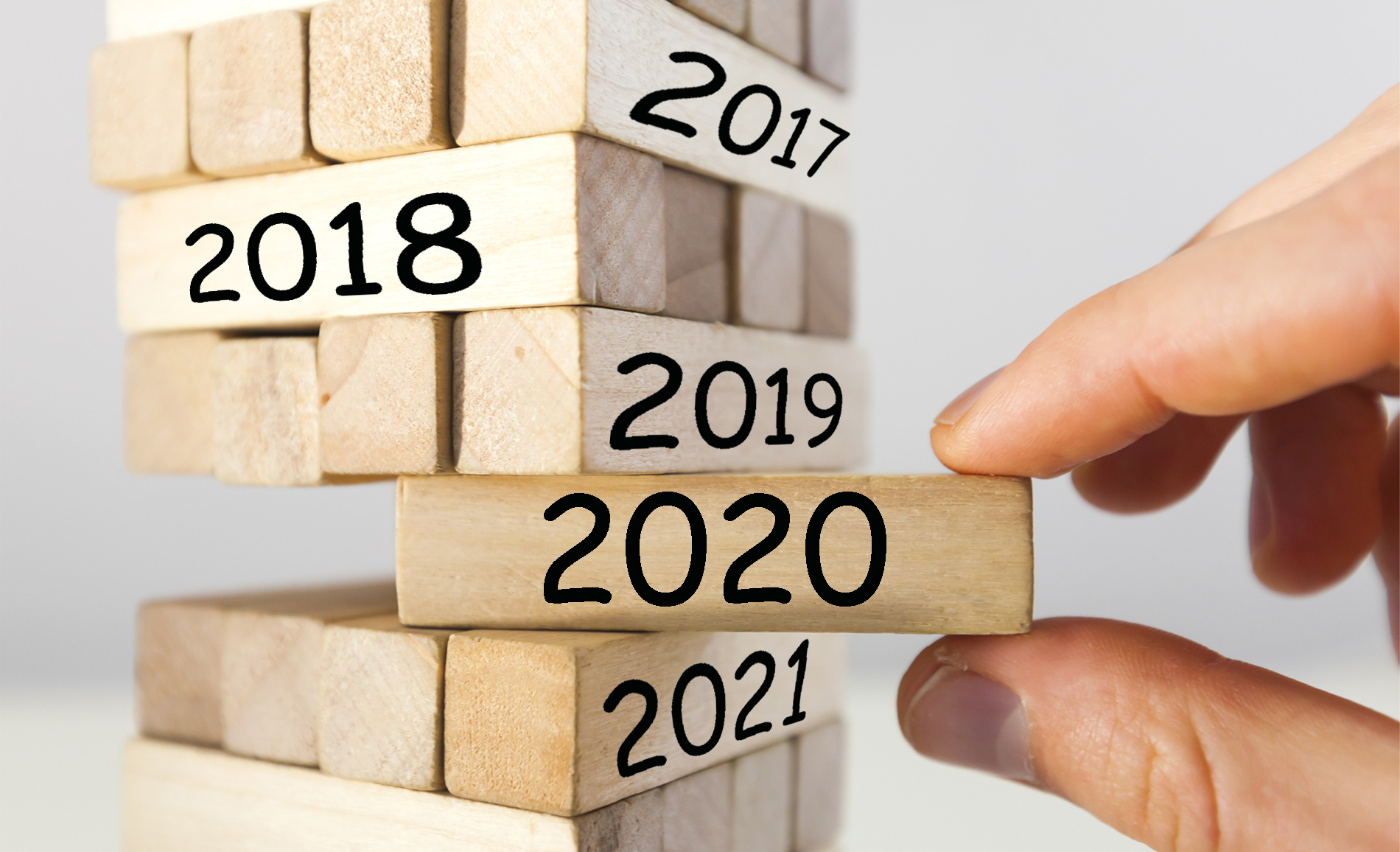 It was a very long year. True, just 366 days (it was a leap year, after all), each one, I’m told, containing only the standard 24 hours. But it was much, much longer than that.

To recall some of the key developments, as I have done each December for more than a decade, I’ve plumbed the nearly 1,300 stories, columns and analyses we’ve published on GreenBiz.com since the dawn of 2020 — a.k.a. the beforetime — accentuating the positive, seeking signs of progress and hope. We need such reminders to get us through these challenging times.

Here, in no particular order, are five storylines that I found encouraging during the 12 months just ending.

Here, in no particular order, are five storylines that I found encouraging during the 12 months just ending. (All links are to stories published on GreenBiz.com during 2020.) What would you add to the list?

The rise of electric vehicles has been a perennial story for nearly a decade, but 2020 saw the pace of change accelerate. Indeed, in January, my colleague Katie Fehrenbacher predicted that 2020 would be a key year for EVs. She was right.

Both the private and public sectors delivered big wins for the electrification of transportation. California’s governor signed a history-making executive order, banning sales of new gas-powered cars within 15 years. Britain upped the ante, with a similar ban but within a decade, helped by McDonald’s plan to install EV chargers at its UK drive-thru restaurants. On the supply side, General Motors and Volkswagen planned major EV rollouts.

Ultimately, how fast these markets rev up depends on demand from fleet buyers. Amazon continued its aggressive EV buying plans, as did both Walmart and IKEA.

One reason for all this: Batteries continue their journey down the price-experience curve, where increased demand lowers prices, further pumping up demand. New technologies are helping, many still in early stages. Some are specifically geared toward truck and bus fleets, an indication that the markets for medium- and heavy-duty EVs are about to kick into high gear.

Fashion is another long-simmering environmental story that has finally reached a boiling point. The issues are many, from the resources needed to grow cotton or produce synthetic fabrics, usually from petroleum feedstocks, to the waste that ends up in landfills, especially for inexpensive and trendy clothing items that often have a short useful life.

In 2020, several new developments help put sustainability in fashion. For example, the nonprofit Textile Exchange launched a Material Change Index, enabling manufacturers to integrate a preferred fiber and materials strategy into their products. It also launched a Corporate Fiber and Materials Benchmark to help the fashion and textile industry take action on biodiversity.

Circular models made the rounds, starting with the design department, where a lot of negative environmental and social impacts are baked into garments, usually unwittingly. Adidas and H&M Group teamed up for a project to recycle old garments and fibers into new items for major brands. German sportswear company adidas committed to using only recycled polyester across its supply chain by 2024. Markets for secondhand clothing racked up sales, including recommerce, where companies sell their own reclaimed and refurbished goods back to customers.

In the wings: startups touting a new generation of textiles, production methods and business models, suggesting there are a lot more innovations in store.

Saving and planting trees has been a cornerstone of environmental action pretty much since Day One. (Hence, the often-epithetic moniker “treehugger.”) And pressing companies to eliminate deforestation in their supply chains has long been an activist focus.

Now, companies themselves are seeing the business benefits of proactive forestry policies.

First, there’s risk mitigation — ensuring “a company’s ability to sell products into a global supply chain,” as a BlackRock executive put it. It’s not just the climate impacts of concern to investors. Deforestation and human rights abuses often go hand-in-hand — “there’s almost a direct correlation,” said another investor — an additional layer of risk for companies from neglecting forests and those who live and work there.

And then there’s the opportunity for companies to offset their emissions, since trees are a natural climate solution that can help draw down greenhouse gases, especially firms adopting net-zero commitments (see below). Microsoft, JetBlue and Royal Dutch Shell are among those seeking to offset a portion of their carbon footprint by investing in forest protection and reforestation.

Finally, there are the innovators — entrepreneurs who see gold in all that green. Silicon Valley venture capitalists are beginning to branch out into forestry-related startups — companies such as SilviaTerra and Pachama that provide enabling technologies to facilitate forestry projects. These entrepreneurs likely saw opportunity in the Trillion Trees initiative launched in early 2020.

Of course, success requires stopping deforestation in the first place, especially in tropical rainforests. And that remains a problem. Half of the companies most reliant on key commodities that have a negative impact on forests — palm oil, soy, beef, leather, timber, and pulp and paper — don’t have a publicly stated policy on deforestation, according to one report.

Still, some firms are making progress. Mars, for example, announced that its palm oil — used in food and pet care products — is now deforestation-free after shrinking the number of mills it works with from 1,500 to a few hundred, a clear-cut sign that progress is possible.

4. Food equity showed up on the menu

For all the talk about Big Ag and Big Food, there’s a growing recognition of the smaller players in the food chain, from farmers and producers to those who prepare and serve meals. And, of course, the 821 million or so humans who face food insecurity, according to the United Nations. And that stat was from 2018, long before this year’s pandemic and global recession created millions more hungry bellies.

With restaurants closed and other foodservice operations curtailed, one lingering question is what the world’s largest food companies are doing to help their suppliers and other partners.

“Retailers and brands are recognizing that if they don’t step in to help their producers and distributors, the links holding together those supply chains may crack in ways that aren’t easily repaired,” my colleague Elsa Wenzel reported back in June.

Collecting uneaten food or unsellable produce for distribution to those in need is one activity that accelerated during the pandemic. A newish concept, “upcycled food” — goods that “use ingredients that otherwise would not have gone to human consumption, are procured and produced using verifiable supply chains, and have a positive impact on the environment” — is being promoted by a nonprofit consortium called the Upcycled Food Association.

Increased concern for farmers is also on the menu. Fair Trade certified crops continue to rise, ensuring a living wage for many smallholder farmers, and there’s growing interest in supporting Indigenous farmers, who have long practiced regenerative techniques. The Regenerative Organic Alliance developed a standard to support farmers who promote soil health.

All this will require making capital and assistance available to growers around the world, including the data and analytics that increasingly are core to 21st-century farming. And to do this quickly, before the ravages of a changing climate create further hardships for both food producers and consumers around the world.

And finally, zero — perhaps a fitting coda to a year that boasts two of them in its name. What began just a couple years ago blossomed into a full-on movement as the number of net-zero commitments doubled in less than a year.

Some went further. Microsoft said it would become “carbon negative” within a decade, with a stretch goal to remove all the carbon it has emitted since it was founded in 1975. The travel-intensive strategy firm BCG said it aspires to be “climate positive” by removing more carbon dioxide emissions from the atmosphere than it emits.

But getting to zero — or neutral or positive or some other goal — is not without controversy. As one report noted, net-zero commitments vary widely in terms of their metrics and transparency, among other things. That is, no single standard governs the way net-zero is defined or measured, or how it should be communicated. As such, net-zero could soon be in the crosshairs of activists eager to point out corporate greenwash.

Help could be on the way. In September, the Science Based Targets initiative unveiled plans to develop a global standard for corporate net-zero goals, including the role of carbon offsets, a practice whose massive expansion is itself problematic and controversial. How it gets resolved will be an enduring storyline for 2021 and beyond.

Those were hardly the only 2020 storylines of note. There was a significant uptick of Wall Street interest in environmental, social and governance (ESG) reporting … a surge of attention by companies to environmental justice … the continued rise and empowerment of corporate sustainability professionals.

Oh, and the advent of a new U.S. presidential administration that promises to reengage with business and the global community on addressing the climate crisis.

That is to say, 2020 wasn’t all about the pandemic, recession and you-know-who.

If that’s not enough, here — in alphabetical order by company — are a baker’s dozen other hopeful headlines from the past 12 months:

I invite you to follow me on Twitter, subscribe to my Monday morning newsletter, GreenBuzz, and listen to GreenBiz 350, my weekly podcast, co-hosted with Heather Clancy.